The Power of Sexual Energy – Better than meditation?
by The Lover 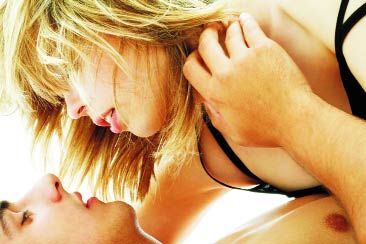 In March, we started our conversation about sexuality and Eros. In the esoteric teaching of the Hebrew Kabbalah, sex stands as the ultimate model for how life should be lived, the sacred wisdom needed to animate and guide its every aspect.

The core teaching of the Kabbalah is that sex models Eros – the force that animates, inhabits and moves all of life. Even so, sex does not even begin to exhaust Eros.

Not everyone wants to engage in conversation about sex and Eros. While sexual energy is enlivening, powerful, and creative, it paradoxically can destabilize and destroy as well. Sex is not a moral problem per se, although because of its extreme power, it is commonly interpreted that way. Strip out the right and wrong of it and, basically, sex is an energetic challenge.

Sexual energy aroused is invigorating, enjoyable and life-giving. The prospect of a beautiful sexual experience opens the mind and sense perceptions to the most delicate details. Rigid mental outlooks relax; men and women alike become more receptive to the world. Everything looks brighter and more hopeful, more seems possible, and creativity opens in new channels. The Muse is the source of creative inspiration, and she is most often described in the language of love and courting.

Improperly directed, sexual energy can ruin friendships, devastate marriages, debilitate careers, or destroy the leadership of the Democratic party and the entire free world. From one perspective, Bill Clinton's affair with Monica Lewinsky is directly responsible for the Bush presidency and consequently for the Iraq war. This thought alone is enough to kill anyone's desire.

Hidden in the teachings of Hebrew Kabbalah, the Hindu and Buddhist Tantras, and believe it or not, even in Joseph Smith's explorations of mystical reality, is the recognition that sexuality is a powerful energetic source for spiritual awakening, as well as the source of spiritual wisdom. And not necessarily sex within the context of marriage or monogamy. The Japanese poet Ikkyu, a 14th-century Zen master wrote:

Rinzai's disciples never got the Zen Message,
But I, the blind donkey, know the truth:
Love play can make you immortal.

The autumn breeze of a single night of love is
better then a hundred thousand years of
sterile sitting meditation.
(from "Wild Ways," translation 1995)

Of course, a single night of love play is better than sitting meditation if you are only interested in a single night of sexual pleasure. This much is obvious, particularly to anyone who has sat through a long sesshin or meditation retreat. But a true Zen master, and Ikkyu was one, has a larger aim in life – to realize the true nature of mind, to become spiritually awake, and to share the path of this awakening with others. Ikkyu says quite literally that sex is better than meditation for this realization.

Sex can be better than meditation for awakening because in the beginning, it is more energetically potent than meditation. Sexual arousal is immediate, powerful and instinctive. Good sexual exchange synchronizes and coordinates body, spirit and mind, quieting the distraction of noisy, discursive talk in the head. It commands the attention, awakens the body, fills the senses, and invites surrender more than any other activity, and it does it with very little effort. The combination of alert awareness, relaxation and effortlessness is precisely the state that meditation invites. The controlling grip of ego relents, and awareness expands beyond the habitual identification with self.

For some people, the sexual is the first experience of moving beyond ordinary ego identification, relaxing into union, and experiencing the self as something ineffable, ungraspable and unnamable. In other words, sex has the potential to open you to yourself beyond yourself.