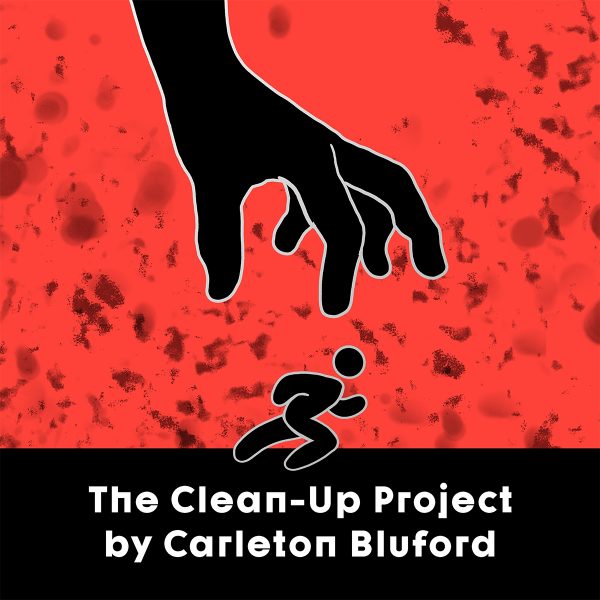 THE CLEAN-UP PROJECT began as a journal entry in response to the murders of George Floyd and Breonna Taylor. I told Jerry Rapier at Plan-B Theatre that I was trying to make sense of my feelings and he said he thought it could be a very provocative play.

As we began to develop what would become THE CLEAN-UP PROJECT, I wondered out loud if it would be obsolete by the time it was produced. Unfortunately, that has not been the case.

The hardest part of writing this play was hearing about horrible thing after horrible thing happening to a person of color and debating whether or not to include it. If I had added every event from then until now, I have no doubt that we’d be looking at a five-hour drama.

Plan-B provided an opportunity to workshop the play a little over a year ago. I entered that process with just an idea, a setting, and characters. But everyone involved helped bring out what I actually wanted to say. My process of writing this play directly mirrors what I was going through in my life, in real time. I had a lot of feelings but didn’t quite know how to express them or what people would think of me if I did. This struggle is central to the play.

Chris
I don’t know what will happen to you if you say no to this.

Jordan
But I know what will happen to me If I say yes.

Ryan
Every generation has a choice, we have to start somewhere and we are doing our best to start. New. With us.

Editing my speech and behavior to not anger another person is exhausting. Speaking candidly is something I’m just now learning to do and Jordan represents that in the play.

I needed to illuminate how infuriating it is for another person to comment on your actions, say they understand how you feel, but then labeling any action you take as violence. It’s reminiscent of being in the backseat of a car with your sibling and they keep tapping you with their index finger on the forehead. You know you’re not supposed to get angry, you tell your parents, and they are supposed to tell your sibling to stop. But after your sibling keeps doing it, even though they were told to stop, you get angry and you hit them, or you yell, or you cry, and then you both get in trouble.

But in this situation, it’s like one of your parents is the one smacking you in the face while the other parent drives the car, trying not to look. Your sibling stares out the window pretending that they don’t see it or they start yelling, “Hey, stop that!” for a few hours until they get tired, or they whisper that they understand what you’re going through and they hate it, in-between smacks. And when you have finally had enough, you get out of the car at a red light, pick up rocks, and throw them at the car, screaming and crying and leaving dents. Everyone in the car says “Hey, I know you don’t like being smacked, I understand that, but now you’ve dented the car! You’re causing real damage, come on, get back in the car and we’ll stop hitting you in the face.”

It sounds ridiculous but it’s hard not to be really, really angry at and hurt by everyone in that car. The car should immediately stop and everyone should confront the parent doing the smacking: “You’ve been slapping him for over 400 years. Try a different method. Hopefully one that doesn’t result in a black eye…or death.”

This is my play. Empathy. You don’t really know what it’s like to be slapped in the face for more than 400 years until it (metaphorically) happens to you.

THE CLEAN-UP PROJECT implores people to act, and to continue to act, until the job is done: to create hope for the future, and to caution ourselves against what we can become if we fall backward into the old way and do not push forward toward a new normal.

Carleton Bluford’s MAMA premiered at Plan-B Theatre in 2015 and was Utah’s first world premiere by a Black playwright. His latest, THE CLEAN-UP PROJECT, premieres February 17-27, 2022. Click on The Plays at planbtheatre.org. Proof of vaccination and masks are required for in-person attendance; a streaming option is also available.

This article was originally published on February 1, 2022.