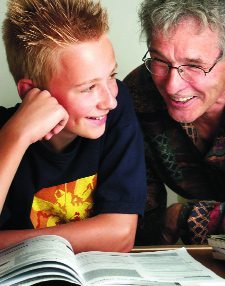 Weirdness does not mean evil.
by Dennis Hinkamp 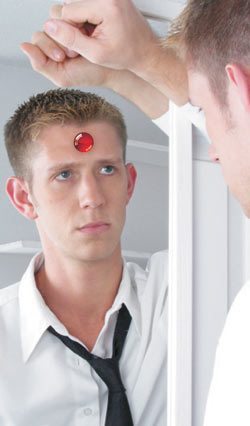 As someone who has always been tagged  "quiet," "keeping to himself," and "a writer of weird stuff," I have to speak out against this weak description that the media uses in mass murder cases.

The truth is, we don't know much about each other; we never have and probably never will. If we were even close to understanding each other we wouldn't read, watch and listen to 24-hour news about these cases every time they come up. There would be only one story.

"Blinking red mass murderer light goes off on man's forehead, some people fail to see it in time and die," the headlines would read.

Sure, there would be a few follow-up stories about how the blinking red lights should be bigger or that people shouldn't be allowed to wear baseball hats that might partially hide the blinking red lights. However, there probably would not be a week-long media frenzy for clues stretching back to kindergarten naptime irregularities.

We don't have a clue. The media only really serves to reinforce this because our anguish craves someone or something to blame.

We have to face reality. We have read, watched and listened to stories about murderers our entire lives, as others have throughout human history. The motives and implements may change through the ages, but people are still inconveniently unpredictable. People still hate and some people act on it. We do it all the time when we fight wars. It's only relatively recently that technology and firepower make it possible for a single person to be a mass killer.

Listen to yourself and your friends. We all have the angry gene; especially when it comes to those we perceive as richer and more powerful than us.

I've heard the nicest vegetarian people say "don't you just want to smack that guy?" I've heard others say "Don't you wish an earthquake would take out some of those rich people's ugly houses on the bench?"

But of course they don't really hit anyone.  Of course, they mean the house would be destroyed without anybody in it.

But they thought of it, right? Where did that come from? The mass murderer, the jihadist and the person who burns down the abortion clinic all come from the same place. We haven't been around long enough as a species to genetically separate into good and bad people.

The Virginia Tech student is just the most recent example. And the media and law enforcement will seize his computer and class notes and hope against hope they'll turn up naked photos of Margaret Thatcher or some peculiarity that will explain it all.

"Of course, we should have known; it'll never happen again," they'll report.

If evil is a real, tangible thing, it does not dance around in a red cape with horns. If it did, we'd know to step out of the way. It also doesn't lurk in all loner quiet guys, either. Hitler and Stalin were pretty loud guys. Ted Bundy was downright gregarious.

I don't know if there is a good explanation, but I do know it is deeper than "he was quiet and kept to himself."

Dennis Hinkamp is quiet and often keeps to himself, but this is indicative of nothing.