Slightly Off Center—Are we crazy or what?

There is a pertinent cliché that people who are really crazy don’t know they are crazy. If someone comes up to you and says “dude, I’m crazy, don’t trust anything I do or say,” you are probably pretty safe.
by Dennis Hinkamp 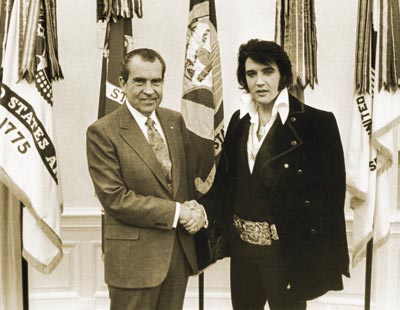 There is a pertinent cliché that people who are really crazy don’t know they are crazy. If someone comes up to you and says “dude, I’m crazy, don’t trust anything I do or say,” you are probably pretty safe.

I contend that most of the country is really crazy right now. Why? Because we aren’t freaking out when we should be freaking out. Gasoline is going to hit $4 a gallon by the Memorial Day vacation season, and every major oil producer other than Canada is run by someone even crazier and more violent than we are; yet everyone seems oblivious.

The fact that people aren’t running through the streets freaking out like the village mob in “Frank­en­stein” is a testament to pharmaceuticals, denial and too many channels of entertainment. I don’t see many people slowing down and skipping the fast-food drive-through.

It’s our new national character. We’ve become a nation that thinks water boarding is a beach sport and that the only benefit to car pooling is that you get your own lane.

And maybe that is really why those crazy, violent oil producers hate us; not for our freedom but because they suspect we really are crazy.

I am not quite old enough to claim the ’60s as my generation, which means I’m stuck with that polyester, disco ball generation to defend. Sure, the ’70s were silly in many ways, but at least then we had the good sense to freak out about oil.

Think about it, or read Wikipedia history if you must. The bad guys back then were OPEC (Organization of Petroleum Exporting Countries), a relatively peaceful alliance of oil producers who mainly cared about money. Rather than blowing things up, they just decided to increase the price and reduce the supply of oil to punish our Western ways. Sure, there was that little Iranian hostage situation, but that looks like spring break in Ft. Lauderdale compared to what is going on now.

On October 16, 1973 when I was a high school junior and just discovering the real reason people went to drive-in movies, OPEC raised the price of oil to $3.65 per barrel. I know we have to adjust for time and inflation but that price per barrel compared to today’s price per gallon is weirdly ironic and nostalgic.

People freaked out. How much?

People drove slower, the president turned down the thermostat—and we drove ridiculously small, flimsy cars. In other words, we reacted as sane people might.

The nation freaked out so much that on February 11, 1974, Henry Kissinger rolled out a plan to make the US energy independent. Who was the president then? It was none other than tricky Dick Nixon. The target date was 1980, and the plan was based on energy conservation and development of alternative fuels. So how is it we are here in 2008, barely pondering something that was originally supposed to be completed 28 years ago?

One conclusion you can draw is that the Watergate scandal ruined one of the best energy policies the country has ever had and that energy independence was to the ’70s what peace, love and social justice was to the ’60s—a short-lived fad.

Maybe it was a fad. But like those retrospective boxed sets of music and Ken Burns documentaries, our energy policy past is worth revisiting.

Dennis Hinkamp supports a return to 1970s sensibilities—except for the clothes and music.