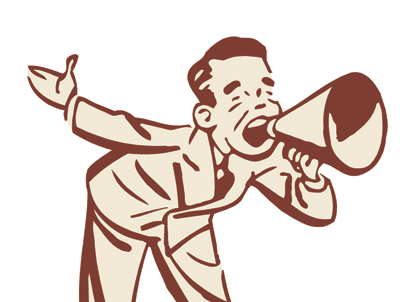 I love the news and, in fact, am a journalism graduate from a semi-famous university. I just find that most of it lacks imagination. So, here is the news as you would like it; not how it is.

The NFL promises to be even more stupid in 2015

In the wake of domestic abuse, concussion cover-ups, anti-trust suits, racist team names and men wearing too tight pants, the National Football League promised to keep striving to be more irresponsible in the future. This reassured ardent fans who thought the league was going to reduce violence and widen the goal posts for kickers.

“We really missed an opportunity to have the Dallas Cow­boys play the Washington Redskins on the Columbus Day Monday Night Football game,” apologized NFL officials. “This could have been the coolest thing since Custer’s Last Stand and those Civil War reenactment things. We’re planning a ‘show your colors for Ebola night’ for the playoffs once we decide which color best represents Ebola victims.”

In other moves the league vowed to cease beer sales after the second half two-minute warning (unless it looks like overtime is a possibility). Referees will receive armed escorts when they leave each game if the home team loses. The Instant Replay Challenge will be rebranded as the Additional Commercial Break Provision.

The new more liberal Pope Francis announced that from this day hence the Catholic Church’s official policy on everything is “Dude, whatever.” He then sped away eschewing the traditional Pope Mobile for a red Vespa scooter escorted by Vatican guards on matching Segways. He threw candy to the children along the route and assured them that Halloween was more about marketing than demonic behavior. In response to repeated questions about exorcisms, Pope Francis just laughed maniacally and shouted “redrum” in five different languages.

The new more inclusive Catholic Church welcomes gays, lesbians, thespians, Kardashians, Friday meat eaters, unwed couples and non-Latin speakers. All descendants of the Spanish Inquisition will be eligible for reparation benefits and rosaries will no longer be recognized as legal currency for sin removal. Faith and Works get equal billing and hymnals will be replaced with iPads. Sainthood will be offered to all Nobel Prize winners and Gold Medalists, but only in the Summer Games.

To be more accurate, those two forgot they were taking a photo with a phone and that they had their thumbs over the lens. Many celebrities were shocked to learn that you could take photos with a device that did not have cell coverage and had a front-facing lens. Confused models and sit-com actors were seen screaming into the lenses of Cannon EOS cameras when they could not get a signal. For the most part, celebrities are angered by the inequalities in the leaking process. “I pay a manager and a publicist and I couldn’t even get on the John (bleeping) Stewart Show with my full frontal. What’s it take to get some exposure in this country?” one A-list actor was heard to say.

Dennis Hinkamp does not want to embarrass the university from which he graduated so it will remain anonymous.