Sex and the Single Mom

Spring – and by spring I mean “sex” – is in the air. Not only am I surrounded by it at work at the zoo, with all the natural, verdant rhythms coursing through the place. But on weekend hikes I’ve seen squirrels making baby squirrels, and while I’ve been driving around doing errands, pigeons making pigeon chicks. Momentarily, even I was partaking, when I found a guy to date who tolerated my insane schedule. Alas, it didn’t last.
by Beth Wolfer 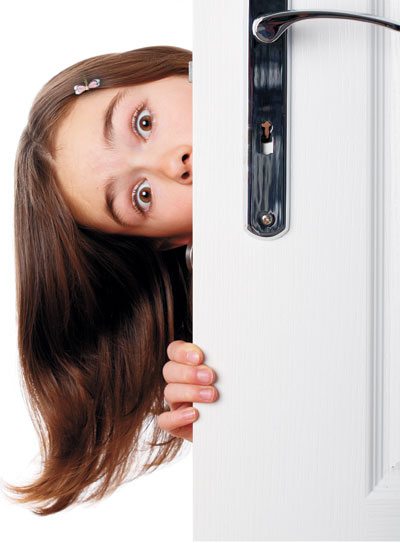 Spring – and by spring I mean “sex” – is in the air. Not only am I surrounded by it at work at the zoo, with all the natural, verdant rhythms coursing through the place. But on weekend hikes I’ve seen squirrels making baby squirrels, and while I’ve been driving around doing errands, pigeons making pigeon chicks. Momentarily, even I was partaking, when I found a guy to date who tolerated my insane schedule. Alas, it didn’t last.

I have three daughters, two of whom are “of age.” One is of “legal” age—over 18—and another of “older-than-I-was-when-I-lost-my-virginity” age. Being a parent of the ’90s, and now of the ’00s, I have had frank discussions with them about safe sex, about protection, about all things responsible and moral, abstinence and other options, and that yes, oral DOES count as sex (a hotly-debated topic – excuse the pun – in schools these days).

One time I offered to take my oldest daughter to the Student Health Clinic on her college campus before classes started, only to have her tell me, “thanks but no thanks, Mom. If I haven’t even kissed a guy by now, I’m pretty sure I won’t be needing the pregnancy hotline just yet.” Another time, in the doctor’s office I read with relish the pamphlet on the latest birth control options (not for myself, having been “fixed,”) but because there were so many new and unfamiliar choices out there these days.

When I was younger, the choices were The Pill, condoms (we of course called them “rubbers”), IUDs, diaphragms and the word “no.” Later, my personal additions to this list were toddlers and flannel sleepwear. My former husband used to joke that one of the best birth control methods was the combination of a flannel Lanz nightgown, complete with long sleeves and lace at the neck and wrists, with knee socks. Nowadays there are all of the aforementioned choices plus rings, patches, shots, dams, girl-condoms, and the ominous threat of HIV. It is mind-boggling, all the mother-daughter discussion we’ve had about their sexuality.

Little did I know that I’d be the one waiting for them to be out of the house so I could engage in some grown up “recess,” if you know what I mean.

I distinctly remember being 17, with a boyfriend at my house, just the two of us. I remember hearing the garage door in my childhood house rumble open, in the relatively early days of automatic garage doors, knowing we had approximately 18 seconds to wrangle our clothes back into place, smooth down our hair, strike an aloof pose on the sofa and casually greet my parents as they walked in the door.

Now that I’ve been dating, several years after my divorce, there have been a few instances when I, in my mid-40s, have been busted—by my children—an altogether horrifying experience for all involved, most of all for the poor man/object of my “affection.” The girls have never caught us in bed, mind you—I’ve been through enough family counseling and self-help books to know where to draw that line—but let’s just say that even the mildest of horizontal couch contact is enough to put us all into a state of mortified speechlessness.

I don’t have the luxury of the 18-second garage door warning signal that I had in my teens, since a) mine is the only car parked in the (detached) garage, and b) a large percentage of the time the girls are dropped off at home by friends in annoyingly quiet vehicles. Sure, I usually lock the front door, but in the heat of the moment, who hears a little old key?

“What is this, Mom?” he asks innocently, while the grown-ups quietly bust a gut in the background, several snorting with barely-contained laughter.

“It’s…an…….electric…………ear cleaner, honey,” she fumbles, snatching it out of his hands.

Now I may or may not possess an…electric….. ear………cleaner… but if I ever saw one of my children brandishing it, I would have to unequivocally and summarily curl up and die right then and there.

Sure, lots of progressive people would think it a perfectly natural and healthy topic of conversation to explain to my daughters that adult women—moms, even—have sexual urges and tendencies as strong as any…well, pole-dancing nympho is probably too strong a term. But how to tell them that the expiration date on “those” feelings does not equate to their birth date, or, more succinctly, to the date of their conception?

They’re too old for those safe scapegoat (and godsend) picture books we used as parenting crutches about potty training, eating veggies or even Sally having two mommies. These days, they are exposed to plenty of media images, especially on TV and movie screens, of hot and heavy passion by people as seemingly old as, gasp, their parents.

But the last thing any kid of any age (including my own) wants to picture is the parents having sex…with each other or anybody else. So, to have a single parent making out on the couch with somebody—anybody? Well, all they can say to that is, “ewwwwwwwwwwww.”

Oh, an occasional peck on the cheek or a momentary slow dance in the kitchen is fair enough and something they can tolerate. If they like the guy, they can pretend not to notice or do the big “ahem” as they approach. God forbid they don’t like him, though. That’s when they either plunk right down between us on the couch or give me the full-body eye-roll behind his back to signal, “get him out of here…” That’s when my name becomes a two-syllable word: “Mo-ommmmmmm!”

I admit it’s definitely intimidating to be with me…er…us here in what we fondly refer to as the “House of Hormones— All Estrogen, All the Time.” Awkward at best, here he is, a red-blooded, healthy guy, probably in his 40s, exerting his perfectly human attraction toward a person he’s gotten to know, like and desire …and although she would love to reciprocate, she’s looking over her shoulder like a bank robber.

I can’t apologize to him for his own discomfort, nor can I deny my maternal nature, nor can I ignore the girls’ feelings, nor my own lust. Not a comfortable position, any way you slice it, for anyone involved.

When did my parents have sex, anyway? Ugh.

Looking back, just slightly less awkward than imagining them in bed was sitting next to them in a movie theater as a teenaged girl when two people on screen were going at it. I have an indelible memory of an amorous scene in “Terms of Endearment.” Movies and, in the mid-’70s, Mutual of Omaha’s Wild Kingdom (perhaps foreshadowing for my current professional surroundings) brought forth the fervent wish I could melt right into the fabric of the chair.

So until my girls are grown and gone, or I am married to a stepdad they adore, or we move into a house with a garage that has a handy, noisy, 18-second warning signal, I guess I’ll keep it aboveboard and above-the-waist where men, my libido and my vigilant offspring are concerned. Unless we go to his house.

Beth Wolfer writes, works at Hogle Zoo, and lives with her daughters and pets in Salt Lake.