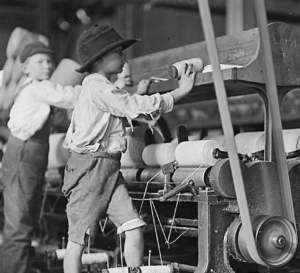 September 2 Labor Day now means mostly back-to-school sales. But the story behind the national holiday began in the streets as a critique of capitalism, growing out of decades of labor unrest. 19th century industrial workers protested 12-hour workdays, seven-day workweeks, child labor and dangerous work conditions. Rallies-turned-riots resulted in deaths and injuries among the workers and the police. It is said that President Grover Cleveland signed the Labor Day Act in 1894 as an olive branch to American workers, around the same time he set 10,000 Army troops upon 150,000 striking train workers, many of them former slaves. The Pullman Porter Co. had increased workers’ hours and lowered salaries but refused to lower prices in the company town’s stores or rentals.

September 6 Stock up for Utah’s Eat Local Week, which begins tomorrow! Head to one of the many farmers markets this week for fruit, vegetables, eggs. honey and various kinds of locally raised meats. See article, this issue.

September 7 The Kentucky coffee tree Gymnocladus dioica is said to make a wonderful caffeine-free coffee when roasted and ground. Harvest seeds from fall to early spring. The tree tolerates drought and city living. Several are found on the west half of Presidents Circle at the University of Utah.

September 9 House flies can be an issue this time of year. To make your own fly trap and bait, put 2 Tbs. of sugar with 2-3 Tbs. of water into a 1-liter plastic bottle with a few drops of vinegar. You can also add small pieces of apple or pear. Last, add a few drops of dish soap. Place near their gathering area. In a day you should have a bottle full of house flies.

September 10 Educate yourself this fall: Take a class, workshop or attend a lecture. See the CATALYST Calendar (in this issue and online) for free and low-cost community offerings.

September 11 Help your tomatoes ripen faster by snipping off the top six inches of the plant now.  Also, for improved flavor and color, remove leaves that shade the fruit.

September 14 Think GMOs are really no big deal? GMOs enable the widespread planting of crops that tolerate use of chemicals that end up polluting soils and waterways.

September 15 Head to the mountains and see the leaves begin to change colors. Depending on temperatures and elevation, you should be able to find color now into early October.

September 16 Does your compost pile smell (not in a good way)? Turn the pile at least weekly to aerate it. If the smell is ammonia-like, there’s too much nitrogen present. Add dry leaves, straw or ripped-up newspaper.

September 17 Want a fluffy omelet? Use eggs at cool room temperature. Add a pinch of cornstarch before beating.

September 18 Viruses are the most abundant life forms. An estimated 800 million of them fall from Earth’s virosphere onto each square meter of the planet’s surface every day. They come from other parts of the world, where they’ve been swept up by sea spray and dust storms. Thank goodness they are mostly beneficial to other life forms. 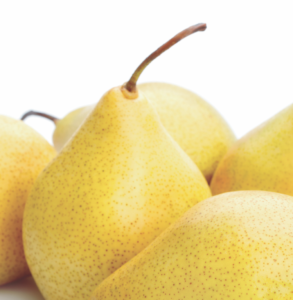 September 19 Pears (excluding Asian pears) ripen from the inside out. They go weird if left on the tree. To harvest, pick them when the lenticels (pores) on the skin darken and, when you lift up and twist the pear, it easily separates from the stem joint. For Bartletts, refrigerate for a day or two, then keep at room temperature for another day or two. This allows the starches to convert to sugars. To ripen a lot of pears at once, place the pears in a box and cover with a blanket or newspaper. Anjou, Comice, and Bosc varieties should be chilled for at least two weeks. Then ripen at room temperature. Pears purchased at the grocery store may need to be stored at room temperature for a few days before eating. How to tell the fruit is ripe: When you press your finger into the flesh near the stem, it gives slightly. The seeds are brown. And it tastes delicious!

September 20 To benefit from garlic’s reknowned medicinal effects, chop or press the garlic and then let it rest for 10 minutes before exposing it to heat. The main healing nutrient, allicin, develops when two components in the garlic commingle.

September 21 From the package to the pan: Food experts say Julia Child was wrong. Do not wash raw chicken before cooking—bacteria in the juices can contaminate other foods, utensils, and countertops.

September 22 The summer of 2019 ends tonight, as fall officially begins at 1:50am tomorrow.

September 23 Want to throw a block party in your low-traffic residential neighborhood street? Go to EventPermits@slcgov.com/ No fees are required.

September 24 Make the robo calls go away. Sign up with NoMoRobo, a company that has blocked 1,150,813,340 so far. It senses and allows legal calls but blocks the invasive telemarketing ones. $1.99/ month; free for landlines.

September 25 Q: How many legislators does it take to change a light bulb? A: Actually, the light bulb has already changed. Legislators just need to see the light.

September 26 NEW MOON: 12:26pm. A fine time for new beginnings. What will you begin today?

September 27 According to Ayurveda, melons should be eaten alone on an empty stomach. That’s because they are quickly digested. When combined with other foods, digestion slows, sugars ferment and gas and bloating result.

September 28 Hemp was being used for clothing fiber 10,000 years ago in Mesopotamia. It requires 1/50 of the water needed to make the same amount of fiber from cotton. The Chinese produced the first known hemp paper around 150 A.D. Hemp paper is more durable than paper made from tree pulp. It can be recycled twice as often and does not require bleaching. 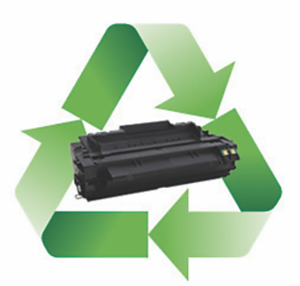 September 29 Save your toner cartridges and bring them to the next Utah Recycling Alliance “CHaRM” event (Collection of Hard to Recycle Materials). For every 100,000 toner cartridges that are recycled, 10 tons of plastic and 40 tons of aluminum are kept out of the waste stream.

This article was originally published on September 1, 2019.