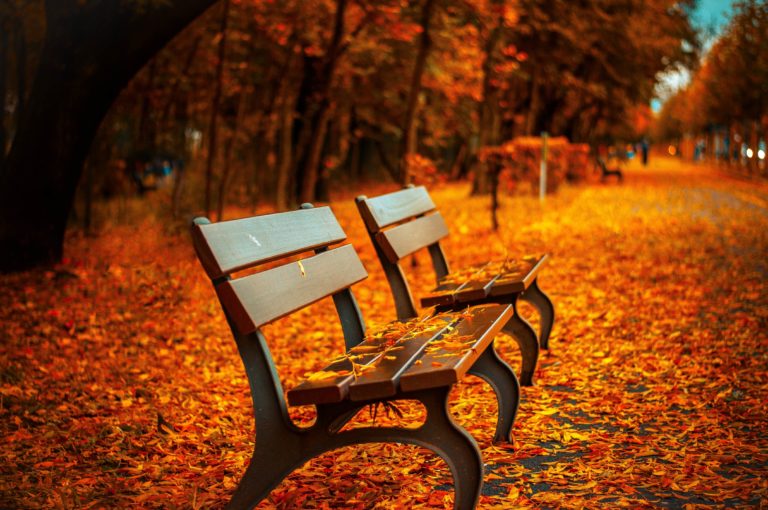 “Autumn seemed to arrive suddenly that year. The morning of the first of September was crisp and golden as an apple.”

September 3 The first Labor Day was organized by labor union activists in 1882 as a “workingman’s holiday” to honor the social and economic achievements of American workers. By 1885 it was celebrated in industrial centers across the U.S. It became a national holiday in 1894.

September 4 Put away loppers, pruners and shears. Anything trimmed now is apt to put out new shoots that will freeze when it turns cold. 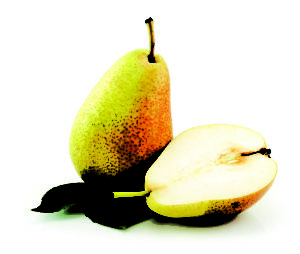 September 6 Pears get their unique, slightly gritty texture from sclereids, the same fibrous cells that make up apple cores. For fewer sclereids, pick pears before they are ripe — the neck doesn’t yield to gentle pressure — and let them soften indoors.

September 7 The Utah State Fair is on now through the 16th. Baby farm animals, a fishing pond, fine art exhibits, butter sculpture (yes, it’s a thing) and much more.

September 8 When shopping for fruit at the market, sniff it! Don’t be shy. Ripe fruit smells good.

September 10 National Swap Ideas Day. Share a creative or helpful idea with someone and trade them for their ideas in return.

September 11 Weeds are usually a sign that something is out of whack in an ecosystem, and actually help restore soil health. Weeds extract minerals from lower strata and bring them to the surface in their leaves, reduce soil and erosion, loosen compact soils and more.

September 13 A dragonfly eye contains up to 30,000 lenses, and its field of vision extends nearly 360 degrees.

September 15 Insects “smell” odors electronically, by turning into the narrow-band infrared radiation emitted both by other insects and by the plants they consume. Unhealthy plants signal the news of their impending death to waiting insects via this infrared communiqué.

September 16 Stroll through your garden with your garden journal. (If you don’t have one, start one now!)   Note what worked and what didn’t. What will you do differently next year?

September 17 Rhubarb and strawberries deplete the soil of nutrients, and both should be transplanted every three or four years. Settle them in their new location well before the first frost, so they can develop new roots before going dormant.

September 18 Listen: The crickets are getting louder. Days get shorter and nights cooler, and mating becomes imperative, as adult crickets die when it freezes. The loud, monotonous evening song is the males singing to attract a mate; it becomes quicker and softer when a female approaches. There’s also a territorial tune, sung when two males meet.

September 19 Yellow jackets and wasps spend most of the spring and summer protecting the colony and foraging for protein (insects and other sources) for the family. After their fertile siblings leave home, the hard working older sisters get to relax, developing a taste for sweets—especially fermented treats. Who can blame them? Then they get feisty, and that’s why August and September have the most yellow jacket stings.

September 21 The International Day of Peace is a United Nations-sanctioned holiday. Do you consider inner peace as essential to creating a world at peace? If you experience all of life as connected, does each person’s fear, hatred and anger decrease the peace in the world, whereas love, joy and gratitude increase the peace?

September 23 The moon isn’t actually round—it’s egg-shaped. Go outside and look up; one of the small ends is pointing right at you. Nor is the Moon’s center of mass at its geometric center; it’s about 1.2 miles off center.

September 24 Full Harvest Moon   @ 8:54pm. For the few nights around the Harvest Moon, there’s little time between sunset and moonrise, so you can carry on the harvest!

September 25 Find and share a math-based story, puzzle or song today. The internet is full of them. Q: Why is an algebra book always unhappy? A: Because it has so many problems.

September 26 Apples as we know them were introduced to North America by colonists in the 17th century. The only apples native to North America are crab apples, which were once called “common apples.”

September 28 It is a blessing to have good neighbors, and a good thing to be one, too. Porches, dogs and extra garden produce are good gateways to meeting neighbors. Also, join https://nextdoor.com/ and attend your community council meetings. Find yours at https://www.slc.gov/community-councils/

September 29 Childhood obesity has tripled since 1979. Take a child on a hike.

September 30 Public lands include national parks, monuments, wildlife refuges, forests, grasslands, marine sanctuaries, lakes and reservoirs, as well as state, county, and city parks that are managed by public agencies but that belong to and are enjoyed by everyone.