SCArRED: Concerning the life of a gay LDS missionary 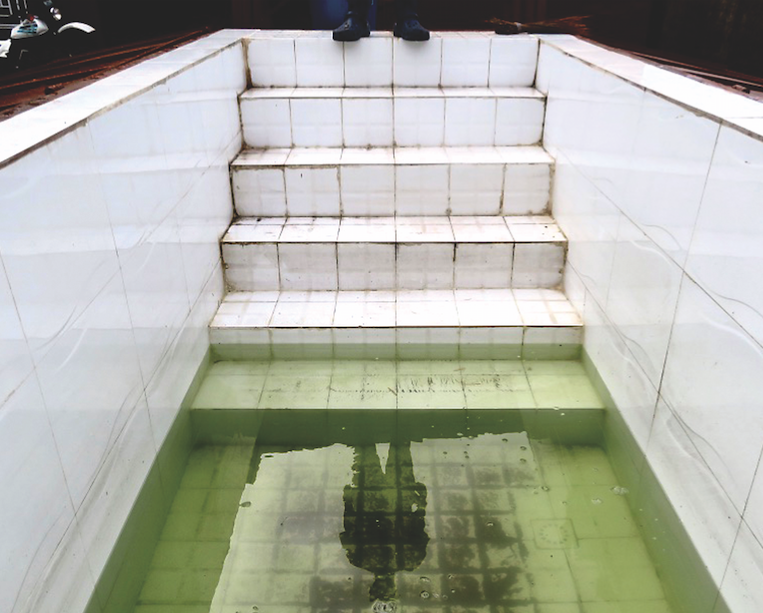 Concerning the life of a gay LDS missionary

I sat, seatbelt tight across my body, steering wheel wondering if I would reverse and drive away. Eyes aching and bloodshot from the tears rolling down my cheeks, I could hardly make out the church steeple prodding its way into the sky above me.

I turned my stereo up to as loud as it would go trying to drown out the static in my head. What if I didn’t go? Can I really leave everything and everyone I love behind? How could I possibly support a religion for two years in Sierra Leone that doesn’t support me? What does God think? What will my family think? What do I think? I imagined what my life would be like if circumstances had been different. If I could truly be myself.

And I smiled. With that thought I felt weightless–like I could finally breathe. As the last beat of the song played, however, that beautiful conception died. The dissonance in my head went silent as I turned the engine off and the car went limp. I wiped the tears from my face. My hollow and hallowed eyes took in the looming chapel before me. I walked inside to become a full-time missionary of the Church of Jesus Christ of Latter-Day Saints.

They say the only way to succeed in the mission is to forget yourself. But I’m so scared of losing myself I feel like I’m barely holding on. Maybe I need to let go.  Day 3, 7/20/18

I remember the exact moment someone first asked me if I was gay. I was 10 years old.

I was playing with my older sister. We were up to our usual nonsense–directing music videos to Shakira songs, dressing up in each other’s clothing, and communicating through our variety of secret languages. We weren’t really like every pair of siblings. We were two halves of a whole: the sun and the moon guiding each other when the world seemed dark. Through the divorce, different schools, and new additions to our family. 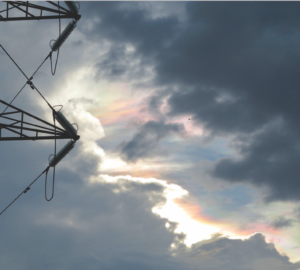 That day, my step-dad happened to be nearby. I think he started to see it for the first time—my voice a little too feminine, my mannerisms a little too girly. He was truly seeing how similar we were, almost like two sisters playing. Whatever I did, it scared him. He grabbed me by the shoulders and looked straight into my very blue eyes.

“What are you, gay or something?!”

Everything in the room stopped in that moment. My small body seemed to split open with the sharpness of that word–blue seeping out of the fractures in my irises. Even as a 10-year-old I understood just how scary that question was. Not because I knew I was gay, but the fact that it could even be a possibility made my whole body shudder. I quickly lowered my voice and denied his question without realizing just how deep of a scar it would leave–always afraid that the answer could be yes.

It’s getting harder to preach something every day that I know is true but am not sure if it can be fully true to me. Day 30, 8/16/18

In Sierra Leone, West Africa, many local tribes have traditionally used tribal marks, visible for everybody to see, to define themselves. The Timni tribe slices two slits into each side of a newborn’s temple. The Limba tribe sharpens their teeth into points. Some tribes even cut into the corners of the mouth to create unique patterns.

Tradition has a way of training people to do things that are unique to that culture, and as a result, they become easily identifiable wherever they are. Their scars run deep. Most of the people I walk past everyday have tribal cuts–the people selling clothes on the side of the muddy roads, the ones who let us into their homes to teach them about Jesus Christ, and even some of the missionaries that are from Africa. Their scars no longer hurt, but they tell you where they come from. Defining by disfiguring.

In recent times, however, most of these tribes have stopped these practices as it ends up visibly dividing Sierra Leoneans into tribal groups instead of unifying them as a nation. Many are still left with the marks on their faces but have decided to put down the knives that pierced them when they were young and to raise a new generation free of scars. Choosing to live united as one people.

The Church of Jesus Christ of Latter-Day Saints has a very long history of tradition. A history that has indirectly created an entire culture of cutting. Throughout its history, the church has cycled through many practices that have tarnished its name–polygamy, racism and misogyny. Over time, however, steps have been taken to recover from these wounding traditions, and it has tried to heal the scars given to them. But this deadly pattern of discrimination is still happening.

A bishop, a mission president, a general authority of the church looks a young boy or girl in the eyes and tells them that God made you this way–broken–to test your devotion. That homosexuality is a crime against the Almighty’s eternal plan–a “weakness” he has given to make people humble and exercise faith.

Gay is an “obstacle.”

Gay should be “overcome.”

Who I am is not a weakness and preaching that to people is tearing me apart. I am strong enough to believe that God loves me for who I am and the way he designed me. The difference is choice. I can choose to steal, to lie, to be impatient, or to not have self-control. Those are the weaknesses. But this is not a choice. To live against this is to choose to live a life God didn’t make me for. Day 97, 10/23/18

The corners of my missionary tag are sharp. “Elder Buxton.” Who I was before has been reduced to a mere couple square inches–Matthew is completely cut out of the frame. The boy who spent years dressing up as someone he wasn’t so nobody, not even God himself, would suspect that he was gay. The boy who dated girls because he was scared to be different, and to prove to everyone that he wasn’t. The boy who is suffocating underneath these missionary clothes. The boy who is pleading to finally come out. I try my best to forget him as I get lost in the service.

The pages of the scriptures cut my fingers as I leaf through them. 1 Corinthians 6:19 tells me that my body is a temple, but I wake up every day feeling my scar getting deeper and deeper from the guilt I have as a missionary. When I interview someone to be baptized I have to look them in the eyes and ask them if they have committed a major sin such as abortion, a serious crime, or homosexuality–hoping that they don’t see the marks carved in my own skin. Praying that they don’t figure out that I’m living a lie comparable to a criminal offense in the church.

The shoelaces on my dress shoes nip at my ankles with every step–begging me to stop walking. My body is covered in little cuts. I ignore them as I head out of my small apartment to preach but I can’t help but feel that everyone is staring at the blood soaking through my clothes and running down my face. As the crowds in the market square walk past me, anxiety crawls all over my body. Why are they looking at me? Is it really that noticeable? But they aren’t looking at the blood on my face, they are looking down at the knife in my hand.

There are a thousand voices yelling at me at exactly the same time. Other missionaries saying how to return home early is to disgrace your entire family and church. The voice inside saying if you are gay you’re wasting your life away preaching something that is directly against who you are. The other voice saying you need to stick this out because you are gay and because your family needs you too. Who will judge me more? Why do I care? What do I need? I don’t know. Day 76, 10/1/18

For the longest time I didn’t even realize I was holding a blade. It was so natural to teach others that homosexuality is a sin second to murder. The cuts I was giving them weren’t strange at all. I’d been watching these carvings take place my whole life: just something to make them a part of my tribe. It was actually satisfying to watch them come into our traditions–a numbers game. How many slices can we get today? But I was not only cutting them over and over again, I was reopening my own wounds with every lesson I taught.

Every part of the person inside of me aching and begging it to stop. That’s when I saw the blood. Everywhere. On me. On the people in Sierra Leone I was teaching and loved so dearly. On my companion. Hands dripping. I realized the reason kids commit suicide back home is because their parents disowned them for being gay or because they couldn’t handle continually being told they were too broken to have the eternity they’d been promised their whole lives. And I, as a missionary, was actively spreading that culture of intolerance.

I’ve been scared for so long because I’ve been scarred since I was young, raised to believe that I should never be who I truly am because it’s scary. And I felt it every day. I felt guilty for being this way even though God created me like this. He is not telling me I should be ashamed, it is those who have already been scarred. That’s why I’m scared. What I think is beautiful, they think is broken. I want to find my forever love just like everyone else–the one who makes all the pain wash away. The one whose eyes light up every morning. The one who helps you heal from your scars. But why is my love lesser than another’s? Why can’t my future be just as eternal when my light shines just as bright as others?

I put my knife down before I bled out and it was the hardest thing I’ve ever done.

It was no one’s fault that I have these scars–not my stepdad’s, not my leaders in the church, not even God’s. They’re a result of a culture none of us started but that we can end. Like the Sierra Leoneans, I wear my scars with pride. The deeper I’ve been cut, the stronger I have become from it. But it’s time to make people stronger before having to hurt them first. It’s time to love and celebrate people exactly the way God made them. It’s time to choose to no longer live divided, but to love united.

Matthew Buxton is a freshman at Emory University in Georgia. He was a summer intern at CATALYST. We wish him well on his new journey!