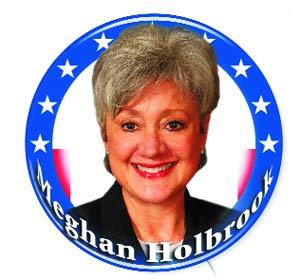 Meghan Zanolli Holbrook has a long history of involvement with the Democratic Party, both locally and nationally, and has carefully cultivated her political and business connections over the years. This has given her an insider's fluency in municipal policy matters and an impressive Rolodex to boot. Holbrook, who is 57, describes herself as "a coalition builder," and someone who could successfully work with the state legislature to secure sorely needed resources for the city.

A former Utah Democratic Party chair and currently the government affairs director for Zions Bank, Holbrook believes the city's financial needs cannot be met by its tax revenues alone, which is why public-private initiatives will need to fill the gap. She cites the passage of the Utah Science, Technology and Research (USTAR) economic development initiative as an example of how partnering with institutions of higher learning can generate good jobs. USTAR is intended to lure scientists in areas that lend themselves to commercialization (for example, genomics and personalized medicine) to our public research universities, where, hopefully, the fruits of their labor will be the catalyst for local, hi-tech spinoffs.

Holbrook would harness her business and political acumen to assist working class households in Salt Lake. She pledged always to be an advocate for higher education because "education is the key to getting people economic security." Holbrook would increase funding for local programs such as the Sorenson Computer Center, which serves the Glendale and Poplar Grove neighborhoods. She would also work with Utah's congressional delegation to build more affordable housing in Salt Lake City, and believes the West Side Development Initiative needs to be fully implemented.

Salt Lake City must revitalize its core if it is to remain relevant. "Most of  the growth here has been south, not in Salt Lake City," Holbrook said. To remedy this, she would bring in private investment to supplement the redevelopment of downtown Salt Lake City by the LDS Church. She also stresses the importance of including a downtown arts district in the mix.

The city's other economic pillar is the Salt Lake City International Airport, which is "crucial to our economic future and the region's future," according to Holbrook. She applauds the extension of TRAX to the Intermodal Hub but wishes there was an extension to the airport planned for the near future. Additionally, Holbrook would bring together the airlines, convention centers, government entities and Salt Lake County chambers of commerce to create a single, comprehensive approach to promoting Utah as a tourist destination.

Holbrook has a policy wonk's love of the intricacies of city functioning and a clear vision for what she wants to accomplish as mayor. Her task now is to build rapport with the voters. 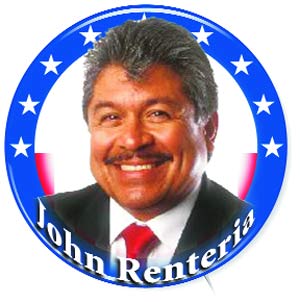 Like community activists everywhere, John Renteria is driven and outspoken; he works hard to advance the causes he believes in for little or no money. If elected, he says he would encourage more community input in city planning. "I would work with the community and city council in a different way than Rocky did," Renteria said.

Renteria, who is 55 and a Democrat, sees Salt Lake City as "an island of refuge for a lot of liberal, progressive thinkers," and his politics reflect that. The president of Centro Civico Mexicano, a Hispanic non-profit organization, Renteria's top priority is economic development on the west side and downtown. "The west side needs attention from the city," he said. Renteria would lend more money to minority-owned small businesses and work to attract more diverse business development downtown. He is a proponent of paying everyone a living wage and of increasing the number of low-income housing units in the city.

Affirmative action is one of the most successful tools available to minorities, according to Renteria, and he pledged to continue Rocky Anderson's executive orders mandating an affirmative action program in city hiring. Renteria does not believe the Salt Lake Police Department (SLPD) should enforce immigration laws and called for more diversity in their ranks. Moreover, he would not deny illegal immigrants access to public services. "Lack of documentation shouldn't bar people from receiving services as long as they are paying into the city pot through taxes," he said.

Renteria would continue Mayor Anderson's green policies. He would encourage pedestrian and bicycle-friendly streets and greater use of mass transit. "Water abuse" is a serious issue to Renteria, and he would promote arid landscaping and water-friendly yards. Additionally, Renteria would use the bully pulpit of the mayor's office to preach the merits of recycling.

Much like our current mayor, Renteria does not hesitate to speak his mind. Renteria refers to Utah's liquor laws as "archaic," "ridiculous," and "akin to Prohibition." When asked how he would develop a close relationship with the city council, Renteria first said that he would be a "listener," and then added, "I am not as abrasive [as Rocky Anderson], and I am not a know-it-all." When asked who his most formidable opponent in the race is, he thought out loud for a moment, evaluating Jenny Wilson, Ralph Becker and Keith Christensen, and then added, "I am not threatened by any of them in any way."

As the only mayoral candidate critical of the LDS Church's redevelopment of downtown Salt Lake, Renteria had virtually nothing good to say about it. "I don't like the use of a huge amount of money by a religious organization for commercial development. I am Catholic, and if my church were doing this I would be raising hell." Renteria believes the LDS Church is too secretive about its plans for the City Creek development, which he believes will ultimately serve only its members. "This is a religion investing a billion dollars in development that will only help part of the downtown area," Renteria said.

Renteria would undoubtedly shake things up if he were elected and describes his governing style as "somewhere between Rocky Anderson and Ray Nagin." He says the city council is too homogenous and that his administration would "bring some chocolate milk to the table."