Rosy reflections—Can changed thoughts about your past change your future?

For over 100 years, Memorial Day has been the occasion to look back in time and honor soldiers who died in service to our country, as well as family members who have passed on. Although not everyone celebrates the day in remembrance of those who have come before us, this holiday could be a good opportunity to practice how we think of the past.
by Jeannette Maw 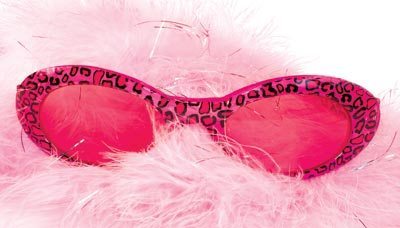 For over 100 years, Memorial Day has been the occasion to look back in time and honor soldiers who died in service to our country, as well as family members who have passed on. Although not everyone celebrates the day in remembrance of those who have come before us, this holiday could be a good opportunity to practice how we think of the past.

I have a tough enough time convincing people they can create their future, let alone their past. But listen to what researchers are finding:

With latest science supporting what many spiritual traditions and new age gurus have already said, it’s well on its way to being common knowledge that thoughts are things with the ability to alter the world around us.

From science conducted in Ein­stein’s day to leading edge physicists working with quantum “entanglements”—not to mention the proven healing effects of prayer—we are already learning eyebrow-raising facts from our scientists about the power of thoughts to shift our reality.

So if thoughts are so powerful, what does that mean for thoughts we have of the past? It’s an intriguing question that’s captured the attention of leading edge researchers.

In the year 2000, mathematics professor Leonard Leibovici conducted a study on the effects of remote, retroactive intercessory prayer (published in the British Medical Journal, December 2001). The results showed that patients with a hospital stay between 1990 and 1996 who were prayed for in the year 2000 had significantly shorter durations of fever and hospital stay, and, in general, got better faster than the control group.

These patients were prayed for several years after they’d already left the hospital, and yet it affected their recovery in duration and quality while they were admitted?

That’s what the science says.

This was neither the first, nor the last, research to violate our basic assumptions that cause precedes effect. A sizeable body of scientific evidence defies our beliefs about causation.

In addition, Washington Univer­sity researchers recently used functional magnetic resonance imaging to determine that identical areas of the brain are activated whether participants are recalling or imagining.  This and similar studies lead many to conclude this means the brain can’t tell the difference between recollection of the past and imagining of the future. Which means, as succinctly summed up by author Lynne McTaggart, “time doesn’t exist in the brain.”

So if time doesn’t exist in the brain, and we hear from metaphysical teachers as well that time is an illusion, is it possible we are limiting ourselves by thinking the past is something unchangeable?

When physicist Helmut Schmidt’s study of retrocausation (20,000 trials were carried out over a four-year period) revealed participants’ abilities to affect prerecorded tapes of right vs. left ear clicks, Schmidt concluded it wasn’t so much that participants were changing the past, as they were “reaching back in time” to influence the past to unfold as it did.

Similar studies have been conducted in various manners to show participants have the ability to alter results after the fact.

What does this mean for us? Who knows for sure, but it seems worth checking out.

In her “Living the Field” Com­mu­nity Blog, Lynne McTaggart suggests “imagination could be used to ‘fix’ past events that are still unsettling to you.”

One of my more open-minded clients applied this possibility to her struggling relationship with her mother. They had experienced a falling out several years ago, and they had virtually no interaction since.

After hearing about the illusion of time and our ability to affect the past, my client changed her recollection of the argument with her mother. In her present-day mind, she downplayed the big blow-up that led to the cutting of ties, thinking of it as a minor argument rather than a relationship-ending brawl. She imagined both she and her mother got over it and that there were no hard feelings.

She held this thought a couple of times for a few days and then forgot about it, which was easy to do since they were no longer talking or seeing each other.

Within two weeks, she received a care package with a handwritten card from her mother, as if all was well between them. No big apologies or reflections on what had gone wrong in the past, just a friendly note wishing her daughter well.

A week later they had the unusual circumstance of being on the phone together, at which time a friendly conversation ensued – again, as if nothing negative had transpired in the past.

(Anyone want to join me in re-thinking our 2004 presidential election results?)

Regardless of whether or not it’s possible to alter our past by holding new thoughts of it, there is one undeniable benefit to changing one’s perception of the past:

When we hold a thought that doesn’t feel good, it not only affects our physical well-being, but as many would argue (myself included) it also affects what you attract in your future. So finding a way to think of a negative past in a way that feels better is the least we can do for ourselves. Just changing the story internally, even if nothing shifted in “real life,” allows us to flow better-feeling emotions which improves our physical well-being as well as our point of attraction for future unfoldings.

Author and life coach Martha Beck offers a powerful technique for shifting the vibe when we’re feeling stuck in an old, ugly story. To let go of a thought pattern about a past event that’s not serving you, try retelling a backward version of the story using these steps:

1. Identify one of your favorite things in life: a relationship, situation, or object without which your world would feel much less rich.

2. Recall a positive turn of events in your life that enabled you to have this Favorite Thing.

3. Now go back a step further in your life history and describe something else that happened to make that event possible.

4. Keep following this chain of life events backwards until you can think of one piece of “bad luck” or a “bad event” that helped your Favor­ite Thing come into your life.

For example, Shelly’s most rewarding thing in life is her new business as a dog groomer. When she looks back at what allowed her business to come to fruition, she sees it was being approved for a bank loan that led to the business. When she looks to the event that led to the bank loan, she thinks of the layoff she experienced at her corpor­ate job.

At the time of the layoff, she thought her world was crashing down, and this was the beginning of her demise. But as she regrouped in her new unemployment, she began to consider things she never would have had her corporate job remained secure.

In this way, Shelly can retell the story of her past. Instead of “this bad thing happened and then later something good happened,” she sees it like: “I was destined to exper­ience fulfillment in my career and livelihood, and the events of my life conspired to bring it to me.”

As Martha Beck says, “What differs significantly between the forward-looking story and retelling the backward version is the effect it has on you as the Storyteller. Viewing life this way can literally transmute your past—even the worst of it—into the path of your best destiny.”

Those who understand the importance of feelings realize the wisdom in finding a better-feeling perspective on our “negative” histor­ies.

So this Memorial Day, just for fun, if there’s something in your past you’d like to experience differently, practice seeing that past event through rose-colored glasses. Maybe it’ll change the world, maybe not. Either way it feels better. And that’s reason enough, right?