Both UTA and the Utah State Legislature could make free public transit on red-air days a reality—but so far, neither wants to pony up the dough. 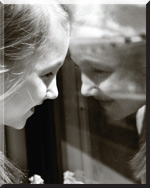 Free transit fare on red air days is an idea that floats around in the smog here, but never quite solidifies. During the 2008 legislative session, Rep. Wayne Harper, R-West Jordan, introduced a bill that would have reduced transit fare by 50% on yellow air days and made it free on red air days. The bill didn’t address FrontRunner because it wasn’t operational at the time. However, it did affect buses and TRAX, Harper says. But the bill never made it out of committee. Not surprisingly, one of the strongest opponents to it was the Utah Transit Authority, the folks who operate mass transit along the Wasatch Front.

On red air days in the Wasatch Front this winter, the FrontRunner has chugged along through the smoggy haze from Ogden to Salt Lake—hopefully taking some cars off the road. Taking the train sure can be good for the lungs, but it won’t necessarily be good for the wallet: Even on those days when the air is unhealthy and riding the rails could help alleviate it, riders could still pony up as much as $9 roundtrip to ride from Ogden to Salt Lake City.

Free transit fare on red air days is an idea that floats around in the smog here, but never quite solidifies. During the 2008 legislative session, Rep. Wayne Harper, R-West Jordan, introduced a bill that would have reduced transit fare by 50% on yellow air days and made it free on red air days. The bill didn’t address FrontRunner because it wasn’t operational at the time. However, it did affect buses and TRAX, Harper says.

But the bill never made it out of committee. Not surprisingly, one of the strongest opponents to it was the Utah Transit Authority, the folks who operate mass transit along the Wasatch Front.

“UTA absolutely freaked out,” Harper says of the opposition. “They didn’t know what to do.”

The bill, House Bill 298, estimated that UTA could expect to lose $1.4 million in revenue in the 2009 fiscal year and $1.5 million in 2010. That didn’t include FrontRunner, however, and Carpenter says UTA would stand to lose $100,000 per red air day if they offered free fare for rides from Ogden and back.

“It rapidly climbs into the millions of dollars with lost revenue,” he says.

That’s not something Harper is keen on.

“They’re never content with what they have,” he says. “They always want to dig into UDOT’s pocket, or someone else’s pocket, and we’re not going to give it to them.”

But Carpenter maintains that without additional funding, the amount of money UTA would lose by providing free air days would result in cutting the services that would be free.

“If we had money to operate without cutting service, that (providing free red-air day service) would definitely be what we’d do,” he says.

A standstill exists between the Legislature and UTA in making free ridership on red air days a reality. Thing is, both entities have the power to make it happen without the other’s consent. The Legislature could enact a law mandating it, or UTA’s board of directors could vote to allow it.

Free mass transit on days with dangerous air quality has become a reality in other cities and states. In Delaware, for instance, the Transportation Management Association of Delaware provides five free all-day bus passes to employees of businesses that sign up for the Air Quality Transit Partners Program.

Businesses can sign up for the program for free. During the summer months, when air quality is at its worst in that area, employees who participate in the program can request the free passes. They can use those tickets anytime, but are encouraged to use them on days with poor air quality.

“We’re thrilled with it, and each year we get more and more folks who join the program,” says Sharen Elcock, administrative assistant with TMA Delaware.

The program is paid for through federal grants, Elcock says.

On February 12, UTA offered a free transit day, but proponents of the free-fare plan are doubtful one free day will accomplish more ridership.

The free fare day will hopefully encourage some people to ride the rails more often and pay for it, but that’s not the whole answer to cleaning up Utah’s air, Carpenter says.

“It’s really important to understand in order to clean our air, it’s going to take efforts on the part of everyone,” he says. “It’s not a UTA issue, it’s an everyone issue.”

Proponents want to see more forceful action from the Legislature to make mass transit cheaper, both on red air days and otherwise. Cherise Udell, founder of Utah Moms for Clean Air, see the solution in the tax coffers.

Udell says that, while she doesn’t always see raising taxes as a solution, in this case, a gasoline tax makes sense.

“The only way we’re going to clean up our air is if the polluters are going to have to pay more and those that are doing the right thing are going to be rewarded,” she says.

She suggested a higher gas tax on red air days, but Harper says that’s difficult to enforce, and drivers would likely fill up on other days instead.

Harper says the legislature already levies a three-quarter cent sales tax for support and operations of transit, but he says he is unwilling to support additional taxpayer subsidies.

That’s not what Udell want to hear.

“I think it has to be subsidized,” Udell says. “Personally, for me one of the roles of government is to encourage people to make the right choices, and they do that through incentives.”

For her, the urgency lies in the adverse health effects air pollution causes. Automobiles are responsible for about half the pollution on days with poor air quality, says Cheryl Heying, director for Utah’s Division of Air Quality.

And bad air quality means bad health. For several days in January, Utah had the worst air in the nation, and with that comes a hefty health price.

Several studies have shown a relationship between air pollution and cardiovascular and respiratory disease. Among them was a study the Division of Health Assessment and Consultation conducted in Pocatello and Chubbuck, ID that found particulate air pollution had a relationship to respiratory disease hospital admissions and emergency room visits. It affected children and the elderly the most severely. Particulate pollution is especially prevalent in Utah.

A study conducted by Arden Pope of Brigham Young University and two other scholars showed that a decrease in particulate air pollution increased life expectancy in study areas by as much as 15%. But providing free fare on red air days to help reduce air pollution here could be a long way off.

The rest of us will wait, but don’t (or perhaps do) hold your breath.

When air quality is poor, signs above Interstate 15 proclaim that motorists should limit their driving. It turns out that at least some drivers pay attention.

In an analysis of four red air days in December 2009, the Utah Department of Transportation found that drivers passing a traffic sensor on I-15 near 4800 South in Murray made, on average, more than 8,000 fewer trips on red air days. That’s about a 4% reduction.

“”It was consistently lower every time,” says Brad Lucas, traffic mobility engineer for UDOT. “Not a lot, but I was surprised that it was consistent.”

UDOT eliminated red air days close to holidays and focused on Tuesdays, Wednesdays, and Thursdays—days that Lucas says had the most consistent traffic patterns. He compared the four red air days to seven green and yellow air days.

“I’d be ecstatic if it were 30% or even 20%,” says Donna Kemp Spangler, Utah Department of Environmental Quality spokeswoman. “But where everyone in the valley is so vehicle dependent, if we can build on these strides, I think we’ll see a difference.”

UDOT partners with the Utah DEQ to put red air day alerts on signs above the freeway on red air days and the day prior to a red air day. Although those signs won’t cause people to stop their cars while on the freeway during red air days, Adan Carrillo, spokesman for UDOT, says it might influence daytime trips while at work.

“It will help me change my behavior so that I can perhaps carpool with somebody to eat lunch somewhere, or go to the deli across the street instead of a restaurant somewhere,” he says.

Beyond not driving, Cheryl Heying, director of the Utah Division of Air Quality, urges people to drive smarter by consolidating trips, carpooling, making sure their vehicle’s tires are properly inflated, and their vehicle is tuned.

The fickle fate of FrontRunner ridership is tied to purse strings

Like the first months of a romance, it started out full of giddiness and excitement. FrontRunner became operational in May 2008, and the public was enamored with the rails. Ridership topped out at 8,772 average weekday riders in August of 2008—nearly 3,000 more riders than original projections.

“Our ridership was very high when we first opened, but that was when gas prices were at their peak and Legacy [Parkway] hadn’t opened,” says Gerry Carpenter, Utah Transit Authority spokesman.

But Legacy Parkway opened in September 2008, and gas—
$4.22 per gallon in July of 2008—once again became more affordable. With gasoline prices’ decline and Legacy Parkway’s opening went the love affair between the public and the FrontRunner.

In May 2009, one year after it had become operational, FrontRunner ridership had reached a nadir of 4,000 average weekday riders.

Mass transit like FrontRunner, TRAX or the UTA buses only work as a form of air quality control if people use them. Otherwise, they are just more exhaust-spewing vehicles among the throng. But for many, particularly in a recession, the impetus behind action is money or convenience, not air quality.

Even with UTA reducing the base FrontRunner fare from $3 to $2 in November 2009, a rail trip from Ogden to Salt Lake City and back can still cost you $9. In comparison, the same trip with a vehicle that got 22 mpg and used regular unleaded gasoline in the beginning of February cost around $9.50. For cars with better mileage, frankly, it’s cheaper to drive.

Carpenter says UTA doesn’t have any plans to reduce the fare again. However, they have begun offering a group pass, which is quite remarkable: For $12 up to four people can ride roundtrip. That’s $1.50 one way per person. Even if there’s only two of you, $6 round trip is undoubtedly cheaper than driving, even without wear-and-tear factored in.

Carpenter says when you consider car insurance and wear and tear, even at full fare FrontRunner costs less than driving. However, it’s likely most FrontRunner commuters still own vehicles.

Carpenter acknowledged that there is also a tradeoff when it comes to convenience. It’s usually easier and quicker to get to a destination via a personal vehicle. But he noted that you have more free time to work while riding FrontRunner and using the Internet.

Whatever the issues, signs point to the notion that the relationship between the public and FrontRunner is turning around. In December 2009, 6,561 weekday riders took advantage of FrontRunner, which is again above original projections.

So maybe the public is back in love with FrontRunner. Carpenter attributes the increase to UTA lowering its base fare and the price of the group pass. Until the Powers That Be get their act together and make free fare on red air days a reality, cheaper fare surely is better than nothing.