Evidence of a World Transforming: An interview with James O’Dea 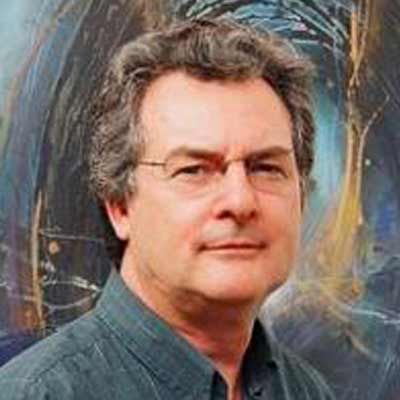 James O’Dea is the president of the Institute of NoeticSciences (IONS), after serving as director of the Washington, DC, office ofAmnesty International for 10 years. O’Dea is also a contributor to the newanthology "The Mystery of 2012: Predictions, Prophecies andPossibilities." His chapter, "You Were Born for Such a Time asThis," argues that humanity is rapidly approaching our pay date,"when our debt will be maxed and no further credit from a depleted andover-taxed Nature will be extended to us." I invited O’Dea on RadioActiveto talk about the breakdowns and breakthroughs that we can anticipate over thenext several years.

Troy Williams: What do you mean by a "noeticscience"?

James O’Dea: Noetic science comes from the Greek wordnous- to know directly. In the western development of our intellectualcapacities, technologies and worldviews, we’ve relied heavily on the rationalmind-which we still love and treasure-but it’s not the only part of us. Thereis another way of connecting with our deepest wisdom. It goes beyond the"left/right," "up/down" sequential logic of the rationalmind and captures a whole gestalt of information.

The Institute of Noetic Sciences was founded by EdgarMitchell, Jr., the sixth man to walk on the moon who, when coming back toEarth, had an intense sense of connection beyond his body and into theuniverse. He was a hardcore scientist and marine pilot, but when he came backto the planet he realized there is a whole other way to connect science andspirituality. Social justice, wisdom civilization-whatever you want to callit-humanity is reaching into our highest evolutionary possibilities to activatethe transformation and changes that are possible. "The Mystery of2012" is really a compendium of thought from many perspectives that says:It’s coming. There is some synthesis of evolution that is about to change thecourse of events. These are predictions and possibilities-they are not someBiblical truth being passed on as a new religion.

TW: And your primary work focuses on health and healing,extended human capacities and emerging worldviews. What exactly are you tryingto track?

JO: Just as in that experience with Edgar Mitchell, weare seeing a big crack in the dominant materialist scientific worldview.Science can only relate to that which is material. The whole of westerncivilization has organized around materialism -and materialism gone insane-tothe extent that we are destroying the habitat essential to our survival.

We have traced the breakdown in this materialistworldview and the beginning of our understanding into the subtle field of mind,healing and energy. We’ve also looked at the relationship between attitude,belief and health, for example, the whole field of epigenetics-the study of therelationship between consciousness and your own genetic triggers -the notionthat our consciousness and awareness are truly causal. We can now begin toreframe a civilization not built on materialism but on consciousness andawareness. We can ask how do we raise the kind of awareness that will sustainus ecologically, bring us peace and health, and activate our highest wisdom.

I was in Turkey during the period leading up to the coupin 1980. I was knifed and my house was machine-gunned. After that I was inBeirut during the massacres of the Palestinians. It was a very low point for mebecause I saw children murdered. It was a true nightmare.

And yet, I have seen the heroism of the human spirit. Youcan see the indomitable nature of the human being rising through those kinds ofcatastrophic abuses. You see profound humanity.

After I left Amnesty International, I led dialoguesaround the world called "Compassion and Social Healing" where webrought together former Nazis and Holocaust survivors -people who you wouldnever imagine could look at each other and offer each other love andforgiveness and reconciliation. That is what led me to the Institute of NoeticSciences. We have this deep capacity to transform the worst and rise out of it.South Africa created the Truth, Reconciliation and Forgiveness work, and thatis the model we need to hold for this planet. It is not the cowboy "go get’em!" approach, but rather, how do we find the means and the consciousnessto transform, as in South Africa, the apartheid of hatred into an intercommunalcivilization?

TW: You talk about the need to clean wounds before theycan properly heal, whether it’s the dispossession of indigenous peoples or evenour current occupation of Iraq. Before wounds can heal, they first need to becleaned. So there is a need for us to take responsibility for our own actionsand the actions of our people, before this healing can begin.

JO: Yes, we can look at evolution and all the errors thatwere made, but we need to hold it in a container of compassion so that it canbe resolved-so that we can move on. That cleaning-out process is truth. It’snot a vindictive truth. It’s not "my truth" above "yourtruth." But it is, as in the case of South Africa, truth, reconciliationand then forgiveness.

Let’s look honorably at the past-for example, thedevastation of indigenous cultures-not so that we can fixate on blame orpunishment, but so we can realize the preciousness of what was lost and thepower of what can be reconfigured when we unite indigenous wisdom and thewestern way of knowing. That is what is being called for-a whole new synthesisof how we know.

That is what people are looking for in "The Mysteryof 2012." They are looking at some synthesis that will take us beyond theeither/or polarities of western development and indigenous knowing. Whatplanetary civilization can be sustainable, eco-centered, nature-based and yetalso allow for the ingenuity and creativity of the human spirit to optimize?We’ve got to learn these lessons quickly, knowing that we have a choice tochange the course of history and not repeat it.

TW: Talk about "The Shift Report: Evidence of aWorld Transforming." You are exploring innovations in all kinds ofdifferent fields.

JO: "The Shift Report" looks at education,commerce and a whole variety of fields and begins to track the worldview shiftfrom the reductionist to the more integrating. From competition to cooperationand from outer-directed to inner-directed. What, below the radar, is anevolutionary sign of change?

For example, we are seeing a deep and amazingconversation happening between science and spirituality. We are seeing that theevolutionary story of domination and competition is actually morecollaborative. We are seeing that the human body -the mind-body system-is muchmore healthy when we focus on love. We’ve discovered in the last 20 years manyof the powers and capacities of the human heart that were never understoodbefore. Just think of someone you love and your body starts to break downcortisol, which is the driver of stress, and starts to create DHEA. It startsto release the pleasure seekers, the hormones, the biochemical stew of love,friendship and empathy.

This conversation between scientific and spiritualworldviews is accelerating. It was triggered by the mind-body health movementand the startling insights of quantum physicists. They’re looking deep into thequantum world and seeing a reflection of our own attitudes and beliefs. Theobserver is fundamental to the thing that is observed.

I am personally interested in this domain, as someone whohas an activist perspective. How do we bring this conscious model intoactivism? Some people are talking about spiritual activism or transformationalactivism. It’s activism in which we are not projecting out into the world. It’sall too easy to say the problem is out there, whether it’s the corporations orthe military or whomever. We believe that the emerging worldview is moreinner-sourced. It’s more about how do I transform and become a transformationalagent myself? How do I go beyond the polarity? You know the beautiful quotefrom Rumi, "out there beyond right and wrong there is a field. I will meetyou there." How do we get to that place in consciousness where we’re notcreating the enemies who are the solutions to our problems, but ratherconfiguring a new sense of community?

TW: You make this connection that because of theinterconnectivity of our globe-our economy, our environment-if things breakdown, it’s a global breakdown. And then you juxtapose the potential of that fora global breakthrough.

JO: Yes, there is something so accelerated about the wayideas, perceptions and business is conducted these days. The skies and oceansare whole elements that we share. We see the weave of connections of how whathappens in one place affects another. There is a sense of these years now,accelerating more into that window of 2012, where the lessons before us may beextremely harsh. We’re not waking up at sufficient rates to respond to theecological crisis. We’re still caught in a very punitive mentality. We’re notexercising our deepest capacities to dialogue with "the other."

The human story is likely to unravel until we reach someturning point where we see that we have no other choice but to reach for ourbetter natures. We will see graphically how profoundly we are connected and howwe can in fact shift consciousness itself. There are model cooperatives wherepeople are learning prosperity and health through new paradigm economics, newparadigm psychology, and new paradigm health-care. These will become a muchmore central part of the story. And yet it’s an ancient story too. Thefascinating thing about 2012 is that it gives you tremendous respect for thosein ancient times and in various cultures, who looked up in the heavens, studiedthem and tracked them as accurately as we can track them today. They saw26,000-year cycles that come to a closure in the years ahead. It gives you asense of awe of our place in the cosmos. We do have a place in the cosmic story.We’re a little planet, but we’re in the midst of great cycles and movementswithin the starry heavens themselves.

The people of the Kalahari have an endtimes story wherethey visualize All Devourer eating up the trees, rivers, everything. It devoursMantis, the divine spokesperson of the Kalahari people. Eventually they emergeout of the belly of Devourer completely restored. There is some sense that weare inside the very thing that needs to be transformed. And that’s the goodnews. Because if we are in here, in it, we can transform it. We have to go backinto our own awareness to find out those deep truths that will then beessential to the next evolutionary shift.