Psychedelic mushrooms: Magical fun or spiritual gateways to religious experience? Maybe some of both? An interview with Andy Letcher, author of “Shroom.”
by Robert Nelson

Is Santa Claus really a magical mushroom? Were Alice’s adventures in Wonderland really a psychedelic adventure? Some psychonauts believe mushrooms were the beginning of religious belief. Others, following the lead of ethnobotanist and philosopher Terrence McKenna, believe certain mushrooms were extraterrestrial travelers that arrived on earth to accelerate humanity’s evolution. Author Andy Letcher’s new book, “Shroom: A Cultural History of the Magic Mushrooms,” travels around the globe to reveal the legends, folklore and historical odyssey surrounding this mysterious and mischievous fungi. KRCL’s Robert Nelson talked with Letcher during a recent RadioActive.

What is the difference between “magic” and “sacred” mushrooms?

“Magic mushroom” is the popular name that slipped into Western language in the 1950s. It gives the impression that this is a fun experience, but there are a lot of people out there who regard these mushrooms in a sacred nature. They were used in Mexico, and they were perceived as something very sacred indeed.

Gordon Wasson believes that the beginning of religion was actually an ancient mushroom cult.

There is certainly a feeling among Western advocates of the mushroom that they produce religious experience. It’s quite true that people do have religious experiences when they take magic mushrooms, but not exclusively. When I was researching the book, a lot of people would tell me they took mushrooms once and had a horrible time. So there is nothing intrinsic to the experience, but if they are taken in a reverential way, in certain settings, people can have religious experiences. I think people in modern Western culture feel that they want some kind of spiritual experience, and for some people psychedelics is the way they find it.

You liken it to Edward Said’s “orientalism theory,” where there is a mystical appellation assigned to people of different cultures. In the early part of your book, one of the first British scientists studying mushroom consumption seemed to think that drugs were based geographically.

That British scientist was named Mordecai Cubitt Cooke (fantastic name!). His first book was a drugs treatise called “The Seven Sisters of Sleep.” He thought that different racial types were differently constituted and that they were naturally attracted to different drugs. He was a lifelong pipe smoker so he thought that we in the West were good at taking tobacco. People have been taking magic mushrooms for some time in Siberia – and the kind they took was the “psilogeric” – red and white mushroom. We often think in the west that everybody was taking these mushrooms, but if you go through the records, some people were taking them recreationally and some of the shamans were also using them, but not in the quantities that we assume. And of course the other area where people have been taking them was in Central America and modern day Mexico. When the conquistadors went over and stole Mesoamerica, they found that the locals there, the Aztecs, were happily munching on the local mushrooms.

It was disconcerting because it reminded many of these staunch Catholics of the communion.

That’s right. The indigenous population saw the mushrooms as sacred. And their name for the mushroom translated meant “god’s flesh.” Obviously that was a theological problem for the Spanish. They tended to imagine the visions the indigenous people were having must have been coming from the devil. They did everything they could to suppress it.

Tell us about Maria Sabina and how she used divination from the consumption of psilocybin mushrooms – she was seen as a healer.

To fill in the back story, Gordon Wasson, who was a New York banker, was very interested in mushroom culture. In the ’50s he went over to Oaxaca, when he had heard a rumor that the locals in the mountains were using mushrooms in rituals. And he found this woman, Maria Sabina, using mushrooms in healing rituals. Sabina actually allowed him to take the mushrooms as well. Gordon Wasson thought when he had found Maria Sabina, that she was the last living link to this ancient mushroom cult. Under the influence of mushrooms she claimed that she could tell if you were going to live or die. So you didn’t enter into these ceremonies lightly. She inhabited an animistic worldview, and when she took magic mushrooms she was propelled into a world of spirits – “little spirit children” she called them. They would come and tell her if someone was going to live or die.

Wasson and some of his fellow travelers wanted to prove that this shamanistic tradition was prehistoric. Has Wasson been discredited with that theory?

No. They have become an orthodoxy in the psychedelic literature, but not, I hasten to add, in the anthropological literature. He was convinced that way back in the Paleolithic, in the old Stone Age, humans discovered hallucinogenic mushrooms, and in consuming them they discovered the religious impulse. Well it’s a nice idea, but how do you go about proving it? Mushrooms come up very quickly, they are largely composed of water and they rot within hours of coming up so they don’t preserve in the archeological record. So advocates of this theory have had to look at circumstantial evidence.  The answer I want to stress is that there is a lack of evidence to decide one way or another.  If there was a prehistoric mushroom cult, they left no evidence.

My knowledge of Terrence McKenna before reading your book was mainly about his ideas of the cataclysmic event that will take place on December 21, 2012. Can you relate that to his hallucinogenic experience?

Sure. McKenna thought if you look back at the history of the universe, the universe has gotten steadily more complex. It started off with the Big Bang and then you had a big plasma cloud, from which the first hydrogen atoms formed, from which the stars formed. And then you get planets forming, life evolving and then consciousness. And he reckoned that these changes in complexity happened at discrete and mathematically predictable intervals and they were getting closer and closer together.

Through his own research and various mushroom trips, he became convinced that the next big change in complexity was going to occur in December 2012. He called this the Timewave. On a mushroom trip he was told to look into this structure of time. He called one of his recurring visions whilst under the influence of mushrooms the “glittering object at the end of time.” He felt as if time were being pulled forward into this big cosmic plughole at the end of time.

He arrived at this date because the ancient Mayan calendar ends on that date. There is a growing millennarian movement particularly championed in America by Daniel Pinchbeck – a whole psychedelic movement of people looking forward to that date as a time of global transformation, hoping there will be an increase in consciousness. Certainly that was McKenna’s big idea.

It could be something good that happens. It doesn’t necessarily mean the end of the world.

True. If you go through McKenna’s writings, if you listen to this stuff, he was uncertain about what was going to happen in 2012. It was almost as if there were a wall there. The shift was going to be so huge that we can’t actually comprehend what the next level of complexity will be. Sometimes he said we will transcend time or we will leave the planet and start colonizing other worlds, or perhaps we will just somehow come together in some more cohesive fashion. He was vague on the details but they were definitely utopian predictions. 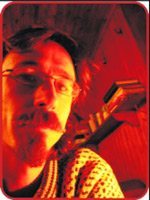 We are starting to see some breakdowns in cannabis prohibitions, and we are now able to go back and study the medicinal properties. Do you envision there may be a period like we had in the ’50s and ’60s where mushrooms and other psychedelic substances can be used in clinical trials? Or are we not ready for that in the West?

It’s a bit of both. People are starting to use pure psilocybin in clinical trials. It’s a useful hallucinogenic medicine because the way it works on the brain is quite straightforward. It only works on certain neural receptors. It’s easier for medics to use. And they are starting to realize it’s a way of understanding how the brain works. It’s like throwing a stone into a puddle and looking at what the ripples do. It’s hard to know what the brain is ordinarily doing – so if you disturb it by throwing in a hallucinogen you can measure what that disturbance does. People are looking to see if psilocybin can be used for cluster headaches. It’s starting to happen. But on the street level there will always be a dedicated psychedelic counterculture. It may be that we enter into more liberal times. Certainly in Britain we’ve started to see a shift away from the idea that drugs should be criminalized and more towards a harm reduction approach. On the level of harm, tobacco and alcohol are much more harmful than psilocybin mushrooms.

RadioActive airs M-F from noon to 1pm on KRCL 90.9 FM. Stream the entire interview at www.krcl.org.

This article was originally published on September 29, 2007.