Profile of a Goddess: Ix Chel, Goddess of the Moon 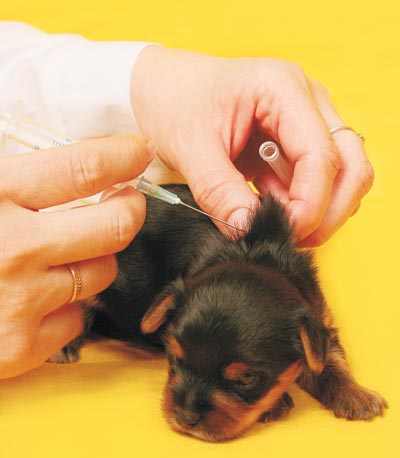 We flow in the waters of creation and experience the moon's pull.
-by Carol Koleman 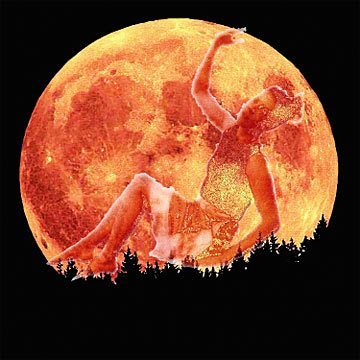 Form: Ix Chel is a triple goddess, with three forms corresponding to the three phases of the moon. In her first aspect (waxing crescent moon), Ix Chel is the Maiden with flowing hair and full breasts. She holds a rabbit in her arms which symbolizes fertility. In the second (full moon) phase, Ix Chel is depicted as the Mother, a pregnant woman dressed in bright clothes she has woven. Ix Chel's third aspect (waxing moon) is the Crone,  wrinkled and hunched, wearing a skirt of crossed bones. She holds an inverted jar from which water pours . A serpent either sits coiled on her head as a headdress or is held in her hand, signifying transformation, just as the snake sheds its skin and emerges renewed.

AKA in other Mythologies: Approximately 70 moon goddesses exist in 38 religions, ranging from Myesyats (Slavic) to Arebati (Pygmy). Polynesian mythology has nine moon goddesses, Hindu seven,  and Greek five. The other 35 religions each have one or two moon goddesses. Some represent different phases of the moon's cycle, some provide an explanation for the moon's purpose and its relation to the sun; most represent woman's creative power and fertility.

Her Story: In the heavens, Ix Chel fell in love with the Sun God, Kinich Ahaum, and followed him as he journeyed through the sky. She won his love by impressing him with beautiful weaving skills she learned by watching a spider. Her possessive grandfather, angered by this union, hurled a lightning bolt at Ix Chel, instantly killing her. Hundreds of dragonflies congregated and sang over her fallen body for 13 days and 13 nights until she emerged from her death-sleep to reunite with Kinich Ahau. The Sun God eventually became jealous of Ix Chel, accusing her of having an affair with his brother, the Morning Star, who was always near by. He banished Ix Chel from the sky and so she took sanctuary with the Vulture Deity. Kinich Ahau soon returned and persuaded Ix Chel to come back with him. She did, but before long he again became jealous, and so Ix Chel left once more, this time of her own accord, taking the form of a sphere of white light that disappears whenever the sun comes near.

Interpretation: Seemingly gentle and unobtrusive, the force of the moon possesses great power. It directs the tides, lights our way in the night and invokes quiet introspection. Observe closely; the moon affects us not only externally; you may feel the moon's pull on your own internal waters.

Ix Chel's triple aspects tell us the story of creative powers and the natural flow of existence through the phases of the moon. The Maiden holds the promise of fertility at the beginning of both the monthly and life cycles. Seen as the waxing moon, she is a vessel filling up-she grows, she changes, and she affects all those around her as she pulls the flow of water.

The Mother is the full moon pregnant with light; round and encompassing like the womb. We flow in the waters of creation, and we experience the moon's pull, yearning for her when she calls. Ix Chel, our Goddess of the Moon, is the life force within and without. She lies within the pregnant moon, flowing through her own transformation, and yet she holds us within her womb as we flow through ours.

The Crone shows us the inevitable end of the cycle as she pours the creative waters from her waning, crescent moon. She rages 'against the dying of the light' (as Dylan Thomas put it). In her fury she empties her vessel into the world through rain, floods and violent storms. Always transforming, ever changing; Ix Chel diminishes in size before her luminescence extinguishes altogether. As always the cycle begins again, whether the ebb and flow of daily creativity or the cycle of a long life.

Meditation: Go to a quiet outdoor place where you can view Ix Chel at night in the aspect you would like to meditate on. In the waxing moon phase, you may want to consider promise of the future, hope, fertility or growth.

The full moon may invoke creative powers, realization of wishes, understanding of the fullness that your life holds now, moments pregnant with possibility. You may want to fully acknowledge the full moon's pull on your body's fluids. This takes some open awareness and focus, but once accomplished, you become so attuned to the moon that you sense when it is full even if you don't actually witness it.

You may want to meditate on the waning moon when you need to focus on the natural process of life and how the passing of one feeds the creation of another. Consider this phase as a legacy of creative forces we share with others. Remember that the crescent moon's beauty is the same whether it's waxing or waning.

Honor whichever phase you choose to meditate upon and all it holds in that moment.