Profile of a God: The Dagda 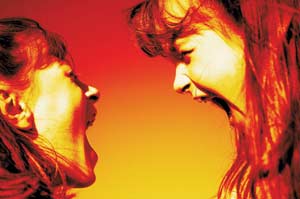 The Good God of the Celts, The Red Man of All Knowledge. 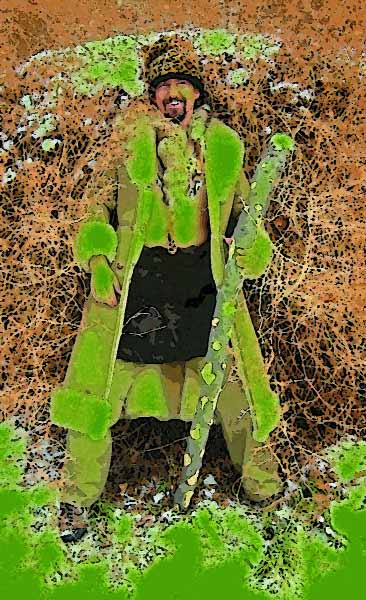 Editor’s note: Four months ago we began the series “Profile of a Goddess,” by Carol Koleman. This month we’re expanding it to include gods, with a note of explanation: Everybody partakes of both so-called masculine and feminine energies. The powers and attributes of both gods and goddesses are available to all regardless of gender.

AKA: The Red Man of All Knowledge, The Great God of the Druids, Eochaid Ollathair (Father of All), Ruad Rofhessa (Red One of Perfect Knowledge) Sucellus the Hammer God, Taranis the Thunder God and Danu

Born: No available date, but the Celts were at the height of their power around 300 BC

History: The ancestors of all Europeans, the Celts were the creators of present-day Europe. They controlled all territory from the Mediterranean to the Baltic, and from Ireland to the Black Sea. Much of Celtic history is contained in stories, legends and myth handed down from generation to generation. This is particularly true of the pagan Celts. Most of recorded knowledge about Celtic gods has come from Roman sources because the Celts believed that all knowledge was sacred, to be vigorously guarded, and not to be written. Ancient Irish stories contain some of the earliest written records of Celtic mythology, and they most likely contain a fairly accurate depiction of Celtic tribal beliefs. The Dagda first appears as the son of the Fomore King Elathan and the goddess Danu. They wanted to create a force for good within the corruption and evil present in the Fomore (the original spirits of Ireland, deities of extreme evil). Danu raised The Dagda and his siblings on Earth and as gods, and they initiated many attempts to overthrow the Fomore from ancient Eire. King Elathan is said to have seduced The Dagda’s daughter, Eriu, who gave birth to Bres—the trickster of the Celtic Gods. Bres became King of Eire, and then upon revealing his father’s identity, surrendered Heaven and Earth to the Fomore, which reduced the Danaans to menial roles. And so The Dagda once again led battles against the Fomore and conquered Heaven and Earth, and became God of Heaven. He divided Eire among his sons and was worshiped throughout ancient Ireland and Britain. The Dagda was the “father god” of the pagan Celts, and was often described carrying a powerful club and a magical cauldron known as the Undry, which supplied unlimited food and drink. His club symbolized his enormous power for it could kill enemies and return life to the dead. His magical cauldron was often known as The Cauldron of Plenty, which symbolized unending abundance and also this god’s ability to provide for his people. The Dagda also had a living oak harp named Uaithne. The Dagda used Uaithne to play the music of dreaming, the music of joy, and the music of sorrow. He also played Uaithne to cause the seasons to change in their proper order. The Dagda was king of the Tuatha Dé Danann, and he ruled over Uisnech in County Meath. The Celts often called him the Good God because he protected their crops. He wore a brown tunic, hooded cape, and horse-hide boots. He had three wives, three sons, and two daughters. There are many tales about his joyous nature, and his love of food and sexual exploits. The Dagda was also considered a god of magic and time, and was known as The Red Man of All Knowledge.

Interpretation: The pagan Celts and their gods have much to teach us. Celtic and Druid culture and mythology demonstrates a strong physical and spiritual connection to the natural world and its animal inhabitants. In our modern world it is sometimes easy to fall out of balance and harmony with our inner selves, with others, and with our broader human community. It is often easy to feel our energy pulled in too many directions at once, and many times our inner needs and desires are left unattended. The Dagda was a god of great power and wisdom, and it seems much of it came from his deep connection to the Earth. Indeed, his connection to the natural world was so strong that he changed the seasons with his magical living oak harp, Uaithne. The Dagda teaches us to slow down and reconnect with the natural world and its rhythms. In the time of The Dagda, it was perhaps easier to stay connected to the natural world because it was an integral part of daily life. Sadly, today this is often not our reality, and perhaps this is one of the greatest reasons for feelings of disconnection and imbalance in our daily lives. We can slow down by saying ‘no’ more often to requests of our time that deplete rather than energize us, and we can therefore create more opportunities to reconnect with the natural world and with each other. Take the time you need to make that connection—hike in the forest, walk by the stream, climb the mountain, swim in the lake. Renew your primordial connection to the Earth, and by doing so reclaim balance and harmony in your own life, and access the full power of who you are. The story of Dagda and his magical harp also teaches us that many things in our lives are cyclical, and as the seasons change from one to another, there is a time and place for everything, and what may seem missing in your life right now, may very well come full circle and return once again. Just as each season requires its own time and space before the emergence of the next season, so do the seasons within us. Be patient with your longing for that which seems missing in your life, for as The Dagda teaches, each season will return in its own time.