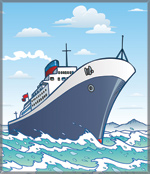 For a psychic predicting the future, there are occasions when you must try to find the diamond in the mud. The year at hand is one of those times.
Numerologically speaking.
From the perspective of numerology, 2010 yields the gift of 10/1. The 10 regards power, leadership, autonomy, independence and determination—a helpful energy that is desperately needed now. But when too many egos get involved and there are power struggles, progress quickly erodes and the 10 dissolves into a 1. The 10/1 pattern is volatile, with the capacity to move from a 10 to a 1 and then back again.

For a psychic predicting the future, there are occasions when you must try to find the diamond in the mud. The year at hand is one of those times.

From the perspective of numerology, 2010 yields the gift of 10/1. The 10 regards power, leadership, autonomy, independence and determination—a helpful energy that is desperately needed now. But when too many egos get involved and there are power struggles, progress quickly erodes and the 10 dissolves into a 1. The 10/1 pattern is volatile, with the capacity to move from a 10 to a 1 and then back again.

The 1 is about humility or being humiliated. This year we all must learn to stay as humble as possible and yet attempt to make progress—but progress that supports everyone, not just our own agenda or ego.

This year’s number also gives us a path of 11/2, which concerns expansion and contraction. We attempt to find ways to define meaning in our life. {quotes} There will be moments when things seem to expand but just as quickly they can contract down in ways that you may not see until it is too late. In those moments of contraction, don’t panic; and don’t make a mountain out of a molehill. {/quotes} Without any effort, 2010 will be filled
with lots of both. Know which one is which for maximum ease.

The year as a whole adds up to a 3, known as a roller coaster year: You may want to get off but the ride seems to go on and on. The 3 year is about learning how to reframe the negative to a positive. We’ll get a lot of practice this year under the influence of some tremendously challenging astrological patterns.

One challenge is that Uranus, the disrupter planet, moves into Aries, the god of war, on May 28. We are all connected and somehow we will be affected by any upset that rears its head during this period. Uranus in Aries lasts for about 7½ years. So take a deep breath and study patience.

Uranus is always about sudden and radical change. We definitely could use some of that. It is obviously already happening, though we cannot seem to agree on a predicted (or even preferred) outcome.

Saturn and Uranus in opposition has been causing most of the financial upset over the last year-plus. That is because Saturn is conservative and about money, while Uranus is about change and new directions. You can see how they may not align easily. The tension increases through July 2010, causing major changes in medical issues regarding insurance as well as research and technology. It will also cause new economic patterns to be discussed and eventually implemented.

Saturn tends to hold its ground until it understands all the details. We saw this problem recently in the House and Senate regarding the health care crisis.

Pluto in Capricorn, which officially landed on November 26, 2008, is conservative (in the literal sense) by nature. For the next 15 years expect a trend toward conservation and self-reliance. This is good but it will seem much less exciting than the previous 12 years, when Pluto was in Sagit­tari­us. That pattern caused the excessive spending that we are now having to deal with.

Where there is a lack of integrity, that pattern will be revealed. Old structures will fall; new innovative structures will arise. Some will work and some will have to be re-worked. Regardless, we are exploring new patterns that will eventually find a solid place in our society.

{quotes} As Jupiter goes into Aquarius, out come the rose-colored glasses, bringing us the illusion that things will get better quickly. {/quotes} It also brings innovation and inspiration, but can then cause confusion and resentment when things do not move as smoothly as we expected.

We may feel trapped by circumstances. Go slowly, be methodical: The changes being made will totally shift how our world moves and how governments and economies are going to evolve to the next level of consciousness.

There is also a pattern of Saturn, Uranus and Pluto that can indicate the loss of a popular leader. At this point it could be anyone’s guess as to who that might be.

This pattern of Jupiter can cause excess. In particular watch for excesses with water including tsunamis, floods, hurricanes, tornados and extreme weather patterns of snow. Excess in the water element also stimulates fear and extreme reactions. Do not overreact.

What is wonderful about this pattern is that you will find that communities will come together and we will become more self-reliant as individuals. We cannot rely on our government to have the answers at this time.

Forward pacing the United States chart a bit, there is a Uranus square Pluto in June 2012 through March 2015. For the next three to four years, a spiritual, psychological energy will catalyze a shift in consciousness in the U.S. This can be an explosive, transformative time in which old secrets spill out into the global conscious awareness, which radically changes our identity. Things that have been hidden for a long time will become public knowledge, forcing our perceptions to expand and alter. For some, this will be a difficult time, especially if you are holding on to newly antiquated beliefs and are unprepared to deal with the truth when it is presented to you.

Even though Uranus will blast us out of our comfort zones into a radically new reality, we do have a protective pattern of Jupiter giving us some soothing moments in which to take a breath and regroup.

How to navigate these admittedly difficult waters

Avoid tormenting yourself with negative what-if scenarios. Instead, notice where you are afraid to show your authentic self for fear of being rejected or losing love. Stay conscious to where you hold yourself captive with your own fears and inner criticism. This is going to be a difficult pattern to readjust. But times are always challenging when you attempt to free yourself from the illusions and limitations of your past.

In the confusion and chaos, you may make mistakes. Remember to have compassion with yourself as you learn new skills and behaviors. Have compassion for others, also.

You may find it is a year of broken promises, pandemonium and the collapse of old alliances. But it is the way of life that things have to be dismantled before they can be rebuilt better and stronger. Remember always: Do not waste your potential or talent in fear or despair.