Did you know that the first openly gay representative was in the state of California? Better yet, the representative was a lesbian. In 1990, Sheila Kuehl took on a role as the lone-queer-wolf fighting for rights of LGBT folks at the legislative level. In this fantastically feminist film, we reflect on the long fight for marriage equality and how four lesbian politicians paved the way for gay marriage.

Kuehl is joined by three other female and openly gay representatives, Carole Migden, Jackie Goldberg and Christine Kenue. Kuehl and Migden spent the nineties in the “greatest moral struggle at the end of the century.” They were pushing for anti-discrimination laws for queer children in schools. Representatives simply were not emboldened enough to stand up for gay rights.

In old footage of the assemblies of legislation, we watch many express belief that these laws pushed the gay agenda and would “poison” the world into practicing a homosexual lifestyle. Representatives compared homosexuality to pedophilia and beastiality in front of their Ivy-League-educated lesbian peers. “Don’t take this personally” was a common phrase towards these women in this political era. In modern time interviews and reflections, we see how these women had to be strong as hell to face their peers and hold onto their dignity in the face of such blatant bigotry.

The film brings us from their first acts of legislation all the way through to the success of marriage equality passing during the Obama administration. We see the process from anti-discrimination laws, domestic partnership laws and even “don’t ask don’t tell.” The film pressed on the women’s rights movement being the original platform for gay rights. Women, not just lesbians, have experienced oppression through every century. Whereas men have always had basic human rights as long as they are not black or gay. When gay white men faced their fundamental oppression, they joined the women’s movement to fight for their rights.

Harvey Milk’s words, “Come out come out wherever you are!” rang throughout the film. These women made it their jobs to be out and open, showing people what gay people look like and act like. Midgen, a self-identifying femme lesbian, advised the LGBT community to introduce themselves as gay. She donned a hot pink suit and permed blonde hair in the political arena, revealing to the average person that lesbians aren’t just “butch”. The Political Animals push those of us in the gay community to be very upfront with our sexuality, not to hide, but to make the effort to be seen. 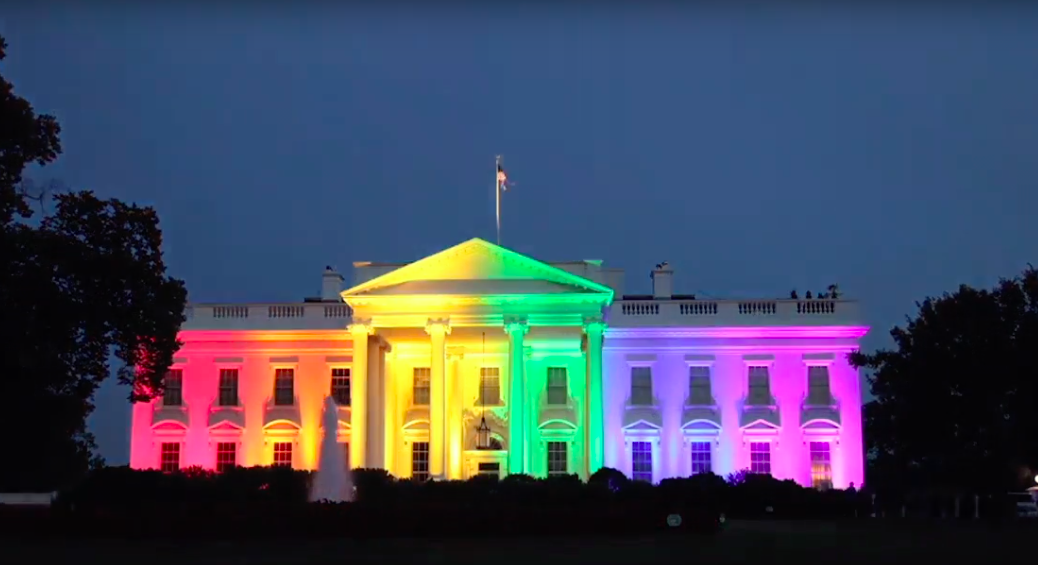 I was completely in tears by the end of the film. It was so powerfully motivating. A strong reminder of how many people paved the way for us to live authentic lives without fear or imminent danger. Watching the house of representatives in the early 90’s speak with such bigotry and ignorance showed that in a short decade, everything can change.

Not to mention how much further we still have to go to eliminate the leftover bigotry and lack of empathy that still resides in legislature. There are still no anti-discrimination laws in most states that protect the LGBT community from losing their jobs, housing, or even from being bullied in school. The women of this film, Sheila Kuehl, Carole Migden,  Jackie Goldberg and Christine Kenue still have not stopped their fight, nor do they want us to stop either.

The film shows that at the same token–we’ve come a long way.

This article was originally published on July 19, 2017.