In Utah’s world of grassroots activists and community builders we recently lost two great men— Robert “Archie” Archuleta on January 25 and W. Paul Wharton on February 14. At a celebration of Paul’s life, last month, his step-son Steve Bogden held up an obituary page clipped from the one of the daily newspapers. The obits for Paul and Archie rested side by side. An apt representation, Bodgen said, of their work together to challenge racism, poverty and other social issues over the years. Their work affected many in our community.

Later, at a memorial for Archie, his daughter Leticia also took a moment to honor Paul. “Someone very special to Archie, and to many of us here today, is missing from this celebration of life. I want to remember Paul Wharton as a friend and fellow peacemaker. We send our love and condolences to his family.”

So many good stories and memories were shared at these gatherings, and during on-air tributes to each man on KRCL. We wanted to share a few of them here. 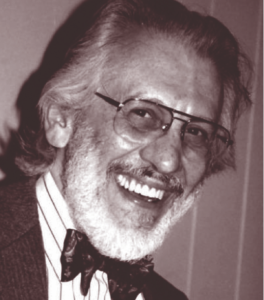 Ethel [Paul’s late wife] and I were active in the NAACP in the middle-1960s, and she used to hold court around her kitchen table, a tradition which she carried on after she and Paul got together. We called it ‘The Paul and Ethel Show’ because it was like a production. There were certain players, certain roles, and there was a conversation—mostly between the two of them. Sometimes if there was a dispute about the meaning of a word, Paul would get up and pull out a grand, large dictionary. And they would find the right word for the conversation.

Paul and Ethel began to do research on mergers in local media and they ended up challenging KSL’s license. At the same time, I had been active in the civil rights and anti-war movements and learned a lot about media. So we came together around this issue and concluded that we needed a progressive media voice in Salt Lake and Utah.

Paul and Ethel researched what the Federal Communications Commission would require to actually create a radio station. They sent me out to get the engineering study done, raise the money, build a board of directors and design the programming. Then Paul and Ethel put all of that information into the license request of the FCC. If Paul had not done this work himself it would have cost us tens of thousands of dollars to pay a Washington, D.C., communications law firm to do it.

Ethel and Paul taught me the meaning of community and caring about the people you live around. I learned from them to take pride in my community and to be active where you live.

Paul had gone to Harvard for two years. After he passed, I was talking with his brothers, Ralph and Lenny, about how Paul was so consumed with WHRB, the Harvard community radio station, that he forgot to go to class his third year and wasn’t able to continue working on the radio station. He ended up joining the military and he found himself at the American Force Network in Europe, out of Frankfurt, where for three years he hosted a classical music show. Years later he said he was probably the last person to attend law school at the University of Utah who did not have an undergraduate degree. He had gone to the Dean and made an agreement that if he was able to have passing marks for his first year, they would allow him into the program for his second. Three years later he passed the bar and was able to get a job at Utah Legal Services.

Paul always took his coffee with coffee, no cream or sugar. Paul’s kitchen was in the back of the house and you could see through to the front door. One day while I’m sitting there, oh my god, in walks [former mayor of Salt Lake City] Rocky Anderson. I know this guy, but the other question is how do Paul and Ethel know Rocky Anderson? Before he was able to attend law school, Paul was a taxi cab driver in Salt Lake City, and eventually was promoted, or demoted depending on how he would tell the story, to dispatcher. During that time, there was a guy named Ross “Rocky” Anderson who was another taxi driver. Paul would be dispatching Rocky up into the Avenues, but instead of saying, like, 62 K Street, he would go, “62 Kafka” or “137 Balzac” or “1638 Hemingway.” And Rocky was wondering, “Who the heck is on the end of the line?” Eventually they ended up connecting, and what you got there was two fiercely intelligent, politically active and motivated guys who had a love of literature and just knowing stuff. 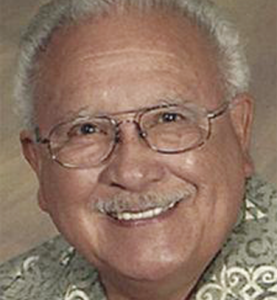 I met Archie when we both served on the Guadalupe School’s board in the late-1970s and the ‘80s. We worked closely together doing what we could to make sure that economically disadvantaged kids would have extraordinary early-educational opportunities. We knew the difference an early education could make for students and then for families many generations into the future. So after knowing Archie all those years and working with him on these issues, when I was running for Congress in 1996 I called Archie to see if I could add him to my list of endorsements. He readily agreed. Then a few minutes after we hung up the phone and I wrote his name down on my pad, he called back. Hesitatingly, Archie said, “You know, Rocky, maybe you hadn’t better put my name on that endorsement list.” I was surprised; my feelings were a little bit hurt. I said, “Why, Archie?” He replied, “Well, I just want to protect you. You see, I’ve never officially taken my name off the roles of the Communist Party.” I laughed and said, “Our campaign is all about diversity and I’d been wondering where we were going to find a communist.”

I was 16, sitting in the principal’s office at a local high school that will go unnamed because I was getting kicked out. At the time, Archie was working for the Salt Lake City School District and before kids of color were kicked out of school—I was one of five kids of color at this school—he had to do an exit interview. So I’m sitting in the principal’s office. I’m angry. I’m hostile. I’m going to beat up the next person who walks in the room. And who walks in but this little short guy with gray hair, with the kindest eyes that you could see, and I decided that it wasn’t a fair fight. So I sat back down in my chair and he pulled up a chair right in front of me. He said, “Look, I know it’s hard to be at this school because of the names that you get called. I know that you’re not allowed to compete in gymnastics because you’re a Mexican.” And he went through this whole list of things that I had experienced. I didn’t know this man, but he said to me, with this look in his eyes, “Do you want to be the loser they think you are, or do we want to prove them wrong, God damn it!” And so, that was my first experience with Archie. I went on to graduate and go to college, and then he offered me a job working as a high school counselor.

Later Archie invited me to help him create the youth program with NeighborWorks Salt Lake, which was a prevention program for young kids involved in high risk activities in Salt Lake City’s west side. He said, “Maria, we need to engage these young people who are starting to get involved in gangs and teach them about community building.” Thirty-six years later, this program has served over 4,000 kids. His impact has been incredibly tremendous.

The beauty of Archie is that he mentored so many of us. To live a quality life, Archie believed you had to remember three things: peace, justice and equality. He always told me that sometimes you’re going to stand alone, but if you know that you’re doing the right thing, then you’re truly a leader.

Sometimes when we think about leadership and mentorship, we think of people whose faces or names are in the paper, but that’s not how Archie led. It’s not how he mentored many of us to lead. He told us that sometimes a true leader leads from behind, leads from the side, and leads from the front. The way to honor Archie is to continue that philosophy of peace, justice and equality. That doesn’t always mean you’re leading from the front. Sometimes it means you’re leading from behind or from the sides, sometimes you’re supporting others to accomplish their goals and their dreams.

As Archie’s nephew Marcus said at his uncle’s memorial, “Vaya con Dios, Uncle Bob, and to hell with that wall.” Now go out and make Archie and Paul proud by speaking up for peace, justice and equality in your own way.

Listen to Lara Jones and Billy Palmer on RadioACTive, a show for grassroots activists and community builders, weeknights at 6 on 90.9fm KRCL. The on-air tributes to Paul and Archie can be found online at www.krcl.org in the RadioACTive archives for February 22 and 26, 2019, respectively.

This article was originally published on March 31, 2019.