Baby's first words don't have to make a sound.
by Beth Carter 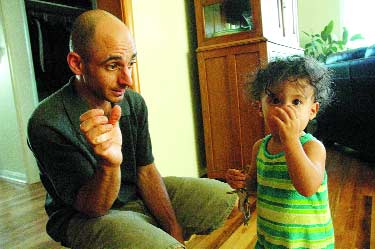 A new phenomenon is sweeping the parenting world: Parents have been teaching their pre-verbal infants sign language in order to communicate before the child can speak. Although not entirely new-the parenting technique was developed in the late 80s- it has only been recently publicized. Parents often fall victim to these so-called parenting fads, but there seems to be something different about baby signing that suggests its staying power.

Joseph Garcia, who was inspired while working as an interpreter in the deaf community, founded the movement in 1987. He began to observe the communication between deaf parents and their hearing infants before the children could speak. Garcia's program is called "Sign with your baby," which advocates the teaching of American Sign Language (ASL) to normally developing, hearing infants, starting instruction at five to eight months old. Most infants do not speak until 12 to 18 months old and according to Garcia, this program's goal is to help infants develop a means of communication before speech that allows them to demonstrate their needs and wants while reducing frustration and tantrums. 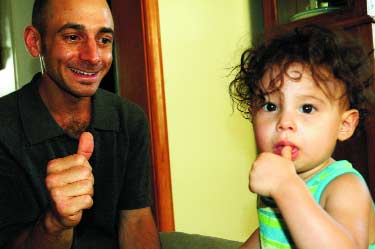 Around the same time, Drs. Linda Acredolo and Susan Goodwyn, both of UC Davis, investigated the effects of children who used signing as infants compared to those who did not and concluded that signing with children could give them intellectual advantages. The two schools of baby signing differ in that Garcia's program emphasizes that babies be taught signs from an official sign language, such as American Sign Language (ASL), while Acredolo and Goodwyn believe it is best that parents and children develop their own signs. Both methods are said to promote better communication, bonding, less frustration and increased expressiveness.

Candice Mallicoat is the director of the business "Brilliant Bundles," a baby-signing resource center that she and her husband run from their home in Bountiful. Brilliant Bundles sells e-courses and kits and provides some private instruction. As well as running her business, Candice is a mother currently teaching her child how to sign.

According to Candice, baby signing is an important tool for parenting because not only is it pleasurable for the family, but a child's self-esteem is improved. Candice also mentioned benefits such as the effects of concurrent visual and audio stimulation, firing both sides of the brain and increasing IQ by 10-12%. An important aspect of baby signing is speaking the words as you sign them, to promote the child's verbal center as well as dexterity.

Another advocate for signing with your child is Matt Stella, a Salt Lake City parent who along with his wife Jeni Indresano has been signing with his 15-month-old daughter, Paprika, since she was an infant. As a teacher, Candice described the process of teaching signing to an infant and to yourself as requiring a lot of patience. Matt, on the other hand, explained the process as not "taking any more time than talking." Baby sign books that you can read to your child will help you learn the signs as you read. Matt did see reduced frustration, fewer tantrums and more communication, but was pleasantly surprised to find it "even more helpful in giving her a means to communicate just for the excitement and satisfaction of being able to communicate at all." He also found that Paprika understands verbally more than she is able to sign.

For both Matt and Candice, the purpose of signing is to communicate and bond with their children, not to give the kids a competitive edge. And though both admit to signing's fad status, Matt sees signing as an evolution in parenting, and Candice sees signing as a fad that is reaching parents who want to do things for the benefit of their children.

The good news is that these products are easily available to everyone. Matt's family used books provided at the public library. Brilliant Bundles offers low-cost (under $10) e-courses. 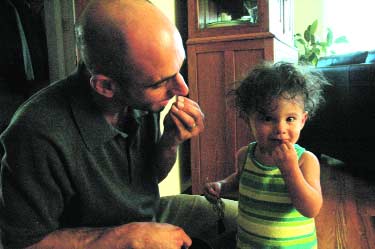 So are there downsides? As an instructor, Candice says the downsides lie with the parents. If the parent gets frustrated, the child will not want to do it, but "a normal child, with normal brain function and ability won't turn this down. They love learning, mimicking and talking and they really want to communicate." These results are similar to what Matt Stella has found with his daughter.

Critics say infants who sign speak later than those who do not. Proponents say this does not happen when you speak the words as you sign them to your child.

Baby signing is spreading-quickly and globally. Brilliant Bundles has clients in Australia; Britain's National Literacy Trust has a website to help guide English parents into making an informed decision regarding signing, and Canada's main parenting magazine's website has a section dedicated to baby signing. New parents are discovering signing as a way to reduce frustration and bond earlier with their child. Baby signing might have started as a fad, but it is evolving into a widely used method of communicating with the very young.

Beth Carter completed her sophomore year at the University of Oregon and will attend Trinity College in Dublin, Ireland this fall. She is currently a CATALYST writing intern.