Paradise vs. a parking lot

The history of Salt Lake City is one of self-reliance, community and agriculture. When the Mormon pioneers first arrived in the Salt Lake Valley, they quickly went to work building their very own “Zion.”  Taking advantage of the rich soils and fertile grasslands on the eastern side of the valley, early Salt Lake City’s residents produced nearly everything they consumed. Adopting the irrigation strategies of the natives they displaced, it was a famously hardworking community rooted in agriculture.

This celebration of hardworking self-reliance was evidenced by the adoption of a traditional bee skep as the symbol of this culture, which later became the “Beehive State.” Early church patriarch Brigham Young stated, “What is the duty of a Latter Day Saint?  To do all the good he can upon the earth.” 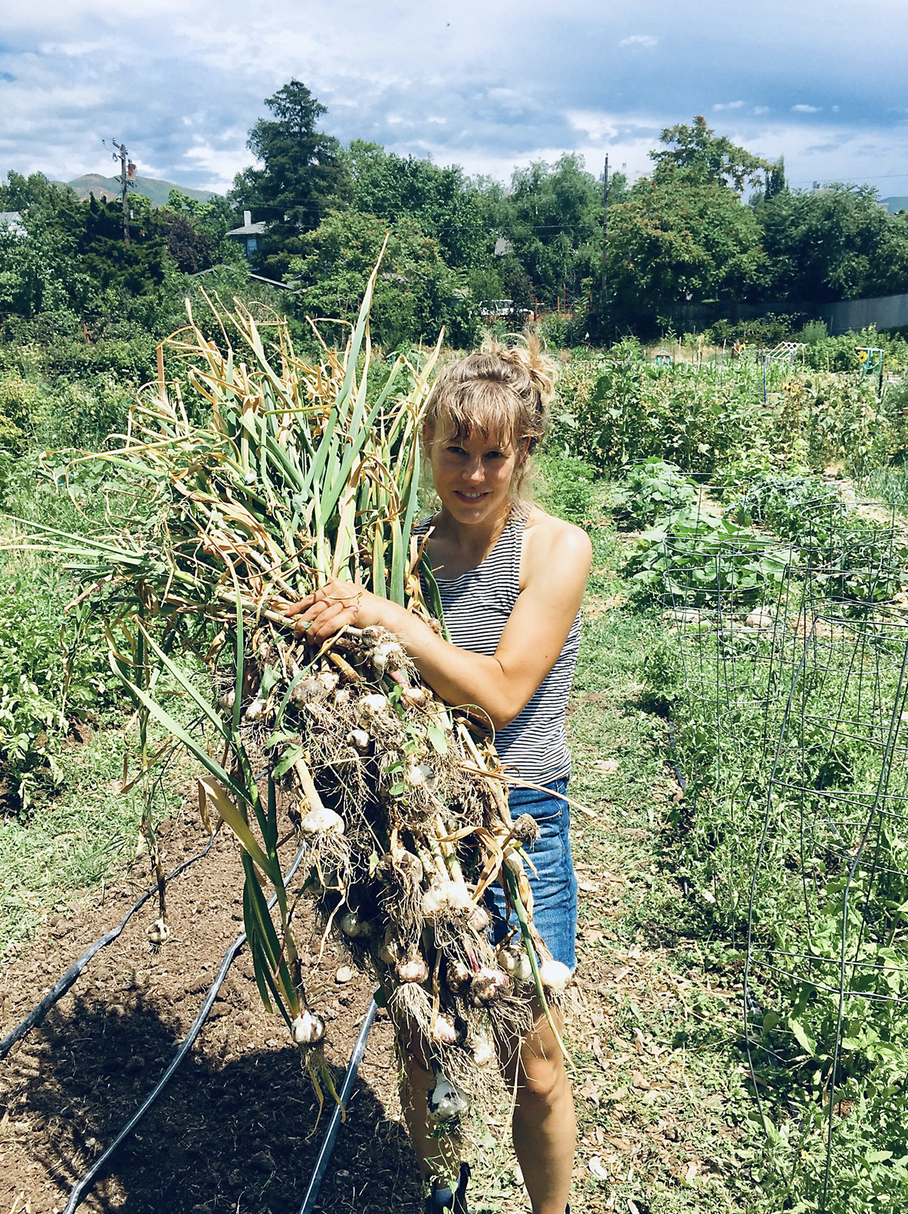 As the story so often goes, over time agri-culture gave way to “progress,” and this religious movement rooted in land-based self-sufficiency was eventually replaced by recommendations to hoard a two-year supply of canned food under the stairs instead. But not everyone yielded to this compromise: In green spaces scattered throughout the city, many modern residents of Salt Lake still hold true to the early Latter Day Saint vision of building community, and participating in creation, through the growing of one’s own food in a community garden.

One of the largest and historically significant community gardens is the Outreach Garden, or “The Big Garden,” located on a two-and-a-half acre open space owned by and adjacent to the LDS 33rd ward on 1100 East, between 400 and 500 South. For over four decades, the church has generously offered up the space for gardeners of all walks of life to grow both food and community.

The garden hosts over 40 large community garden plots, 12 beehives, 23 chickens, and orchard trees. It also serves as a critical venue for social interaction, both for members of the LDS Church and their non-member neighbors.

“Working at the garden allowed us to meet and get acquainted with people in our community, people with different backgrounds, nationalities and social groups, including ward members,” said Tina, a community gardener.. “We have since enjoyed every opportunity we can find to wander up into the peaceful refuge of the garden to check on the chickens or pull a few weeds. The garden is a gem in the city. It has helped tremendously in our transition to a new place and adds purpose, camaraderie, and beauty to our lives,”

The garden also serves as a key piece of open space for nonhuman residents to enjoy as well. Countless pollinators and other beneficial insects, hawks, hummingbirds, owls and other birds, deer and other wildlife regularly share the property. 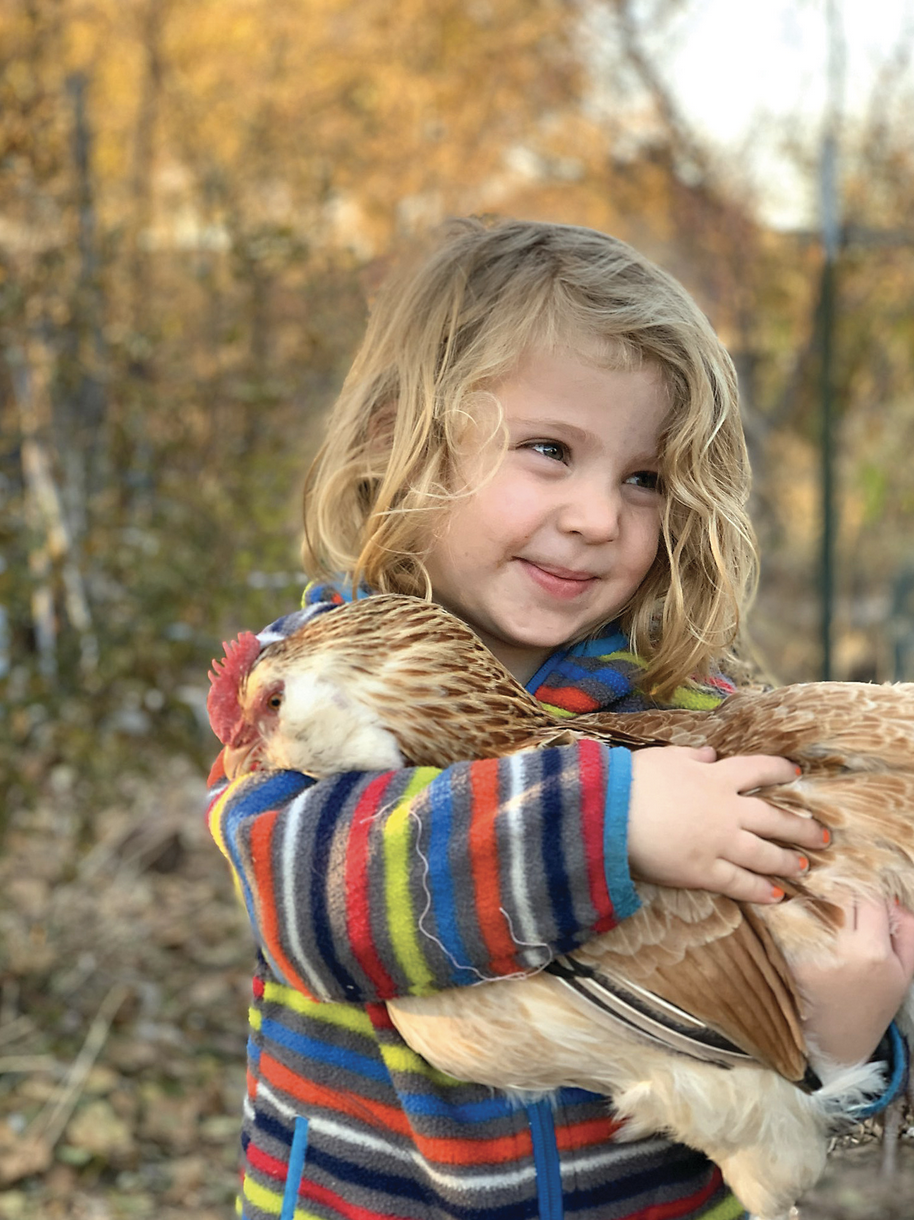 One morning at the end of October the gardeners arrived to find a posted notice from the LDS Church informing them they had until the end of December to vacate their garden of Eden, after which point the garden will be shaved, paved, and become a parking lot and pavilion.

The church announced plans to reorganize where different wards, or congregations of members, would meet. This has necessitated an increase in the amount of parking needed to accommodate the increase in members meeting at the 33rd ward.

Understandably, this decision by the LDS Church has come as quite a blow to the residents of the area. “I thought I had found a little patch of peace of mind, and sanity, and growing things within walking distance of my home,” says Dan Lutton, who has gardened there for 10 years. “Oh well—like Joni Mitchell sang 50 years ago—you don’t know what you’ve got/till it’s gone/pave paradise/put up a parking lot.”

Many residents of the area are baffled, as replacing an important community gathering place with a parking lot that will sit empty most of the week just doesn’t make sense to them. Some members of the 33rd ward are also struggling to understand the church’s decision, which is at odds with church doctrine:

The earth and all things on it should be used responsibly to sustain the human family. However, all are stewards—not owners—over this earth and its bounty and will be accountable before God for what they do with His creations. 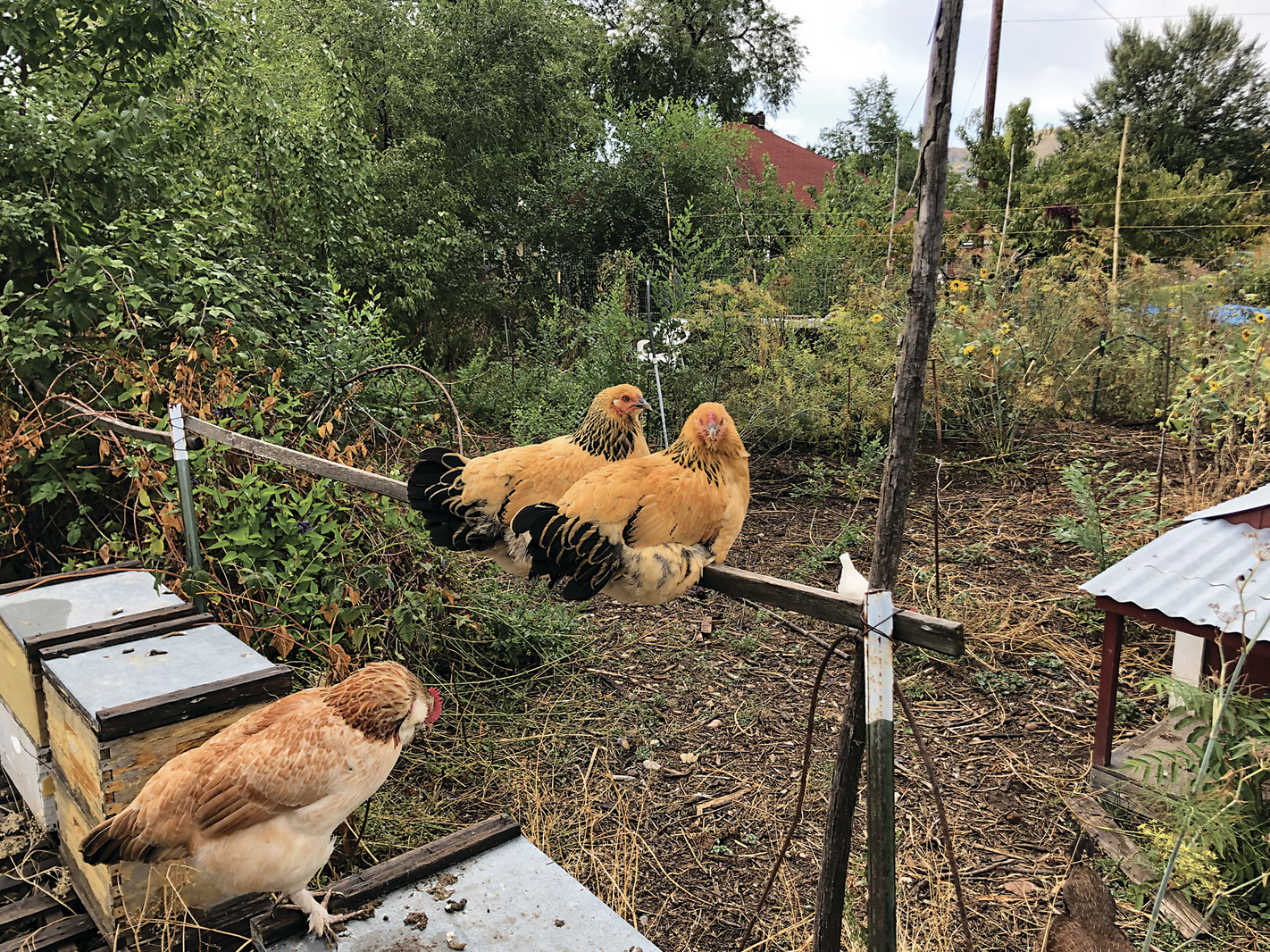 Approaches to the environment must be prudent, realistic, balanced and consistent with the needs of the earth and of current and future generations, rather than pursuing the immediate vindication of personal desires or avowed rights. The earth and all life upon it are much more than items to be consumed or conserved. God intends His creations to be aesthetically pleasing to enliven the mind and spirit, and some portions are to be preserved. Making the earth ugly offends Him.

Prudent, realistic, balanced, and consistent with the needs of the earth are four things another parking lot are not. Wynn Shooter, a gardener on the site, had this to say. “With the local population growing, and development increasing, such spaces should be treasured as highly valued centerpieces of our community. Once lost, spaces like this one are not easily restored. Fantastic parking lots do not improve our community, but this garden does. This land has been cherished and cared for by gardeners for decades. This garden is unique, special, and practically important. Losing this garden would be a major loss for our community and the people who love it.”

As gardeners and members of the community search for a way to save their garden, they approach the situation from a position of gratitude. “We feel so fortunate that the 33rd Ward and LDS church have been so generous with their land,” said Sandra Phillips. “It is such a special place for gardeners, wildlife, birds, owls, chickens, local kids, bees, ward members, neighbors, and the surrounding community. We so hope the LDS Church will reconsider its devastating plans for this beloved space.”

At a Community Council meeting on November 21, residents and leaders from the church met to try and find a way to save the community’s sacred place. The meeting was heated at times, and many alternatives were offered up for the church leadership to consider. Encouraging residents to walk to church, since most LDS churches are placed strategically within the immediate neighborhood of its members, was an immediate and obvious solution.  There is also another grassy area on the church grounds which could be paved to provide more parking, or to even rethink how the wards are being reorganized so that only two wards would meet at this building. Larger events could be moved to the U campus ward building, and there was even discussion about the possibility of building a parking garage which could house a replacement community garden on its roof.

During the meeting, Patrick Risk, planning manager for the LDS Church in Utah and candidate for 3rd District City Council in South Jordan, stated that the church does not “dictate” whether or not its members should walk. Indeed, with the consolidation of the wards, more people will be traveling out of their neighborhoods to attend church.

I reached out to Risk for this article, and received this response from Irene Caso, the LDS Church’s media relations manager, “We express our appreciation to all those who attended the East Central Community Council meeting on Thursday, November 21st to ask questions and provide feedback on the Church’s plans to house an additional ward in this building – and the subsequent need for expanded parking. We are drafting responses to all who submitted comment cards. We are grateful for the productive dialogue that has been facilitated by the East Central Community Council, and we will be gathering additional feedback in the weeks to come.”  The church has also agreed to postpone their date for clearing out the garden from the end of December to sometime in March.

Gardener Sarah Dyer sums up her feelings, “Losing this garden feels like an enormous personal loss, but it also feels like a loss for the greater Salt Lake City community—there’s not another garden like it here; for the neighborhood—it is beautiful to see how happy the neighborhood kids are when they come to visit the chickens or play in the bamboo grove; for the animals that rely on this space for their survival—it’s a regular stomping ground for deer, hawks and owls; for our small ragtag community—this garden contributes to the well-being, food security, and health of many; and for the church itself. There are several church members among our community and families frequently spend time in the garden after church.

“I felt a sense of ineffable gratitude and joy the first time I set foot in the garden, and I continue to feel it every time I visit. I’m profoundly grateful for the time I have spent in the space, and I hope this year won’t be my final season there.”

If you would like to  become involved in helping to find a way to save this garden, please call or send comments to East Side City Council members:

This article was originally published on December 1, 2019.