Breaking the Wall of Silence Around Unintended Pregnancy with the Audio Play, “P.G. Anon” 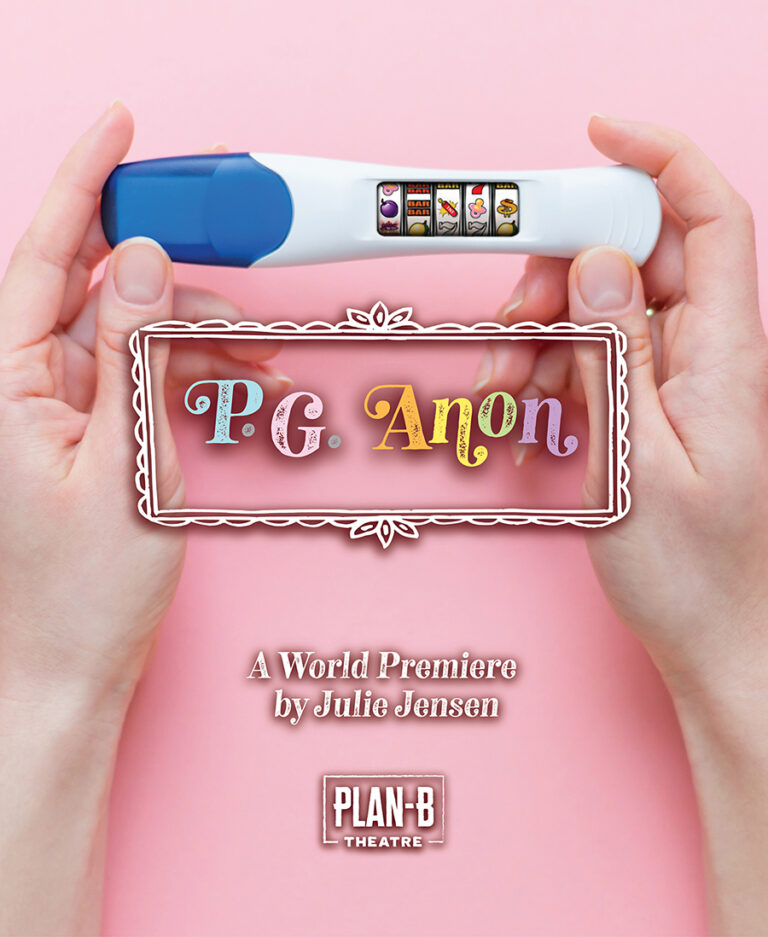 One day a friend of mine was complaining, “You don’t understand,” she said, “what straight women go through: pills, rubbers, pregnancies. Fearful and furious all too much of the time.”

I began asking friends: had they ever been frightened and furious about the threat of an unintended pregnancy? All women had been, and I do mean all. No matter the age, class, race, marital status, religious affiliation, all women had stories. They shared them with me, on condition of anonymity. Some had never told another living soul their story. Not ever.

Each of them was moved that someone was asking about this subject. They knew it was important, knew such stories were legion, and most of all, they knew the wall of silence that surrounds the subject.

I had the subject, and I’d done the research.

How to tell this story?

I decided to use three characters, all facing a surprise pregnancies. One is too old, one too young, and one not up to the task of raising a child.

That’s when Pauline, Sheila and Tiffany walked into my life. And for the last two years, they have been in residence. They want their stories told, and they did not let up until I told their stories right.

I worked on the play with Rivendell Theatre in Chicago. I also worked with Plan-B Theatre in Salt Lake.

What I envisioned was a very physical play, fast-paced, chaotic, abstract and busy. I was not striving for realism. I wanted to capture the feeling of the time between suspecting pregnancy and any decision about what’s next. Women are alone at that time, living in two heads, one deeply buried in the present, the other threated by a future turned upside down.

When I had a draft of a play, Plan-B did a fully-staged reading of it. I was very pleased. It worked in the way I had envisioned.

Then Plan-B decided to produce the play as a part of its 30th season. I was flattered, gratified, and excited.

And then along came COVID

During the initial COVID shutdowns, we imagined the epidemic would be over in a few weeks. Instead, more than a year later, almost everything is closed down.

But Plan-B had a plan b: all the plays in their season would be adapted for audio.

Oh lord, I had to make this abstract, physical, chaotic experience into a play for the ear.

And that’s what I’ve done during COVID. I have made the play into an experience to be heard, not seen. There were trade-offs in the process. But I think I have made the play more authentic, more direct. The characters are closer to the woman next door, the kid down the street, and your sister who went astray.

How it all turned out

I like the piece. I like it a lot. I think it says what I wanted it to.

I’m also working with first-rate people and a cast from heaven.

What I want from the radio production:
I want us to listen to these women,
and remember
the times in our own lives
when we were frightened and furious.

I’d like us to hear ourselves in others,
even as we hear others in ourselves. 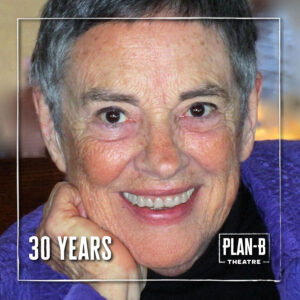 Playwright Julie Jensen is Utah’s most-produced playwright. Plan-B Theatre has previously produced her
plays SHE WAS MY BROTHER and CHRISTMAS WITH MISFITS. The world premiere of her latest,
P.G. ANON, opens Plan-B’s 2021 Audio-Only Subscription Series, streaming February 25-March 7
on their website or on their free app in partnership with Planned Parenthood Association of Utah.