An essay on language and immigration. 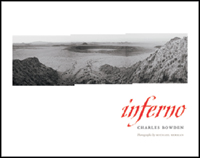 Pollo Feliz,” the chicken-franchise signs declare all across Mexico. I always wondered just how roasting would make a chicken happy (or do they only roast happy chickens?) In any case, if Mexican pollos are so happy, why are they paying coyotes to lead them across the Mexico-US border in record numbers? And why are so many citizens of the United States, many of whom prize roasted and fried chicken, so upset about the influx?

The answer, I think, is language. The immigrants speak Spanish and some English. Most immigration-opponents speak English only. And the English spoken by the most strident opponents is not the supple, discriminating instrument it might be, but rather a brittle, limited, one-eyed demagogic English that depends on the same bullhorn repetitions that lead to the racist Chinese Exclusion Act a century ago: They take our jobs, they spread disease, they don’t pay taxes, they gobble up our social services, they flood our schools and jails, they undermine the rule of law. “The immigrants have an advantage on us for jobs,” one counter-demonstrator said during the massive Latino protest in Los Angeles, “they speak two languages and we only speak one.”

Utah’s English-only bill was meant to put these threateningly bilingual immigrants in their place. Then Utah legislators took away undocumented immigrants’ drivers licenses. Utah “Minutemen” drove south to protect our border from threatening brown-skinned hordes. There was an unsuccessful attempt to make graduates of Utah high schools pay out-of-state tuition if they were here illegally (for god’s sake, they might learn a third language!). And on December 16, 2005, U.S. House Bill 4437 made undocumented immigrants (and the social workers and priests who help them) into automatic felons. Utah Congressmen Bishop, Matheson and Cannon all voted for this bill, along with 236 of their mostly monolingual and Republican colleagues. Millions of Latino immigrants, legal and not, responded to the mean-spirited bill by taking to the streets of major cities, including perhaps 50,000 marchers in the largest demonstration ever seen in Salt Lake City.

In the recent election, according to a feisty New York Times editorial, “Some of the [immigration] debate’s loudest shouters, liars and dead-horse beaters were ushered by voters from the room—people like J. D. Hayworth and Randy Graf in Arizona, John Hostettler in Indiana and Rick Santorum in Pennsylvania.”

Immigration is as good for the United States as it is for Mexico. And even if it weren’t, immigrants are people, and people ought not be roasted like chickens. When we hire immigrants at low wages to do our work while making sure they remain illegal and thus powerless, when we write and read inflammatory books like Tom Tancredo’s “In Mortal Danger: The Battle for America’s Border and Security” and Pat Buchanan’s “State of Emergency: The Third World Invasion and Conquest of America,” when we pretend that a Berlin-type Wall is a solution to an economic problem, when we argue “rule of law” but mean (as Samuel Huntington does in his “The Hispanic Challenge”) “white, British, and Protestant. the distinct Anglo-Protestant culture of the founding settlers the English language; Christianity; religious commitment,” we turn up the heat and baste the pollos with our fear.

Analysis of the latest Census data indicates Florida’s illegal immigrant population is costing the state’s taxpayers more than $1.7 billion per year for education, medical care and incarceration. Even if the estimated taxes collected from illegal immigrant workers are subtracted, net outlays still amount to nearly $1 billion per year. The annual fiscal burden amounts to about $300 per Florida household headed by a native-born resident. (See the current FAIR website.)

For the sake of argument, let’s suppose that FAIR’s figures are true. It’s not difficult to add a few facts to the short-circuited analysis:

Immigrants buy groceries and cars and clothing. They pay an 8% fee for remittances wired to Mexico. They pay exorbitant fees to cash their payroll checks. They pay for gasoline and buy tools and donate to churches. If their employers obey the law, they pay Social Security taxes (and if they are illegal and the number is false, the money is “free” money for the supposedly failing system). Where are these contributions to the economy counted in the “FAIR” argument?

Consumers don’t pay $2 for a strawberry. They profit from low bids on stucco and roofing. Their bill at a restaurant is $50 and not $80. That surely adds up to more than FAIR’s annual burden to each Floridian.

If Tancredo and Buchanan and Huntington and their FAIR friends’ anti-immigration cant has got you wishing you didn’t speak English, here’s a suggestion: The best thinking and writing currently being done about immigration (not for immigration or against immigration, but about the phenomenon—its causes, its true costs, and the people involved) is by Charles Bowden (see November’s Catalyst review of his book “inferno”). Bowden has been writing about the Mexican-American border for years, and his “Juárez: the laboratory of our future”has haunted me since it appeared in 1998. But everything he has written before feels like a warm-up for the hemisphere-rattling Mother Jones piece titled “Exodus: Coyotes, pollos, and the promised van” (October, 2006; read it at www.motherjones.com/news/feature/2006/09/exodus.html). This essay has been scorched onto paper by a bilingual, opinionated, son-of-a-bitch cold-blooded realist who knows the border and its people all too well. His laid-back razor-sharp English sears all sides of the dilemma caused in part by NAFTA chicken hawks and faced by the pollos roasted on either side of the border. His sentences ought to be read by Utah’s three Congressmen and everyone else who pretends to get tough on immigration:

You can turn your back on poor people, or you can open your arms and welcome them into an increasingly crowded country and exhausted landscape. I think this country already has too many people. I find these beliefs pointless when I stand on the line. Across it flows the largest migration on earth. All the solutions in political play are idiocy sending them home would detonate the nations they have come from. We want an answer, a solution. But there is only this fact: We either find a way to make their world better or they will come to our better world. At the moment, we insist on the wrong answer to the wrong question. And so, the Border Patrol will grow. There will be a wall. Tougher laws will be passed by Congress. And the people will keep coming.