Notes from an Extremophile

I’ve always thought of myself as an outsider, in the general sense, if not the particular. I’ve usually had a small circle of friends, in which I definitely felt included, but I’ve seen myself as “outside” of society as a whole. More than an outsider, in fact: an active resister, a dissident, sometimes a crank. My whole life I’ve seen mainstream culture as uninteresting, distasteful, even downright evil. From oligarchy to a militarized police state, from Britney Spears to Who Wants to Be a Millionaire?, one can justify that viewpoint. Instead, I’m here to consider how these thoughts and feelings have brought me to a major life decision.

In September, Adele and I will be moving to Albuquerque, New Mexico, to work as apprentices at Skarsgard Farms. After that, we’ll probably apprentice on a farm back east somewhere. This is a big change from what I’m doing now: managing accounts and writing posts on the intranet for Health Sciences at the University of Utah. I’ll be trading in stable, well-paid employment for a low-paid apprenticeship, with no real clear plans on what we’ll be doing after that apprenticeship ends. We have some ideas for starting a small farm or homestead, or maybe a weird cabin-based hospitality thing, or maybe teaching adjunct. Whatever we do, it’ll be improvisational, low-income, small-footprint, and probably pretty far outside what most people in our culture do: chase a paycheck, buy stuff, repeat.

This weekend, I took a load of our stuff down to Cedar City, where my parents live, to put into storage. I picked up a conversation with my father about all of this, a conversation we’ve been having for a while now. I expressed my growing sense of futility in living a life centered around work and stuff-acquisition.

What he said to me this weekend put a lot of these thoughts and feelings into a new perspective.

I think a lot about what I want and what I feel, and a lot about all of this stuff I’ve just outlined. But I’ve never much considered why I feel these things. Or, rather, why I feel them in a historical or sociological context. I’ve always seen myself as separate from our culture.

But what my dad said made me reframe those thoughts: Am I, in fact, not separate, but rather a product, of our culture? 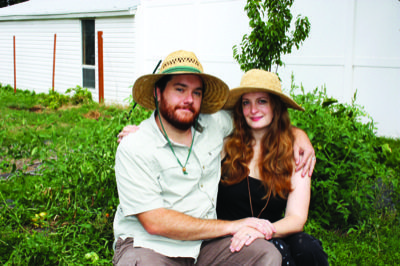 Of course I am. We all are. It’s rather egoistic and solipsistic to think otherwise. What I am (what we all are) is wholly dependent on the when and where of my birth. While my parents were probably the greatest influencers of who I am today, they are aspects of that where and when. Who they are is determined by that web, that interconnected system of individuals and events, that makes up a culture. It seems obvious, even sophomoric, as I write this, but I suppose once you realize something about yourself, it seems obvious—after all, it’s been there all along.

But here’s the really interesting part. My dad argued that this culture which I find so abhorrent is what it is because it has to be what it is—like me, it grew out of a complicated web of circumstance, a context.

We can trace the roots of our culture all the way back (it’s turtles all the way down), but let’s just stick with the “recent” past: At the founding of our country, we were facing a vast, relatively unexploited continent. These people saw in front of them an enormous natural world (empty, from a White Christian perspective) that dwarfed their civilization. They wanted to grow, to build, to prosper. Capitalism is great for the efficient exploitation of raw resources, and there was a collective sense of purpose. They were building a nation, a culture, a civilization.

Now, however, we have entered a period where growth is no longer “good.” We have far exceeded the carrying capacity of the land, and each increase in GDP just shortens the time until we pay a reckoning for the deficit we’ve been running on that carrying capacity. The model of “success” in our culture is now empty, meaningless and, worse, harmful. We’re done building! No wonder some of us feel chasing the American Dream has no future. No wonder some of us are craving something different. I am not the first person, and by no means the last, to feel this way.

I’m not offering answers. I’m not saying I know what is needed next. I am saying that the way of the mainstream is over. Yeah, it’ll hang on, maybe for a long time, but that’s what cultures do, and they really hate to change, especially if it means sacrifice by the people at the top.

It’s important to acknowledge that my ability to make these kinds of observations and judgments about our culture is a condition of my place in that culture: As a middle-class white male, I have the luxury of feeling like an outsider and making life decisions that involve stepping outside the mainstream path. Recognizing privilege is important, no matter who you are.

There are maps out there for what’s coming next, but they’re not the slick Rand McNallys you find at the gas station: They’re hand-drawn on the backs of coffee-stained envelopes (or maybe artistically rendered in a limited-edition print); they have not been verified by a thousand checks and rechecks and satellite images, then mass-produced by a cartographical company that knows what it’s doing. They’re full of blank spaces, with “Here Be Dragons” in the margins. And every one of us who heads out that direction gets to fill in spots, or maybe just add some more detail.

Pax Rasmussen remains part of the CATALYST clan, though he be a state away. His “Green Bits” column returns next month. Follow his and Adele’s adventures at http://www.halophile.net

This article was originally published on August 30, 2014.