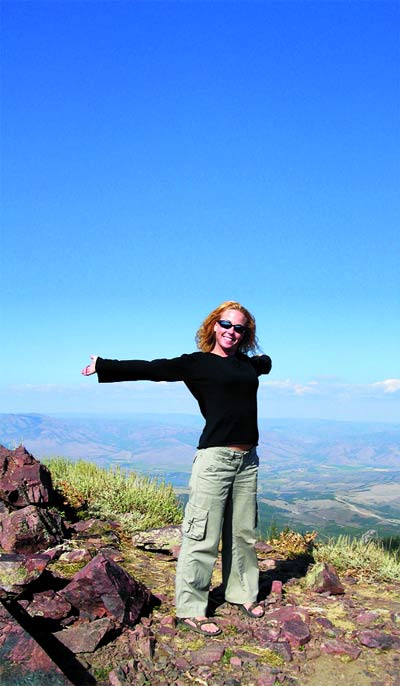 It’s January already – time to dust off last year’s resolutions to exercise more and eat better and give it another shot this time around. In fact, how many years has “getting in shape” been on your list? Or, if you don’t make formal resolutions, how long have you been meaning to eat healthier and drop a few pounds?

Statistics confirm what we see all around us: People are out of shape and not making much progress changing it. One 2004 study (by the National Health and Nutrition Examination Survey) reports roughly one-third of adults in the U.S. are at a healthy weight. That leaves up to two-thirds of us overweight or obese.

And yet we have a $50 billion industry supporting our weight loss efforts. What’s going wrong here? How could we invest so much time, energy and money into a goal without getting better results?

Our health challenges aren’t limited to issues regarding body weight. Maybe you’re telling a different story than most, in that you’re at an ideal weight with a diet that would impress any nutritionist. But perhaps some other aspect of your health is compromised. When you examine it deeper, you might find you’re tolerating poor eyesight, troubling sleep patterns, wrinkles, addiction, or some other health issue.

There are many ways to gauge health, many ways we’re lacking it, and it’s not unusual for us to take health challenges for granted. We think that’s just the way it is; it’s expected to lose a pound of muscle every year after age 30, normal for our memories to lapse as we grow older, or that we’re more susceptible to diabetes, cancer or heart attack because it runs in the family.

Here’s the fact: we have more say over our how our bodies look, feel and age than most will ever know. Even more eye-opening is the fact that not only do we have the power to create optimum health for ourselves, but that we’re also 100% responsible for what we’re already experiencing. Whether it’s five extra pounds, rheumatoid arthritis or broken bones, we invited it with our attention to it.

None of what’s going on in our bodies right now just “happened” to us. We’re not victims of our genetics, our lifestyle, or even the injury-causing accident. Nothing happens in our reality that we didn’t allow in. We create our world with our thoughts, and it’s our thoughts that led to our current circumstances.

When we realize our power to create what we want regarding our bodies and our health, any obstacle or limitation we previously believed in is eliminated. We realize nothing stands in our way to claim the health we want.

Sounds good, right? But if it’s true that we can choose our health status, why isn’t everyone achieving improved health and fitness? Is it a lack of commitment or willpower? Not enough information, resources or support systems to enforce new habits of change?

That’s what some change experts would tell us. But our lack of success in getting the fitness and health we want doesn’t have anything to do with that. Reaching our physical goals, whatever they might be, doesn’t require motivation, diet or exercise. Creating the body and health you want is yours simply by changing the way you think.

What about the evidence?

“Wait a minute!” you might say. What about all the studies and experts proving that some things just are the way they are? There’s a wealth of credible research telling us certain things are a “given,” like some cancers are fatal, fat cells don’t disappear, and five servings of vegetables are good for you.Guess what? Researchers are doing the same thing we are, creating reality with their thoughts. Anyone can prove whatever they put their mind to, which is why we get conflicting reports about how to achieve optimum health. Whatever we focus on we create. So as I look for proof that SlimFast is effective for weight loss, I’ll find it. As I look for proof that it’s ineffective, I’ll find that too.
Instead of letting someone else dictate what will be for you, how about choosing for yourself?

The power of belief

As you repeat a thought over and over, you eventually create a belief. That’s where our beliefs come from; they originate as new thoughts which we repeat often enough to attract evidence of their “truth” and voila – a belief is born!

So if I believe I have a sweet tooth that my willpower cannot overcome, and I also believe high intake of sugar leads to weight gain, I’ve just set myself up for joining the two-thirds of the overweight population.

If I believe my three aunts’ and grandmother’s experience of breast cancer puts me at high risk for it, then I surely hope I also believe in a cure for it. Because my thoughts and beliefs are creating my experience.

Everything is possible when we realize our thoughts are choices and that thoughts create reality. Our body responds not so much to external inputs as to the internal ones; the commands we give by our thoughts. Until our thoughts change, our body is as stuck as our self-image (our thoughts about ourself).

All in your head

So if the trick to optimum health isn’t following the right diet and exercise program, what is it about? What does it mean that our thoughts and beliefs dictate our experience of health?

For starters, it means you are not a victim of your genetics, your age, your doctor’s diagnosis, your disinclination toward exercise or your spouse’s cooking. It means 30 minutes on the treadmill only serves you if you believe it will. It means you’re wasting time counting calories if you haven’t changed the way you think about yourself.

You alone are responsible for the state of your health. Your body and mind are not destined to deteriorate as you age. You can recover from whatever illnesses or injuries you’ve experienced to the extent you’re willing to believe it possible.

The challenge for most people is releasing a belief system that’s been in place for decades and continues to perpetuate itself daily. With trainers, nutritionists, doctors, and other experts telling us the complete opposite, it can be difficult to embrace our personal power to enhance health and fitness primarily by the way we think about ourselves.

Releasing false beliefs about what’s ultimately possible for our health as well as what’s required to achieve it is easier said than done.

The challenge then—or rather, the opportunity—is to embrace new beliefs that support what you want, or at the minimum to work with existing beliefs in a way that allows you to achieve desired results.

For example, if my goal is to lose 25 pounds before swimsuit season arrives, I would do well to check in on what my thoughts and beliefs about this possibility are. Say I’ve set this same goal for the past five seasons, and every year is the same story—nothing changes. What have I believed about myself, my weight, and my habits that sabotage this effort?

What could I believe instead that would support real change this time? Since beliefs come from repeated thoughts, adopting new beliefs is as simple as choosing new thoughts and giving life to them instead of the old ones.

Instead of believing I’m an uncommitted failure, I could believe I’m a slow but sure winner. As I hold new thoughts about myself and my actions, I set myself up for success—which is all that’s stood in my way in the past.

This doesn’t necessarily mean we can give up exercise routines and live on chocolate éclairs the rest of our lives. If you believe exercise is required in order to be physically fit and that sweets are from the devil, your actions had better be in alignment with those beliefs in order to get results you want.

Know that your beliefs are a choice, though. There are no “givens” out there; we’re creating “truth” and reality with our attention to it. Bottom line is our thoughts and beliefs create our world.

This New Year instead of blindly vowing to exercise regularly or eat more veggies, check in on the beliefs you hold about yourself and what’s possible. If you find one or two that don’t serve you—like that it’s inevitable you gain weight with age, or that too much sun causes skin cancer, or even that you hate exercising—consider releasing these beliefs.

If you’re not successful in releasing a limiting thought pattern, at least become aware of it so you can work with it rather than against it. For example, if you believe you require eight hours of sleep to function, set yourself up to get eight hours. Sometimes respecting the belief is easier than changing it.

The fact is we can prove any “truth” by simply focusing on it and giving attention to it. Be mindful of where your attention goes, and ensure it’s headed in a direction that serves you. Hear what you’re saying to your body, and give it deliberate instructions aligned with what you want for yourself.

Instead of saying “I am so tired,” give your body a command that supports what you want. Maybe “I am doing really well, considering” or “I am looking forward to a break.” Instead of “I hate these hips,” say “I look fabulous!” And, eventually, with repetition, you will see your fabulous self.

When we are willing to believe more is possible for us, and that it’s easier than ever to achieve it, the Universe and the world around us conforms to those thoughts and beliefs.

Once we’re operating with a belief system that supports unlimited natural physical fitness and health, anything is possible for us and our bodies. So here’s a new year’s toast to ageless living and hot bodies on the beach!

Jeannette Maw is an Attraction Coach and founder of Good Vibe Coaching in Salt Lake City.