If you feel like the health of our environment is under siege these days, you’re not alone. Here’s a quick look at some recent actions and potential consequences for air quality and climate in Utah.

A “glider truck,” or what environmental groups call “super-polluters,” is a heavy-duty truck that is built by pairing a new body with an old diesel engine and powertrain. A trucking company can use an old, dirty engine that doesn’t meet current emissions standards and put it into a shiny new body and drive that truck for hundreds of thousands of miles, instead of buying a new truck with a cleaner engine. 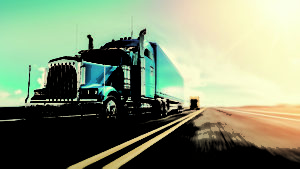 Under the Obama administration, the EPA sought to phase out these trucks after discovering that some companies were circumventing truck emissions standards by putting older, dirtier engines inside new truck bodies. On July 6, Pruitt’s last day as EPA administrator, the EPA issued a memo stating the agency would no longer enforce regulatory limits on the sales of gliders.

The day after the memo was released, a lawsuit was filed by environmental groups challenging the action. A federal appeals court put a temporary hold on implementing this policy. Under extreme or unusual circumstances the EPA can exercise enforcement discretion, but the Court concluded that the application of current regulations to the glider industry does not represent the kind of circumstances that support such discretion. The fight isn’t over, but the ruling resulted in the acting EPA head, Andrew Wheeler, rescinding the memo written under Pruitt.

EPA research found that gliders can emit up to 450 times more diesel soot (direct particulate) and 40 times more smog-forming emissions (like NOx) than new trucks on the market. According to EPA staff, it is estimated that glider trucks produce enough soot each year to cause up to 1,600 premature deaths. Since about half Utah’s air pollution comes from the mobile sector, this would potentially have a major impact on the air in Utah, especially facing the development of the inland port with the anticipated significant increase in truck traffic coming in and out of the non-attainment areas.

Most recently, the Trump administration has moved to formally replace the Clean Power Plan, Obama’s plan to curb climate change by moving the power sector away from coal toward renewable energy sources—what has been called the single most important step America has taken to fight climate change.

Trump’s plan, called the Affordable Clean Energy Rule, will let States regulate coal plant emissions. This administration has routinely dismissed the threat of climate change and questions its cause. This move is just the latest attempt at putting a damper on the progress that has been made, and ending what Trump calls the “war on coal.”

The Trump administration’s own analysis has revealed that the new rules could lead to as many as 1,400 premature deaths annually by 2030 from an increase in the fine particulate matter that is linked to heart and lung disease, up to 15,000 new cases of upper respiratory problems, a rise in bronchitis, and tens of thousands of missed school days. There seems to be no question that rolling back pollution controls will also curb the expected health gains from tighter regulations.

What will this mean for Utah, a state rich with coal and other fossil fuel deposits and coal-fired power generation? According to the US Energy Information Administration, coal and natural gas produced more than 90% of the state’s net electricity generation in 2016. Utah was one of the states to challenge the Clean Power Plan, asserting the rule was illegal because it goes beyond the government’s authority. The plan impacted 11 power plans in Utah. Utah’s primary concern with the plan was that it oversteps the provisions of the Clean Air Act and goes beyond the scope of the federal government’s authority.

A coal-dependent state like Utah would likely be supportive of Trump’s proposed rule, because it gives the states the discretion to regulate emissions from power generation. But will the health costs incurred by doing so outweigh the benefit of saving a few coal jobs? In the coming months we will take a closer look.

In April 2018, the EPA announced its intention to revise greenhouse gas (GHG) emissions standards for light duty vehicles model year 2022-2025. Then-EPA administrator Pruitt claimed the Obama administration’s determination in setting the standard was wrong and needed to be reevaluated. The California Waiver, which allows California to impose standards stricter than the federal vehicle emissions, could also be on the chopping block.

Weakening the standard will result in a direct hit to the progress of reducing GHG emissions from the mobile sector. Utah’s Division of Air Quality cannot yet determine the potential impacts on the emissions that contribute to the state’s air quality challenges until the revised standards are finalized and the models are updated.

But what about Tier 3? Luckily, the revision to the GHG standards is separate from Tier 3. Tier 3 fuel and vehicle standards address non-GHG emissions, like particulate matter and NOx, the criteria pollutants that lead to the formation of both wintertime PM2.5 pollution and summertime ozone smog.

Any revisions to the standards will require new rulemaking and public comment, and the EPA has the intent to move forward. Stay tuned for information regarding the opportunity to comment on this very important issue. u

Ashley Miller, J.D., is the program and policy director for Breathe Utah. She is a member of the state’s Air Quality Policy Advisory Board and on the Salt Lake County Health Department Environmental Quality Advisory Commission. Ashley is also gave birth last month to a baby boy. Congratulations to Ashley and her husband!