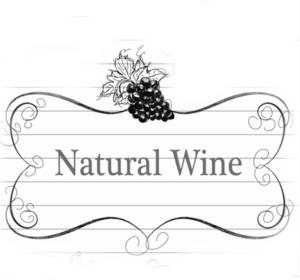 It’s all in the farming – but beware the doctrinaire

I must confess that I was stumped by the notion. After all, isn’t all wine natural by its nature? Get grapes, squish, ferment? Yeast eats sugar and poops out SO2 and CO2? Granted, large industrial wineries commit all sorts of sins in manufacturing your Hardy’s Box o Cab—criminal endeavors include chemical corrections, additions of sawdust, added sugar, added acid. It’s a business, after all; wine must get on the shelf. Thankfully it’s not a binary choice between industrial nonsense and a well-made wine.

There is no single accepted definition of what natural wine is and how it gets made, though some codification on basic principles in exists in Spain, France and Italy. These official-ish governing bodies dictate adherence to certain farming and winemaking practices. They all insist on great farming (at minimum organic) and, to some degree, minimizing intervention in the winemaking process.
“Natural wine is a continuum, like ripples on a pond,” says Isabelle Legeron, founder of the RAW wine festival. RAW is a community of low-intervention organic, biodynamic and natural wine growers, makers and consumers. “At the epicentre of these ripples are growers who produce wines absolutely naturally—nothing added and nothing removed. As you move away from this centre, the additions and manipulations begin, making the wine less and less natural, the further out you go.”

The crux of the definition, as amorphous as it is, regards particularly the use of sulfur in winemaking. Naturally occurring sulfur aside, most winemakers rely on sulfur as an antioxidant, antibacterial or anti-microbial and to keep the wine stable.
At one RAW wine fest I leaned across the table and whispered, “Any added sulfur at all?” I felt like I was telling a dirty joke. Even at this benchmark festival, many makers confessed to minimal additions here and there (which the festival does allow).
Not enough sulfur can make the wine sour and unstable. That said, too much sulfur can flatten a wine. It’s a legitimate allergy issue for a very small population, presenting as a wicked hangover. In extreme conditions, it may trigger hives or even an asthmatic reaction.
But most often, you can blame yourself for the hangover, not the sulfites.

I’d been preaching the virtues of better farming making better wine for years when “natural” wines started appearing on my radar. Some of those finely made wines brought tears to my eyes, a lump to my throat and jelly to my knees. Conversely, some were sour and joyless. Does your wine smell like someone dumped kombucha into beer? Does it smell like sparkling blue cheese and rat piss? Hey, that’s an expanded range of flavor! That’s how it was made back in the day! That may very well be, but advancements are made in all fields; cars have disc brakes and there are now vaccines that defend us against certain diseases.

There is such a thing as “sound” wine— as in well and competently made, with no obvious smells and tastes that don’t belong there. Tastes may vary but, much like a meal at your favorite restaurant, if a plate arrives at the table with maggots, it should be promptly returned.
While there is much to question when it comes to natural wine, there is also much to admire. For every bottle of unpleasant natural wine I’ve encountered, there’s one that makes me remember poetry and love and all the good things; it makes me not want to talk about wine—which is the point, isn’t it? This stuff is, after all, social lubrication, remember?

Fact of the matter is that better farming makes better wine. If you don’t poison your vineyard, the yeast, microbes and bacteria that make a healthy vineyard will carry into the winery and help make a better wine. We just can’t let the doctrinaire become the enemy of the delicious.

Francis Fecteau is the proprietor of Libation, a wine and spirits brokerage specializing in program development, industry training and consumer education based in Salt Lake City.