In Conversation with the filmmakers of the documentary, Mucho Mucho Amor, about beloved astrologer Walter Mercado

One might say the stars aligned for the young singer, dancer, actor and medium, Walter Mercado, whose career as a worldwide astrology sensation started as a result of being asked last-minute to fill a 15-minute slot on a Puerto Rican TV station when another guest artist didn’t show up. The audience loved Walter so much, he was given his own show. Mucho Mucho Amor: The Legend of Walter Mercado tells the story of how gender-bending, cape-adorning Walter went from a shy boy from a rural farming town, to creating a league unto himself. Starting in 1970 Walter appeared on television almost every day to talk about astrology and the occult. At the height of his career, he was reaching 120 million households a day. The Super Bowl, for reference, in 2015 reached its peak in viewership at 114.4 million people.

In 2010, Walter Mercado disappeared from the public eye. Walter’s daily show on astrology, tarot, crystals, etc. which had been a staple in Latinx households for decades came to a mystifying end. Sundance 2020 documentary Mucho Mucho Amor directors Cristina Constantini and Kareem Tabsch, along with producer Alex Fumero, all wanted to find out: Where is Walter?

Spoiler alert: The filmmakers found Walter as fabulous as ever. But the meat is in the details of how and why Walter left the spotlight for so long, getting at the heart of issues that our world currently faces: the corrupt nature of capitalism, the innocence and vulnerability of virtue, and the importance of representation. Mucho Mucho Amor captures with investigative reverence a heart-warming, bedazzled glimpse into the world of a man whose love and wisdom feels as massive as the universe and as long-lasting as eternity.

To be released on Netflix on July 8, Mucho Mucho Amor transcends borders and brings this Latin icon to a much broader audience with archival footage from Walter’s past shows and interviews with Walter, his family, and some other faces you might recognize. Lin-Manuel Miranda (director of Hamilton) appears in the doc sharing fond memories of coming into his parents’ house while growing up, and if Walter’s show was on, if he tried to get their attention he would quickly be shushed––“No, shh shh! Walter is on! He’s about to talk about Scorpio!”

I caught up with Tabsch (director of The Last Resort, a colorful documentary the end of the old world retirees in Miami Beach), and Constantini (the director of Science Fair, a playful documentary about a group of kids who make it to the national science fair) in January, which––speaking of eternity, feels like forever ago, to hear how Mucho Mucho Amor came into being. I began to understand a bit better why Walter says about the timing of this film and the collaboration by the two filmmakers, “According to the stars, it was perfect.”

Both directors grew up watching Walter on TV with their abuelos (grandparents). “Growing up, nobody looked like him, nobody sounded like him. Nobody made me feel as happy as Walter made me feel. As an adult, there was a whole different dimension around the man behind the cape. Walter is a really intelligent person. He’s a really hilarious person, and I think that is something I didn’t know until I got to meet Walter. I think he can be underestimated as looking funny to some people. He has had an incredible impact that can’t be understated,” says Constantini.

Tabsch grew up in Miami where Walter lived part of the year. Walter’s presence in his city and on the TV was a pillar of representation and encouragement of self-love, as he was for many queer Latinos at a time when there was no one else occupying this space. “He’s different in the same way I’m different,” Tabsch remembers thinking about Walter. “Before ‘gay’ or ‘queer’ existed in my consciousness, there was that ability of recognition, that there’s something there. Representation is important. Seeing yourself reflected on the screen in the public––that can’t be overstated. It’s so important. It makes you feel seen, when you otherwise might feel invisible. His influence in our lives, and for me particularly as a gay man, was super important. I felt seen. I felt not alone. Our families and our abuelas loved him. And if they loved Walter, they could love us too,” says Tabsch.

The words “Mucho Mucho Amor” come from Walter’s signature sign-off on his show. Each day he’d cultivate with even more drama than the day prior, waving his hands near his face, and slowly opening his palm as he utters the word, “amor,” as he casts his love to his adoring audience.

Constantini and Tabsch’s depiction of Walter’s pure embodiment of self and message of love is exactly the antidote one might need right now to counteract the focus on toxic masculinity and divisiveness in our world. “Love and peace is a simple message. Inclusion instead of exclusion is a very simple message. I don’t think we talk about it enough because our society is not where it should be. Walter has taught us and continues to teach us that this is what matters most in life, and these are the ideals that we should be striving for,” says Constantini, whose background is in investigative journalism. Her previous film Science Fair, which premiered at Sundance in 2018 and won the Audience Award, taught her the power of uplifting stories, she says. She tells me it was the first work she’s done that was about something happy. Given our current times, and leaders preaching division between the races, genders, countries, and religions, she says, “It makes you appreciate these messages that much more, those messages that Walter was preaching to us as children. They are very basic messages of love and acceptance, but they are more important now than ever.”

How perfect that at the dawn of the Aquarian Age, this film elevates an astrologer whose legacy represents so much of the transformations in awareness and acceptance that we hope to see in the Age of the Aquarius. As we transition away from the Piscean Age, which is ruled by ambition, competition, and facades, Walter’s message of love is especially relevant. While Constantini admits that she’s not a super big believer in astrology, she did believe there were some forces at play bigger than she knew.

“The timing was crazy, we submitted to Sundance on November 1, and Walter died on November 2. There are lots of things about this project that are. We finished filming six weeks before he died. There are so many things that are weirdly cosmic,” says Constantini. 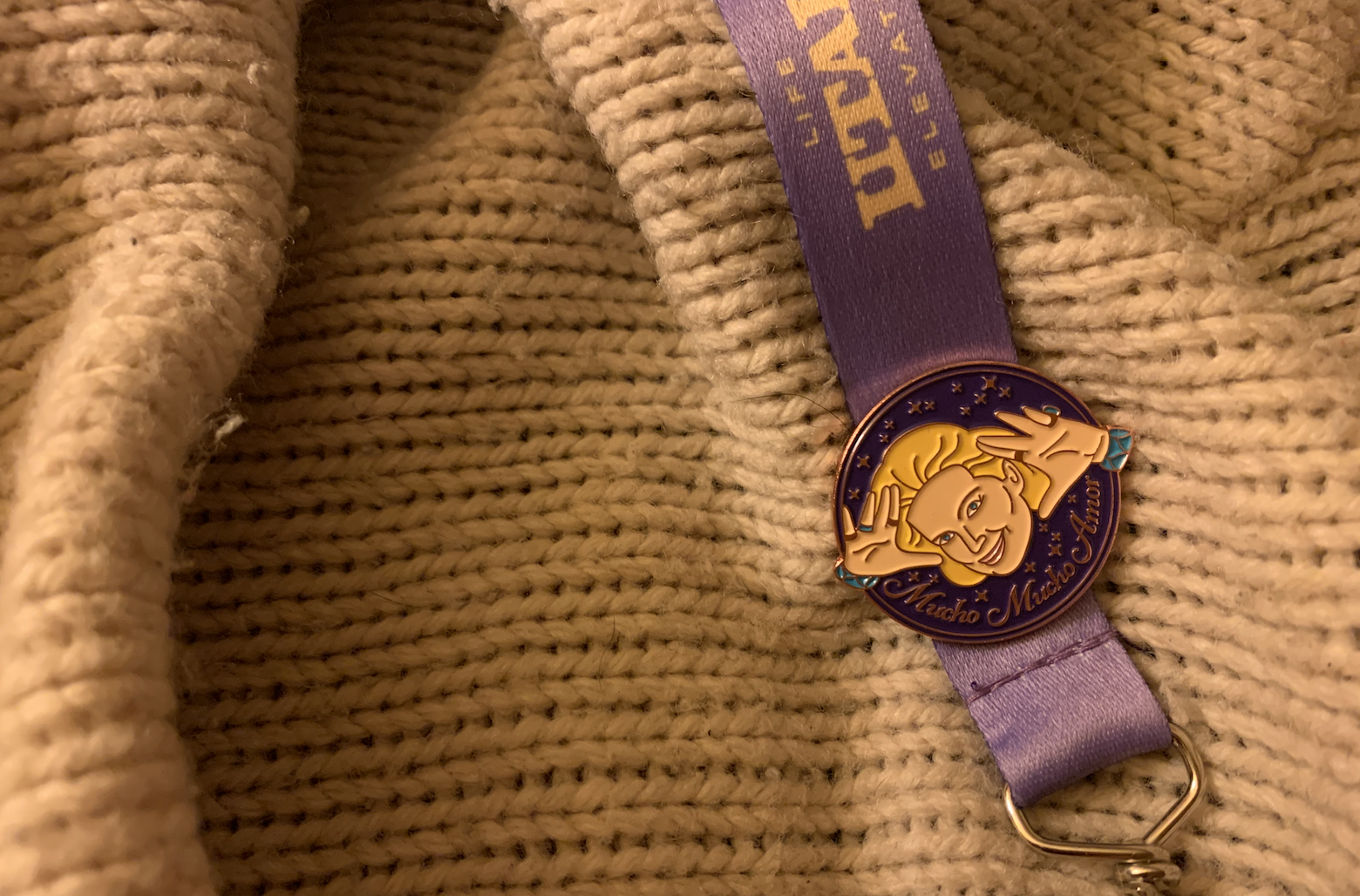 Leaving the interview with the two filmmakers that day in January in Old Town Park City, did feel like some force of the cosmos was at play. A few blocks up Main Street, I bumped into the two stars of the short film The Shawl, which was paired to play in the same screenings with Mucho Mucho Amor. The Shawl, a whimsical animated short about a gay couple in NYC, Dusty Childers and Shane O’Neill, and their mutual love for Stevie Nicks. “Kindred spirits” and “cosmically aligned” with Mucho Mucho Amor, as Constantini and Tabsch had described The Shawl crew. As I stood outside of Atticus Coffee, talking to Childers and O’Neill who were fabulously decked out in shawls/capes/skirts that everyone––maybe even Walter would be envious of, I noticed a collectible metal pin from the film on their credentials with Walter’s face on it with the words “Mucho Mucho Amor” beneath it. They gave it to me.

This article was originally published on July 8, 2020.