The following is one of three collective stories (see “Community Cats” and “Monica’s Story”) on feral felines and the women who love them.

Julie Davis has helped trap colonies from Nephi to Wendover to Snowville to Logan to Wallsburg and many areas in between.

Four years ago she took the town of Nephi under her wing and in that time has facilitated the trap, neuter and return of over 1,000 community cats. She helps maintain and provide food for 40 colonies in that small town alone.

I asked how many feral cat colonies she knows of in Utah. Believe it or not, she says, that’s a difficult question to answer.

“There are 255 caregivers in my phone contacts who I could call, asking for help with trapping or getting a sick or injured cat medical help,” she says. “So…hundreds of colonies. I have one colony of 17 cats that I am the sole caregiver for. I feed and maintain three colonies several days a week as part of a caregiver team.” 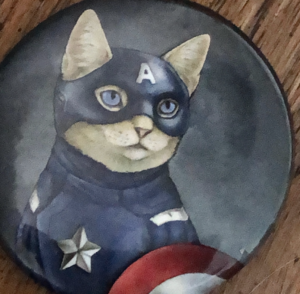 Julie entered the cagey world of cat rescue the summer of 2013 while volunteering at the kitten nursery in a trailer behind the Salt Lake County Animal Control building. She started fostering kittens for the county and later for Best Friends.

“It didn’t take long for me to ask ‘Where are all these kittens coming from?’”

Julie is always “on call.” If there is an urgent post on social media or from one of the caregivers she works with, she will respond.

“My incredible husband, Sam, says I spend 16 to 18 hours a day helping cats with their people problems,” she says. “Before the pandemic I was trapping an average of four evenings a week—sometimes two or three colonies in the same area.”

In addition to late nights, there are early morning runs to the veterinary office, multiple hours weekly if not daily texting, communicating on Facebook and fielding phone calls.

“Thankfully there are about a dozen young trappers, under 60 years old, that I do my best to coach and mentor.”

In addition, Julie has her own housebound revolving-door colony, currently at 14, which she refers to as her “Misfit Rescue.” One is recovering from an injury—”she would make the perfect pet for a cat-lover who is studying physical therapy.” Two are toothless, one is old. The others are too shy to “show well” at typical adoption events.

They all started as community cats that were either removed from dangerous locations or were young enough to be adoptable.

“Some will be candidates for the service I manage that places working cats. Several would be great indoor-outdoor cats. I’m very selective about where the cats go from here but would love to entertain inquiries. If I don’t have the right cat now, I sure might in a month.”

This article was originally published on May 2, 2020.