Utah proves once again that, when it comes to food production, it’s a business-friendly state only for the largest and most industrial operations. Much of the problem seems to stem from gaps in food inspection laws. While the Utah Department of Food and Agriculture and the United States Department of Agriculture have laws for large-scale food industry, they lack specific guidelines for small producers. According to the state of Utah, this is reason enough to simply shut down small producers.

Trouble in the henhouse

Utah proves once again that, when it comes to food production, it’s a business-friendly state only for the largest and most industrial operations. Much of the problem seems to stem from gaps in food inspection laws. While the Utah Department of Food and Agriculture and the United States Department of Agriculture have laws for large-scale food industry, they lack specific guidelines for small producers. According to the state of Utah, this is reason enough to simply shut down small producers.

In late 2013, local egg producers Julie and Rich Clifford of Clifford Family Farm (see CATALYST, November 2012) suddenly discovered after years of business, that they were not allowed to sell to restaurants and grocery stores, the majority of their customers, because they were not properly inspected. Problem was, their operation was too small to fall under federal inspection requirements. Somehow in the absence of law, the Cliffords’ business had broken the law.

Now another similar problem has arisen with poultry processing. With the prohibitive cost of building a government-approved poultry processing facility, many local family farmers had been taking their birds to Utah Natural Meat to get the job done safely and per regulation. Though there is no federal law saying producers cannot use one another’s facilities for processing, there is no law saying explicitly that they can.

Once again, when Utah officials discovered this gap in the law last month, they shut down business.

Utah inspectors say all this is for public safety. They argue that bringing unknown birds into one facility could introduce disease from one flock to all the other birds being processed.

Hopefully the State gets this all worked out before small farms have to start closing up shop for good.

Spring heralds the beginning of chicken season. In preparation it might be worth brushing up on best practices for raising healthy chicks.

• Our public library has over 100 books related to raising chickens, including The Complete Idiot’s Guide to Raising Chickens: Everything you need to know to care for your own flock of chickens, by the godfather of CATALYST Magazine, Jd Belanger (Greta’s brother).

• Want to save a few hundred dollars and build your own coop? OrganicGardening.com offers a free downloadable copy of a coop design, instruction sheet and material list for a medium-sized coop. Or check out Art of the Chicken Coop: A Fun and Essential Guide to Housing Your Peeps, by new CATALYST writer and Salt Laker Chris Gleason.

Back in 2003, a group of Avenues residents decided they wanted a community garden and formed the Avenues Community Garden Committee. Twelve years later, they have received a final nod of approval from the Green City Growers Program (a partnership between the City of Salt Lake and Wasatch Community Gardens). Their garden is becoming a reality.

Ground-breaking will take place in April for Popperton Plots, located at 360 N. 1400 East. The garden will become the first community garden in the Avenues area and the first new development out of eight potential garden locations identified by the City.

A piece of perfectly ripe fruit is a slice of heaven, most would agree. But when you have a fruit tree and all that succulent joy is bestowed, all 100 or more pounds of it, all at once, it can become a burden. Salt Lake doesn’t have as many fruit trees as it did in the pioneer days, but there are still plenty of people with apricot, cherry, apple, pear and plum trees that have more fruit each season than they know what to do with.

That’s where the SLCgreen Fruit Share comes in. As part of an initiative to reduce food waste, the City, partnering with TreeUtah, Avenues Fruitshare, Green Urban Lunchbox and Salt Lake Community Action Program, has a

confidential online database where residents can register their fruit trees. Using the database, these organizations can then gather the fruit and nuts and split the harvest among homeowners, volunteers and local food assistance programs. Tree owners might even get a hand at tree pruning. 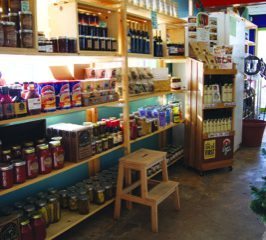 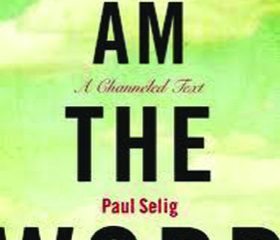 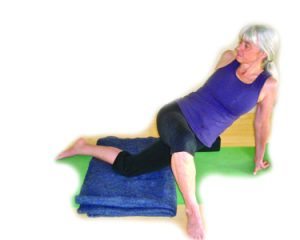 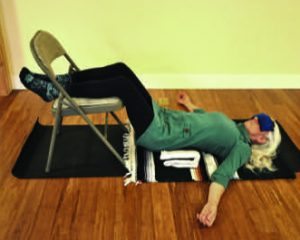