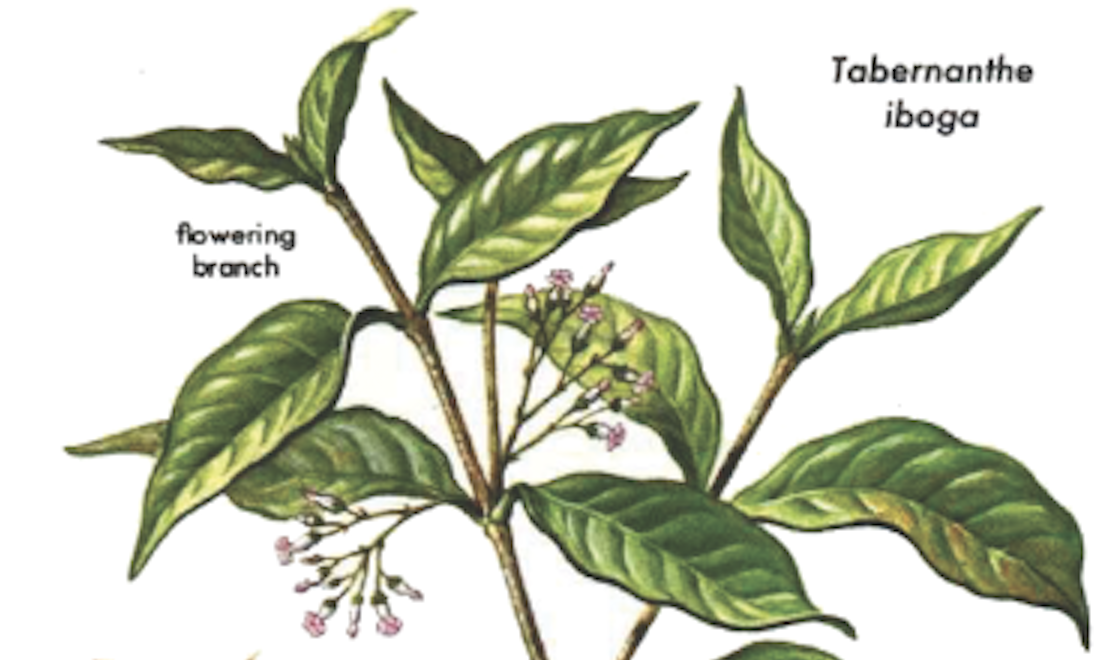 For the past seven years I had watched my now-24-year-old daughter descend into the misery of heroin addiction. Vigilantly, I waited for that mythical bottom where Abby would touch stone, submerged in pain, and with both feet push off, ascending toward life.

It did not come: not with homelessness, not with a brief stint in jail, not with an abscess colonized by a bacterial infection so maniacal it seemed to incorporate the very antibiotics meant to kill it into its membrane and continue to bloom; an infection so tenacious, the loss of her arm was threatened just to stifle its spread. Not with needles broken off in her neck because they’d been used so many times their tiny gauge, meant to ease a diabetic’s discomfort, finally collapsed from multiple injections in multiple bodies. With some luck they had been rinsed here and there with bleach to intercept the transcription of HIV or Hepatitis C—there is no needle exchange program in Utah.

It isn’t gang members or the kids living in poverty our communities are losing; it’s our privileged middle-class children. One day in July 2010, The Deseret News reported an unprecedented six heroin-related overdoses in the Salt Lake Valley. Our kids don’t begin by shooting heroin into their veins. Instead, they duck into the trees between runs at our ski resorts to light a chunk of black tar heroin perched on a tin foil square and suck the smoke through a straw. It’s no more intimidating then smoking a cigarette while drinking beer with their buddies on Saturday night—but the consequences are catastrophic. 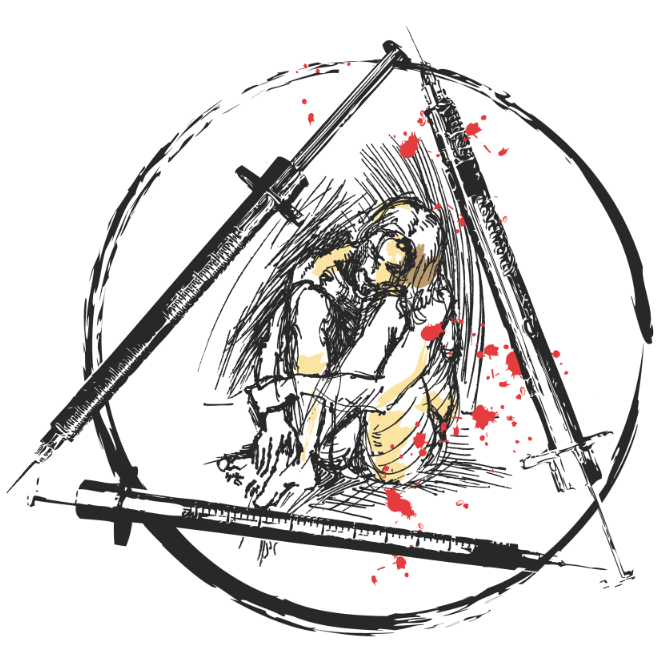 A year ago I learned about ibogaine, a vision-inducing alkaloid extracted from the root bark of an African shrub, Tabernanthe iboga. This medicine is said to stymie withdrawal symptoms and wash away cravings with a single treatment.

Iboga is used ritually in coming-of-age ceremonies among the Bwiti people of Gabon, similar to indigenous Americans’ use of peyote.

In the 1960s, within the marginalized world of heroin addiction, empirical evidence accumulated testifying to ibogaine’s anti-addictive properties.

Twenty-five years later, a passionate underground community of ibogaine providers coalesced and began treating heroin addicts outside the medical establishment, while fighting to legalize and legitimize ibogaine. Ibogaine treatment for addiction is unregulated in both Canada and Mexico. In the United States, where it remains illegal, underground providers—some ex-addicts themselves—give treatments in secret locations, using pseudonyms to protect their identity. Ibogaine is legally classified as a Schedule I sub­stance having “high abuse potential and no accepted medical use,” along with LSD, heroin and marijuana.

Conventional treatment options for heroin addiction are dismal. An addict can stop cold turkey, sending the body into violent withdrawals characterized by vomiting, shaking, diarrhea, sleeplessness, and gnawing cravings. Doctors and methadone clinics can prescribe methadone and Suboxone to replace opiates; they placate the body by filling opiate receptor sites without adding the sensation of getting high. But methadone comes with its own potential for abuse. According to the Centers for Disease Control and Prevention, the number of deaths involving methadone from 1999 to 2006 increased sevenfold from 790 deaths to 5,420 annually. The cost of inpatient treatment facilities is prohibitive for all but the wealthiest families or those with extraordinary insurance coverage. Unlike someone withdrawing from alcohol or benzodiazepines, a person withdrawing from opiates is unlikely to experience seizures or die, thus freeing insurance companies from the responsibility of providing coverage for addicts.

One morning last May, emaciated, riddled with abscesses and lashed to a $300-a-day heroin habit, Abby called saying she was ready for change. We had already tried the conventional treatments, multiple times, to no avail. Ibogaine was the only remaining hope. 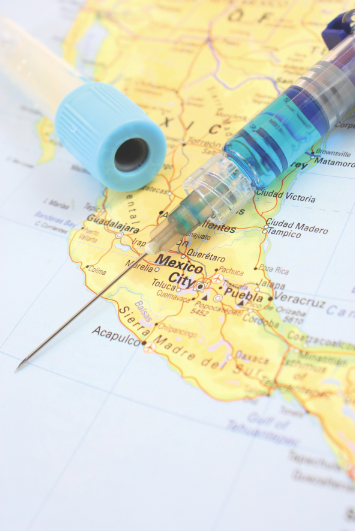 Within 24 hours, she was en route to a village an hour south of Mexico City. Somewhere in the air between Dallas and Mexico City, she was probably nauseated, cramping and sweaty. She spoke no Spanish and had never been out of the United States. She traveled alone. She had begun her pilgrimage.

Lex Kogan has spent the better part of the past 10 years as an ibogaine provider treating addicts in the underground. He now runs an I Begin Again clinic in Tepoztlan, Mexico. Miraculously—with little forewarning, erratic phone service and no Internet communication—he found my waiflike child, skateboard in hand, at a bus stop in Cuernavaca.

Using a treatment protocol he calls “the staircase method” for heroin detox, he spent the next four days—24 hours a day—giving Abby doses of ibogaine based on subjective symptoms of withdrawal such as restlessness, cramping, discomfort and tension, increasing the dose at intervals until reaching a “flood” level. At this point, she would have begun to experience the dreamlike visions associated with ibogaine, difficulty walking or standing without assistance and possibly nausea and vomiting. He explains: “Nor-ibogaine, which is what ibogaine becomes in the liver, feeds and fills the receptors, eliminating withdrawal symptoms until a saturated coating is attained.” It is in the “saturated coating” that the addict is set free.

“Addiction in a practical sense is a pattern and nothing more,” says Kogan. “The body suffers, the mind races and the heart grows numb. We find ourselves living a lifestyle that consumes us whole and leaves nothing in its wake.”

None of the providers I spoke to in the ibogaine community touts it as a miracle cure on its own, but most agree it offers a window for addicts: a withdrawal-free, craving-free period that, combined with therapy and a change of environment, offers opiate addicts a new way of life.

Florida-based ibogaine advocate Eric Taub has been doing addiction interruption treatments for 18 years. He is a primary force in the battle to make ibogaine available for the treatment of addiction. He also facilitates ibogaine sessions for psycho-spiritual exploration. The sessions address issues “from co-dependency to food addictions, from fibromyalgia to issues around sadness, anger and emptiness,” says Taub.

Taub believes the visions inherent to an ibogaine treatment are a profound and powerful tool. Through these visions, he says, “some people find out the reasons why they become addicted personalities in the first place….Repressed memories from childhood can be unleashed and ultimately healed.” However, he warns that the months following treatment can be “a profoundly arduous experience that takes a lot of courage, a lot of work to wade through.”

While Abby was in Mexico, the media reported daily on the disappearance of young girls; a dozen people were murdered in a drug rehab center in northern Mexico; drug war murders escalated. Even so, the risks of sending her for treatment seemed reasonable. Before she left Salt Lake, toward the end of this most recent round in our battle with addiction, I had begged the Universe to be moved by my pleading and have her thrown in jail so she would at least be safe. Having an addicted child is a suspended grief, a graceless survival.

Abby has been sober for eight months now, two months longer than any previous attempt. She cries often. The intensity of emotion frightens her. Heroin robbed her of the bouquet of feelings that give depth and texture to life. I am in awe of her courage.

We are excavating her past for memories of things that once gave her joy. My hope is that in recreating and reconnecting with life through activities she loves, she may find happiness and a way toward a sober and stable life. Currently, she is getting a certificate to teach English as a second language. She wants to go back to Mexico or to Kazakhstan or Indonesia—anywhere but here; Salt Lake City’s streets hold too many familiar patterns. She is starting to dream!

The last time we spoke, Abby told me that during her treatment she had a vision of floating in the bottom of her purse with drug paraphernalia: syringes, heroin balloons, lighters, tar-stained blackened spoons. From the darkness where she floated, voices sang in rounds overlapping, again and again: “We love you anyway. We love you anyway,” and it is true, so very true.

Paige Guion lives in eastern Utah where a herd of several hundred elk are her most frequent winter guests. She is willing to speak with parents of addicted children and others who have questions regarding ibogaine. Contact her at hope@ibogautah.org. (Her daughter’s name has been changed to protect her privacy.)

Ibogaine treatments run $3,000-5,000 per session.  One or two sessions is the norm. Some treatment centers offer payment plans and sponsorship programs.

This article was originally published on February 28, 2011.