Humanizing nature: Nature is evolving before our very eyes 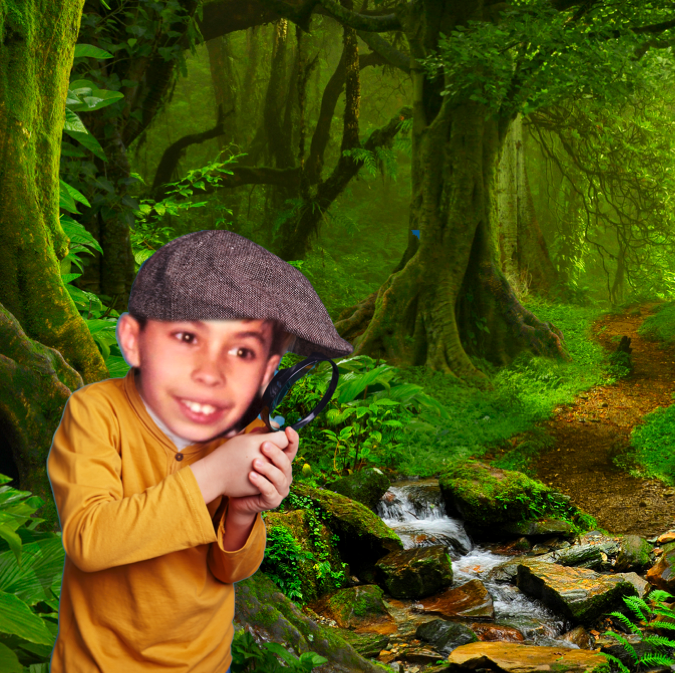 Like most Utah sportsmen growing up in the 1960s, I learned to be a classic Utah consumptive user of renewable resources. I became an avid hunter, fisherman and forager of wild foods mostly because my grandfather and father did those things.

Unlike them, I started including more nonconsumptive uses of nature by climbing trees to see birds on their own level, diving into the world of fishes as an aquarium hobbyist and becoming totally enthralled by smaller critters like insects to become a young budding naturalist before graduating from West High School.

Years of schooling at several universities where I attended many courses in fish, birds and insects promoted my youthful idealistic tendencies; I got higher degrees in ecology and wildlife management.

I had, however, concluded that returning to conditions of the “garden of Eden” was no longer possible.

It was certainly not that I had dismissed the influences of biological evolution and its benefits through natural selection that provided plants and animals their values to the integration and utility to ecosystems worldwide. For the next 40 years I dedicated myself through volunteering my time to efforts to restore “natural nature” to all of its original glory.

But the biggest challenge to my restoration efforts has been man’s efforts to mix nature from everywhere through the “Russian Roulette” of moving life forms to where they had not been before.

Some species were moved intentionally; others unintentionally,  both often with catastrophic effects to Earth’s ecosystems. This is likely not surprising to anyone reading this article. Classic examples of introductions gone bad in Utah include common house mice, rats and raccoons.

The nonnative rodents have invaded our homes for centuries and much larger nocturnal raccoons have become a blight to us gardeners raising sweet corn and homeowners with egg-laying hens. My longtime opinion of exotic raccoons in Utah is “The only good raccoon is a dead one!” I’m not alone in this opinion. In the mountains above Kyoto, Japan, Buddhist monks are waging war with raccoons, who have damaged over 80% of the ancient temples since they were introduced to Japan in the 1970s as pets. Monks, too, have adopted a zero-tolerance policy.

A recent example of another exotic eastern animal arriving in Utah is the cute red fox squirrel, first introduced to my own Westside Salt Lake neighborhood about six years ago.

This functional furry-tailed rat lives mostly in trees and has quickly expanded its local range, running down our overhead high-power electric supply lines.

My wife and I routinely kill them because of the damage they do to our garden and fruit trees. As likely the most hunted and eaten animal in North America, squirrels are a rapidly expanding food resource. Yum!

All wildlife is endowed with the inherited “hard wiring” of thousands of years of natural selection.

Some higher critters, however, have the capacity of learning through behavior modification—“soft wiring.”

Fishes, amphibians and reptiles are less likely to learn new behaviors, while higher animals like birds and mammals are much more likely to learn, especially in the face of man’s pervasive effects.

Even larger game animals like Western mule deer have grown closer to man.

For years there have been herds near 3500 South and the Jordan River, another out west by RC Willey’s, and yet another next to the state’s OHV facility in North Salt Lake, which are occasionally killed by cars.

A herd of about 80 highly visible antelope persist (for now) in the new Inland Port area.

Like most educated in science, I believe that global weather change will continue to have catastrophic effects on Earth’s weather patterns, on nature and increasingly on man himself.

No one can deny that increases in the number and severity of forest and range fires, tornadoes and hurricanes is having dramatic and catastrophic effects on lives worldwide.

Sea level change resulting from rapidly melting glaciers will ultimately flood the homes of millions of people and wildlife, who will have to move to somewhere.

Here in Utah the drying of our forests has stressed them so badly that bark beetles are literally “finishing off” conifers everywhere in our national forests.

These dried-up areas are far more susceptible to hotter, more destructive fires, regardless of what started them.

Animals of all kinds are now being challenged to evolve their instincts far more quickly than is possible. But the only recourse for many wildlife species to survive is to change their behavior.

A classic example of a species’ ability to deal with a warming planet is the great-tailed grackle.

Not long ago, this unusual looking black bird with its “great tail” and unbelievable vocal abilities could only be found as far north as St. George. Moving away from too much heat in the south, the species has now migrated all the way to Idaho.

Over the years these personable, opportunistic birds have grown so accustomed to humans that their rookeries (groups) can now be found in parking lots throughout their northerly moving range.

Just don’t give them your car keys!

Another example of habituation

I can easily remember the days when there were no free-flight mourning doves, mallard ducks and Canada geese inside our city limits.

Today many of those species never migrate south as they all had done historically.

They never leave the safety of urban areas where hunting with guns is prohibited, and many urban waters never freeze up in the winter as they routinely had in the past.

When and where I had harvested many doves and ducks in the past, the West’s decade-long drought and its resulting behavioral changes of wildlife has largely eliminated what was once a naturally occurring, sustainable food resource for my family and others.

On a positive note

My recently revised publication The Vertebrates of the Jordan River Corridor lists fishes, amphibians, reptiles, birds and mammals and always includes an ecological comments section for each group, discussing recent animal introductions or their abilities to habituate to man and the rapidly changing environments that result from our activities.

Many wildlife species that were once difficult to get close enough to see have increasingly warmed up to humans.

In many cases it is the only way they can continue to survive in our world.

The colorful and once elusive Bullock’s oriole now safely nests near my house, up and down the Jordan River, where none could be seen when I was a young budding naturalist.

For years Dan Potts has represented nonconsumptive interests on the Central Region Advisory Council of the Utah’s Wildlife Board. He is also dedicated to promoting fishing, gardening and foraging for wild foods to help people eat better quality foods.