Home Again with The Rose Exposed

Getting to know the artistic “home” of Rose, Jeanné and Leona Wagner.
—by Amy Brunvand

Art is the only way to run away without leaving home.
– Twyla Tharp

Some 30 years ago Utah’s Reper­tory Dance Theatre (RDT) was looking for a new home. The modern dance company, which started at the University of Utah in 1966, was housed on campus in decrepit World War II army barracks, but plans for a fancy new dance building didn’t include any space for RDT. There was stiff competition for stages at Kingsbury Hall and the Capitol Theater, and in any case those venues were often too big for companies with small and mid-sized audiences. 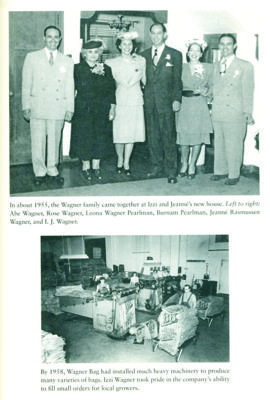 It was clear that Salt Lake City needed some smaller, more intimate performance spaces. A group of organizations came together as the Performing Arts Coalition (PAC) to figure out a way to build them. In the meantime, the old barracks were torn down, and for a while RDT was homeless, renting a downtown building for rehearsal space.

But then something wonderful happened. It transpired that the rehearsal building was located at the exact birthplace of I.J. “Izzi” Wagner, a Salt Lake businessman who got his start manufacturing paper bags, and that Izzi’s wife had once been a vaudeville dancer. As a tribute to the women Izzi called “the three most important people in my life,” Izzi Wagner donated seed money to build the Rose Wagner Performing Arts Center (named after Izzi’s mom) which includes the 500-seat Jeanné Wagner Theatre (named after Izzi’s wife) and the Leona Wagner Black Box Theater (named after Izzi’s sister). You can read more about Izzi Wagner and his contributions to Salt Lake City in the book Bags to Riches: The Story of I.J. Wagner by Don Gale (2007: University of Utah Press).

Nowadays it’s hard to remember how Salt Lake City got by without the Rose Wagner. Resident companies include the Gina Bachauer International Piano Foundation, Plan-B Theatre, Pygmalion Theatre Company, Repertory Dance Theatre, Ririe-Woodbury Dance Company and SB Dance, and rental space is in high demand by many other arts organizations. There is always something interesting going on and there are simply no bad seats. You always feel like you are sitting right in the middle of the stage and, depending on the show, sometimes you are.

Nonetheless, it seems that many Salt Lakers are more tuned into beer than modern dance—many people know of the Rose Wagner mainly as “that place across from Squatters.”

So three years ago member organizations of PAC set out to raise the profile of the Rose Wagner with an annual celebration called The Rose Exposed. Daniel Charon who is the new artistic director at Ririe-Woodbury Dance Company (he took over from Charlotte Boye-Christensen last year) describes The Rose Exposed as kind of a “taster.” He says each company has its fans and supporters. This is a chance for the many organizations that use the Rose Wagner to cross-pollinate.

This year The Rose Exposed is focused on the theme “Home.” Ticket sales will be donated to The Road Home to support services for homeless people.

It’s also about engaging the community. A Rose Exposed Facebook page has been set up and anyone who feels so moved can post something about the theme of “home” (I posted a poem to help get the ball rolling, so don’t be shy!). These contributions will be used as inspiration and source material for new creations, and the public is invited to stop by the Rose Wagner to watch the works in progress the day of the show.

The final works developed by each company will be presented at The Rose Exposed on August 23 as a festival of dance, theater and music that explores the many ideas about what it means to be home. 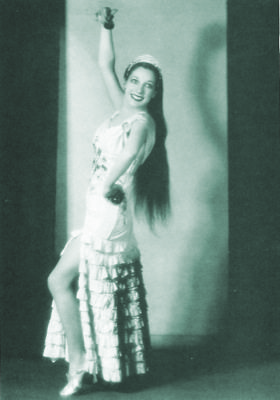 • Before Tuesday, August 19, 9:30am: Post a video, an image, a poem, an article, a song—whatever “home” is to you. At that time, each of the six companies will divide up your postings and use them as inspiration for the piece they will create on August 23. facebook.com/events/720864611288705/
• Stop by the Rose Wagner Performing Arts Center any time on August 23 to watch resident companies create works. No charge.
• The Rose Exposed: Home. Saturday August 23. Rose Wagner Performing Arts Center 138 W. 300 So. 8 pm. $25. arttix.org 100% of ticket sales donated to The Road Home (theroadhome.org).
slccfa.org/venues/rose-wagner-performing-arts-center