A Hero’s Journey for Kids

When I was seven, my parents took a train to North Carolina to attend the funeral of my grandmother and I was left at home in Maryland with an aunt. When they returned, everything went back to the way it had been before, which means we didn’t talk about the funeral or the death or even about my grandmother. Clearly something big had happened, and clearly my mother was sad. But in my house, we just let sad things hang in the air like dust.

So I think I’m just the right person to write a play for children that explores grief — because I wish someone had put on that play for me when I was a kid.

For the past few years I’ve been a volunteer at The Sharing Place, a support group for children and teens who are grieving the death of someone close to them. At every meeting I’m inspired by the teenagers in our group who, little by little, feel comfortable talking about the hardest things in their lives.

Still, when I decided to write a grief play for young children, I didn’t know where to begin. Sure, I had written plays about death before, but mostly these were plays that hid behind gallows humor: a woman afraid of what her survivors might write in her obituary; two sisters at odds over whether to honor their father’s wishes to have his ashes left at his favorite pie restaurant; a couple in some sort of afterlife watching their living daughter read from a memoir that reveals too much. But this play for children was different. I wanted it to be fanciful and funny, but most of all I wanted it to be honest. I wanted it to be a play that explored the questions kids have, and the questions they don’t know to ask.

Before I began writing the play, I met with Nancy Reiser, a child psychologist who helped start The Sharing Place two decades ago. I told her I thought I would make my play a kind of hero’s journey. Perfect, she said. “Grieving is always a journey.” I also talked with Jill Macfarlane, program director of The Sharing Place. Together, they helped me understand what our future audience of kindergartners through third graders knew and could absorb about death and loss. 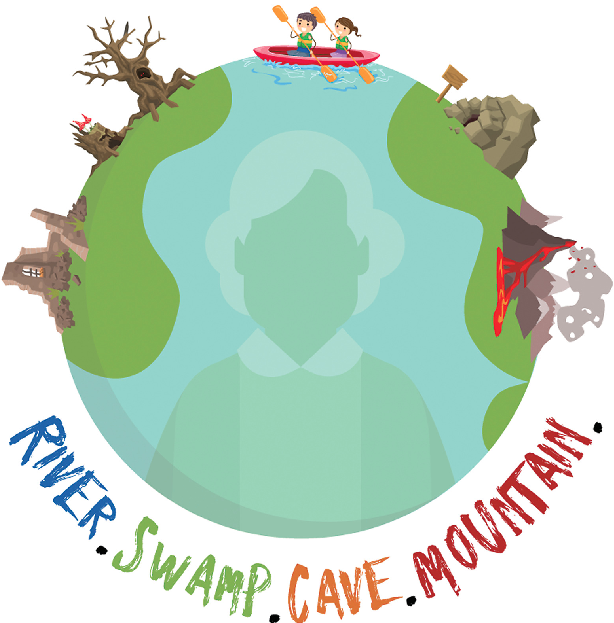 In River. Swamp. Cave. Mountain, eight-year-old Izzy sets out with her five-year-old brother JJ — and the audience — in search of a treasure, although they aren’t quite sure what the treasure will be. Along the way, as both children grapple with the death of their grandmother, there is possibly a river of tears, and maybe bears and monsters, and for sure some great big feelings like anger and fear.

This fall, we’ll take the short play, starring Ashley Maria Ramos as Izzy and Ben Young as JJ, to 15,000 students at 40 elementary schools in seven Utah counties. So we want to get it right.

The littlest children, say Reiser and Macfarlane, can’t really grasp the finality of death; the older ones get the big picture but could easily be confused about, for example, whether they were to blame if a parent or sibling died. Or, if they have never personally experienced a close loss — which probably applies to most of the children in our audiences — death might just be something they wonder about, or never think about at all.

I hope that River. Swamp. Cave. Mountain will provide some answers for children. I hope there will be surprises and laughter along the way. I hope that if someone they know experiences a death, they won’t be afraid to listen and talk to them. I hope the children will go home and tell their parents about the play, and that a real conversation can begin. u

Elaine Jarvik is a journalist and playright. Recent plays include Marry Christmas and Based on a True Story.

This article was originally published on October 2, 2017.