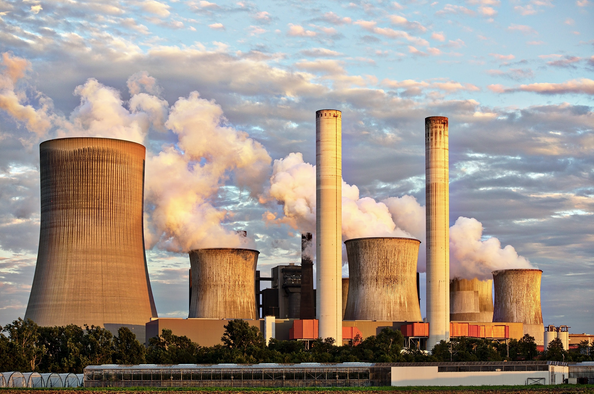 Ever wonder how they get lipstick that shade of chartreuse? The new (and free) Think Dirty app can tell you. Just fire it up and scan the barcodes on makeup, shampoo, soap, whatever, and it’ll tell you if the product contains BHS/BHT, GEGs, petrochemicals, parabens, phthalates, formaldehyde releasing agents, siloxanes, sulfates, fragrances or non-biodegradable ingredients.
http://thinkdirtyapp.com

Air pollution is bad for you — says the U.N.

Another for the annals of the No Shit Sherlock Society: The U.N.’s International Agency for Research on Cancer listed air pollution and the particulates it contains as a carcinogen last month. The agency classified air pollution as a “Group 1” carcinogen, which means there’s “sufficient evidence” it can cause cancer in humans. More interestingly, the agency concluded that air pollution not only can cause lung cancer, but bladder cancer, too.
http://tinyurl.com/airpollutioncancer

On a related note, a Dutch designer has created a prototype electrostatic vacuum to suck air pollution out of the air. It works on a small scale, at least: Using copper coils to create magnetic fields, Daan Roosegaarde was able to purify the air in a 270-square-foot room. He hopes to use a bigger version to pull pollution out of 164-foot cylinder of air in Beijing as a proof-of-concept. I’m not betting this works on a grand scale, but props for the idea.
http://tinyurl.com/airpollutionvacuum

Big developments on the GMO front this month. First, Mexico has banned genetically modified corn. And not in some pansy-footed American way of banning things either. Last month, a Mexican judge ruled that no more GMO corn can be planted in the country, effective immediately.

Second, farmers in Kauai’s Hawaii Co.unty must now disclose the use of genetically modified crops and pesticides, and honor a 500-foot buffer zone around schools, homes and medical facilities. There’s also preliminary approval for a bill to prohibit open-air cultivation of GMO crops.

Also, Washington state has a mail-in ballot vote for the mandatory labeling of GMO products (similar to the bill that failed in California last year). Unsurprisingly, businesses that produce or use GMO products have gone ape-shit, throwing around huge amounts of money to oppose the effort. In a quite-surprising turnabout, Washington state Attorney General Bob Ferguson has filed a lawsuit against the Grocery Manu­facturers Association, alleging that they illegally collected and spent more than $7 million opposing the GMO labeling ballot, while hiding the identity of contributors. http://tinyurl.com/hugegmonews

Good food on a tight budget

Ever wonder which are the most nutritious foods at the most economical price? The folks at Environmental Working Group (the people who bring you the Dirty Dozen and the Clean Fifteen app every year, telling you which veggies and fruits have the most, and fewest, pesticides), have released a new shopping guide. EGW assessed nearly 1,200 foods and picked the top 100 that pack in nutrients at a good price, with the fewest pesticides and artificial ingredients. Top of the list? Apricots, broccoli, oatmeal, cod (and squid!), chicken, almonds, black beans. Check out the guide for the full list—a lot of them are surprising, and you just might find a new favorite food. They’ve also got a great collection of nutritious and frugal recipes (the barley stew looks particularly tasty!).
http://ewg.org/goodfood

Get your (electric) ride on

Here’s yet another worthy Kickstarter: The FlyKly Smart Wheel. It is a self-charging, electric bicycle wheel. Yeah, they already have these, but this one’s different in that there’s no battery you need to hook up to your bike, and no mounting changes on the rear stays. You just clip the wheel in and ride away. The wheel also has a small computer with GPS capabilities, so you can connect it wirelessly with your smartphone (handlebar mount included) for directions, speed, distance traveled, etc. Once you’ve got the nine-pound wheel mounted, you open the included app on your smartphone and set a desired speed. You’ll need to pedal assist at first. The whole kit costs $590. You can reserve a wheel now on their Kickstarter—it goes on sale to the general public in early 2014.
http://flykly.com