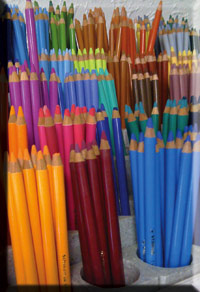 New ideas from near and far for a healthier, more sustainable future.
by Pax Rasmussen

Utah Clean Energy gets some dough

On December 9, Protect Our Winters (POW), a non-profit organization “dedicated to reversing the global warming crisis by uniting the winter sports community and supporting community-level initiatives,” announced that Utah Clean Energy (UCE) will be their next grant recipient. POW’s $4,000 grant will support the UCE’s Clean Energy Campaign, which has a 2012 goal for a 12% reduction in electricity and gas consumption in Utah, matched with a 12% increase in the use of renewable energy. UCE is a Salt Lake City based non-profit organization that seeks to “build the new clean energy economy through policy, regulatory and educational initiatives.”

The Environmental Protection Agency has released a new, interactive map disclosing facilities throughout the country that have violated environmental law. The map includes civil enforcement actions taken at facilities, criminal cases prosecuted under federal statutes and the U.S. Criminal Code, and cases in which EPA provided significant support to cases prosecuted under state criminal laws. Yep, Utah has a fair number of results on the map.

Go here to check it out: http://www.bit.ly/epamap. While you’re messing about with the EPA, check out their Most Wanted list: http://www.epa.gov/fugitives

We’ve all gone through the agony of driving endlessly around the block in an ever-widening gyre, looking for that one free parking spot, especially on Jazz game nights downtown. Maybe soon we can just pull out the smart phone and find the nearest empty spot. San Fran­cisco is currently testing a system, run by the company Streetling, that uses a network of parking sensors that communicate with a central network. That information can then be accessed with smart phones, or sent to street signs. GOOD magazine, along with IBM, has produced a video explaining the idea: http://www.bit.ly/wirelessparking. SLC is gaining a reputation for environmen­tal innovation; maybe we can be next to try this out. After all, we won’t need to create more parking if we can better use what we’ve already got.

You’ve likely heard by now that over-prescription of antibiotic drugs has caused strains of antibiotic resistant germs. New research from the National University of Ireland (published in the January issue of the Journal Microbiology), finds that bacteria exposed to increasing levels of the disinfectant benzalkonium chloride mutate and develop a resistance (up to 400 times) to the chemical. The bacteria also adapted to survive exposure to ciprofloxin, a common antibiotic drug. The only way to stop the mutation is to use enough disinfectant to kill all the germs outright—otherwise they get a non-lethal dose and live and adapt. One of the researchers called the findings “very troubling.” Maybe it’s time we got back to good ol’ soap and hot water.

On December 4, a unanimous decision by the Utah Supreme Court overturned the state permit for Sevier Power Co.’s planned 270-megawatt power plant. The justices called the state’s review of the plant’s pollution permit “woefully inadequate” and sent it back to the Utah Division of Air Quality to be redone. Among the reasons given for the rejection was that state officials “failed to adequately consider limits under the Clean Air Act for emissions of nitrogen oxide, a chemical component in smog formation,” and that “the state failed to consider alternative gasifying technologies to burning coal conventionally as the best way to control emissions.”

A short video documenting the eight-year fight to stop this power plant can be seen here: http://www.bit.ly/coalpowerfight