Go Drink a Glass of Water

There is a phrase I learned as a wildland firefighter, “hydrate or die.” We said it to each other mostly in jest, though in the back of our minds we must have known that, in our line of work, it carried literal truth. Some of the men I worked with carried two gallons, 16 pounds, of water in their packs each day and finished every drop.

As a woman working fire I learned to walk a delicate line between hydration and dehydration, drinking only enough to keep me sweating and working but not so much that I had to sneak off and pee. If I could get through the day without watering a plant it was a success.

But in my third year of fire I learned an important lesson. On a wildfire outside of Tooele, on a cloudless day in the middle of August, a member of my team collapsed. Practically unresponsive with a dangerously rapid heart rate and clammy pale skin, she had all the symptoms of dehydration and heat exhaustion. She had, in fact, exhibited warning signs hours earlier, stumbling on the trail and falling behind on the hike, but we had not heeded the signs. Now she lay on the trail, hours from medical help.

Fortunately, most people will never encounter such a scenario. But it can still serve as a good reminder to us all, now, as the summer heat approaches, to start taking hydration seriously, making it a daily measurement of good health, as important as eating fruits and vegetables or getting out for exercise.

Water is essential to a well functioning body. About 60% of our body weight is water. It makes up a quarter of our bone mass, three-quarters of our brain, and 80% of our blood. With so much H2O in our bodies, it makes sense that it’s involved in almost every bodily function from lubricating our brain and cushioning our joints to transporting nutrients and carrying away waste to regulating our internal body temperature. Maintaining good hydration means that all of these functions run smoothly, but it’s all too easy, and all to common, to forget.

On a normal day, the human body loses about one half to one gallon of water just through perspiration, breathing and urinating. Thirst is our body signaling that it’s low on this vital fluid. So we drink a glass of water and call it good. But is it? Most people, according to Salt Lake acupuncturist Keith Stevens, are constantly running on dehydrated bodies, suffering physical effects that they blame on other sources. 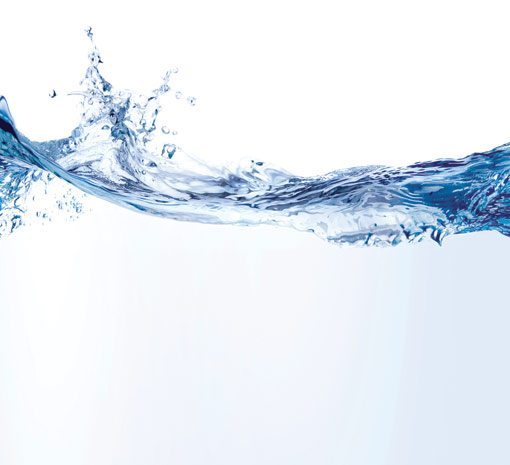 “Trying to function normally with a dehydrated body is like trying to run a restaurant on the busiest day of the year after firing half the staff. It’s a lot of stress on the system,” says Stevens, a slender, muscular man, who knows all about hydration’s effect on the body from personal experience as a climber and an athlete. Water, Stevens believes, is often the number one underlying factor in health and he monitors his patients’ hydration closely.

Emotional problems, insomnia, rapid heart rate, shortness of breath, lethargy, weakness, irritable bowel syndrome, vomiting—for a mountaineer these could be signs of elevation sickness. For an average human on a normal workday, they could be signs of any number of very serious health issues. But walk into Stevens’ office and you will likely receive this question, “How much water have you had to drink today?”

Remember that more than half of the body is made up of water. Plasma, the liquid portion of blood that contains red and white blood cells, is 92% water. So what happens when the body is dehydrated? For one, blood can become more concentrated and blood pressure can fall. Even mild dehydration which, according to the American Heart Association, is as little at 1-2% of body weight, can cause dizziness, weakness and nausea—physical symptoms associated with low blood pressure.

Water is the hidden lubricant to every functioning component on our complex human machine. Think you are suffering from arthritis? Do you experience sore and swollen knees after a long run? Try drinking more water. Cartilage in the body is made mainly of water. Cartilage cushions in our joints can’t adequately repair without enough water. Chronic dehydration, especially for an active person, can cause long term damage to joints.

Can’t digest food well? Suffering from heartburn? Try drinking water. When we eat, acids are released to our stomachs to break down food. The pancreas then releases a neutralizing agent so that the acidic contents can pass gently through the intestine. But without enough water, the pancreas can’t do its job, delaying the digestive process and sometimes even allowing stomach acids to rise into the esophagus causing heartburn.

So how much water should we be drinking?

“Bodies tell us we’re hungry long before we really need food, but when we start feeling thirsty we’re already way behind the curve,” says Stevens. At minimum, says Stevens, drink eight cups of water throughout each day—on very active days, even more. Think about it as drinking a glass of water every hour. This amount may seem excessive at first. Bodies adapt to being dehydrated. Yes, you may pee more often. But over time the body will work its way back to a well-hydrated state and begin absorbing the fluid and putting it to work.

As to our fallen firefighter that summer day years ago: My crew abandoned their assignment on the fire and spent two hours cutting out a landing zone for a helicopter evacuation. After a day in the hospital getting life-saving fluid pumped into her veins, she returned to camp and a few days later was back to work. We all learned a lesson.

• First thing in the morning, drink a glass of water.
• Consider all fluids, including tea, coffee, juice, milk, and soup part of maintaining good hydration. According to the National Research Council’s food and nutrition board, even caffeinated fluids that have a slightly diuretic effect are hydrating.
• Eating at least five cups of fruit and vegetables each day helps maintain optimum hydration levels.
• Make water a little more exciting by adding a squeeze of lemon or a sprig of mint, but avoid adding sugar.
• Sports drinks aren’t generally necessary. When exercising in extreme heat or at high intensity for more than an hour, it can be helpful to supplement water with a drink containing electrolytes and carbohydrates to prevent “hyponatremia,” a condition caused by low blood sodium which dilutes blood and could lead to symptoms similar to heat stroke.
• For moderate intensity, short-duration exercise (less than 60 minutes) drink water before, during and after.
• To know exactly how much water you need to replace, try weighing in before exercising and again after. Drink three cups of fluid for every pound lost.
• Monitor your hydration levels by checking the color of your urine. At optimum hydration, urine should be pale yellow, not too smelly or cloudy.