Get Dirty, Get Happy 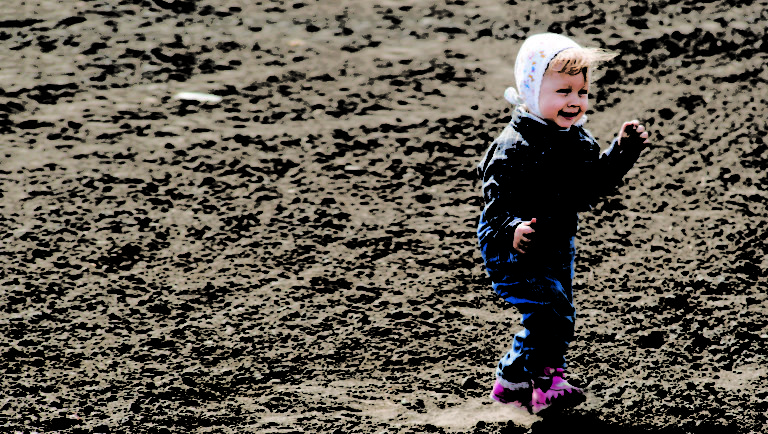 Hey all you conspiracy theorists, I’ve got news for you. We’re not being controlled by the U.N., I.M.F., FBI, CIA, LDS, Illuminati, Comcast, or Fox News. Nope, it’s much bigger—and smaller—than that. As it turns out, our thoughts, actions and emotions are pretty much controlled by bazillions of microorganisms. We’re under the thumbs, so to speak, of a bunch of thumbless organisms, including bacteria, viruses, parasites, fungi and who knows what all else.

There’s no Big Brother per se, but there sure are a lot of little ones.

And now the good news.

While we mostly know about the bad organisms that manipulate human behavior—think candida, rabies, toxoplasmosis—we’re discovering that there are plenty of good ones, too. Though “good” and “bad” are subjective terms here, since every organism on the planet is simply trying live out its lifespan, and in doing so sometimes causes harm to another organism. The flu virus isn’t evil; it’s just looking for a nice place to hang out and reproduce. I mean, who isn’t?

Anyway, one of the microbes that happens to control us in a good way is Mycobacterium vaccae, or M. vaccae (pronounced “emm vah-kay”). Ubiquitous in soil, M. vaccae is especially prevalent in soil that is rich with organic matter, like that found in peat bogs, old-growth forests, worm bins—and the average organic garden. Originally it was cultivated on cow dung, hence the vaccae, which is Latin for cow.

So how does M. vaccae affect us? It makes us happier. And healthier. And smarter.

The joy of gardening

“Gardening is the purest of human pleasures,” rhapsodized Francis Bacon, who somehow found time to garden whilst also running England, establishing the scientific method and writing many books. (He famously died from pneumonia while studying the effects of freezing on meat.) And he’s far from the only one to comment on the connection between working the soil and happiness. Any serious gardener will tell you they feel not just happier, but calmer and more clear-headed when their hands are in the dirt.

“I have never had so many good ideas, day after day, as when I worked the garden,” enthused John Erskine (the dirty-kneed teacher, writer and musician, not the ice hockey player). But until recently, scientists and gardening enthusiasts alike have assumed that the joy of grubbing around in the dirt was psychological, rather than biological (in addition to the known connection between vitamin D uptake and sunlight).

As it turns out, though, that’s not the case. An organism in your garden soil is actually a potent natural antidepressant.

A cousin of the bacterium that causes tuberculosis, M. vaccae has been studied for over 30 years as a treatment for tuberculosis (for which it’s been used successfully as a vaccine), asthma and other lung diseases. But it was only a decade or so ago that an oncologist noted an experimental M. vaccae treatment not only lessened her lung cancer patients’ symptoms, but also perked them up.

They were, in fact, happier, more energetic, had better intellectual focus and were far less anxious. M. vaccae, it turns out, was boosting the patients’ serotonin levels. And serotonin affects practically everything in the human body, including mood, memory, learning, appetite, sleep, aggression, blood clotting, wound healing, temperature regulation and cardiovascular, endocrine and muscle function.

This is your brain on M. vaccae

Other research on mood and M. vaccae (as far as I can find) is pretty much limited to mice. And the results are always the same: M. vaccae stimulates the immune system and boosts the production of serotonin in the brain.

As a result, mice fed or injected with M. vaccae consistently run mazes twice as fast as the control mice, and demonstrate far less anxiety. (And how do they test anxiety in mice, you might ask? By throwing them in teeny, tiny swimming pools and seeing if they flail or swim. Really. Be glad you’re not an anxious mouse in a lab.)

Unlike selective serotonin reuptake inhibitors, or SSRI antidepressants, M. vaccae stimulates only the serotonin-producing cells associated with elevated mood and cognition —and not those related to anxiety and insomnia.

In other words, M. vaccae is like Prozac without the bad side effects—only a zillion times better.

Because M. vaccae, also unlike antidepressants, stimulates the growth of new neurons and rebalances the immune system, fighting excess inflammation throughout the body. So it doesn’t just make you feel better; it actually makes you better.

At least temporarily. In mice, the effects of M. vaccae last for nearly three weeks, with the effects gradually tapering off.

The connection between M. vaccae and human health and happiness dovetails neatly with the “hygiene hypothesis.” It correlates the sharp increase in chronic immune, inflammatory and allergic disorders in the first world with the decrease of contact with the soil microorganisms with which we coevolved. And with our overuse of anti-bacterial cleaners. We are, essentially, sanitizing ourselves sick.

And if, as some scientists believe, depression is an inflammatory disease (there is a common genetic predisposition to both depression and allergic disorders), then it makes perfect sense that M. vaccae would do a double whammy on it. And, that, theoretically, M. vaccae could be used not just as a treatment for depression, but as a vaccine against it.

Interestingly, healthcare facilities that offer horticultural therapy often use sterilized soil to reduce the risk of infection in people with immune disorders. So while the intention is good, the patients aren’t actually reaping the real benefits of interacting with soil.

But does the boost in immune function endowed by M. vaccae offset the danger of less benign soil microorganisms, like toxoplasmosis? If continued human existence, after grubbing around in the dirt for the past 200,000 years, is any indicator—I’d say yes. (Just don’t play in the catbox.)

That doesn’t mean you should run outside and start eating dirt. (Though, I admit, I ate some last night.) As a supplement manufacturer that was including soil-based organisms in one of its products discovered, random soil bacteria can become spore-forming inside the gut, reproducing quicker than microscopic bunnies. And you don’t want dirt bunnies in your digestive system. For medical use it’s now cultivated and heat-killed to stop it from growing inside the person or mouse. The oncologist injected it; the most recent round of mice tests used an edible version.

If you’re a person who requires pill-poppable commercial versions of things, you’ll have to wait. Otherwise, it’s best to do what gardeners have always happily done: Get dirty.

Diane Olson is an advertising copywriter and longtime CATALYST contributor. In pursuit of journalistic truth—and a good serotonin buzz—she ate dirt (sprinkled on cornbread) while writing this article. 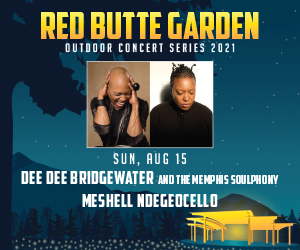