Genius Catalyst: Have an Average Day

Daily averages add up to excellence.
by Michael Neill 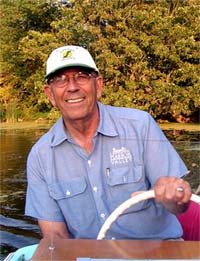 I was talking to my friend and mentor Steve Chandler once when he said to me "Have an average day!" A bit taken aback, I asked him what he meant. After all, isn't the idea to have great days, or even exceptional ones?

He then told me the story of one of his mentors, a man named Lyndon Duke who studied something called "the linguistics of suicide." After receiving doctorates from two separate universities, Duke began analyzing suicide notes to look for linguistic clues that could be used to predict and prevent suicidal behavior in teenagers.

What he learned was startling – the enemy of happiness is what he called "the curse of exceptionality." In a world where everyone is trying to be exceptional, two things happen. The first is that nearly everyone fails, because by definition if too many people become exceptional, the exceptional becomes commonplace. The second is that those few who do succeed feel even more isolated and estranged from their peers than before.

This leaves a few people feeling envied, misunderstood and alone, and tens of thousands of others feeling like failures for not being "______ enough" –  good, special, rich or even happy enough.

When I was in the thickest cloud of my own suicidal thoughts at university, I remember wishing I could run away from my presidential scholarship and hide, perhaps changing my name to "Bob" and taking a job pumping gas at a full-service station somewhere in the midwest. Only in my fantasy, sooner or later people would start to notice that there was something special about me. They would begin driving miles out of their way to have their cars filled up by "Bob the service guy" and exchange a few words with him, leaving the station oddly uplifted and with a renewed sense of optimism and purpose.

Before long, someone would discover how exceptional I was, and I would have to run away from their expectations all over again. I was, to my way of thinking, doomed to succeed.

Delusions of grandeur? Quite possibly. Depressed, hopeless and miserable? Absolutely!

One of Lyndon Duke's major breakthroughs came when he was dealing with his own unhappiness and heard the sound of a neighbor singing while mowing his lawn. He realized then that's what was missing from his life – the simple pleasures of an average life.

The very next weekend, he went to visit his son who was struggling to excel in his first term at university. He sat him down and told him about his revised expectations for him:

"I expect you to be a straight "C" student, young man," Duke said. "I want you to complete your unremarkable academic career, meet an ordinary young woman and if you choose to, get married and live a completely average life!"

His son, of course, thought Dad had finally flipped, but did take the pressure off himself to be quite so "exceptional." A month later he phoned his father to apologize. He had gotten As on all his exams, but it was okay because he had only done an average amount of studying.

And this is the paradoxical promise of the "average day" philosophy – the cumulative effect of a series of average days spent doing an average amount of what one loves and wants to do is actually quite extraordinary!

Let's put this thought together with another one of Duke's discoveries – that many of the young people he studied felt as though their lives had no meaning and made no difference to the world or anyone in it. As a practical philosopher, he realized that the meaning of our lives actually comes from the differences we make with them. Those differences need not be huge to be profound in their impact on both ourselves and others.

When we combine the two ideas, we have what may well be the ultimate goal for a happy and productive life:

To be an average, happy person making a bit of a positive difference and having a happy, average day.

In doing this, you create the kind of exceptionality that can be shared by everyone.

1. Choose an area of your life in which you have been trying to excel, for example, writing, sales, being a mom.

• Being a mom: Spending at least half an hour before school and half an hour after school focused 100% on being with the kids

3. Project forward into the future – if you did nothing but repeat your "average day" five days a week, how much of a difference will you have made in three months? A year? Five years? A lifetime?

• Writing 100 or so hours in a three-month period would probably be enough to complete an entire book; 400 hours in a year would be two books, some poetry and a screenplay. Over 2,000 hours over a five-year period would make me prolific!

• Spending at least an hour a day with my kids seven days a week is over 125 hours in three months; that's more than enough time to really get to know them and tune in to their wants and needs. More than 500 focused hours of time spent with my children over the course of a year will create an incredible level of friendly intimacy and positive familiarity; if I make even a tiny difference in each one of nearly 3,000 hours over a five-year period, the impact on their lives and sense of meaning in mine will be anything but average!

4. Do three things today that make a small difference – they can be as simple as a kind word to a friend, a warm smile to a stranger or picking up your children's socks without secretly thinking mean thoughts. Repeat daily for as often as you like.

Have fun, learn heaps, and have an average day!

Michael Neill is a life coach and author. Hear him Thursdays at 11am on HayHouse Radio or visit his website, www.geniuscatalyst.com. (c) 2007