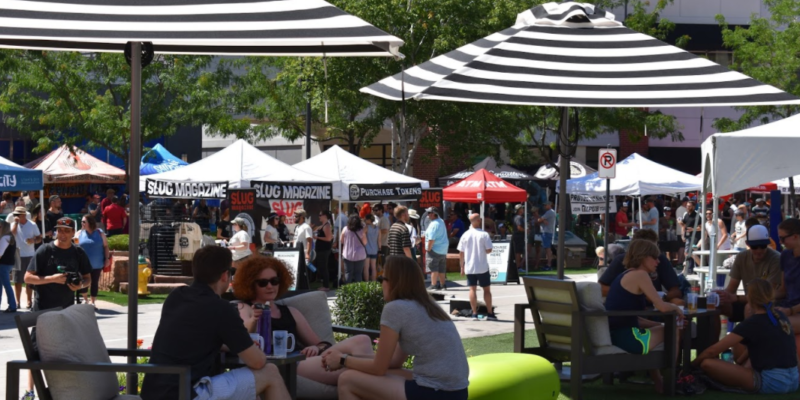 Over 20 breweries from around the state came to pour pints in the heart of Gateway Saturday, July 1. The fundraiser for the Utah Brewers Guild, hosted by our friends at SLUG Magazine attracted more than 1,500 people.

SLUG’s Executive Editor, Angela Brown, said that the idea began to germinate in 2007. “Ten years ago, when we created SLUG’s first annual beer issue, we had the dream of doing a beer festival that would highlight the brewers in our community. At that point in time, we really didn’t have the broadband to launch the event, so we tabled the idea. Earlier this year, the Utah Brewers’ Guild and The Gateway simultaneously approached us about creating a beer event. With our 10th Annual Local Beer Issue taking place this year, the timing felt right to unearth the idea of a 100% local beer festival.” They hope to make it an annual event. 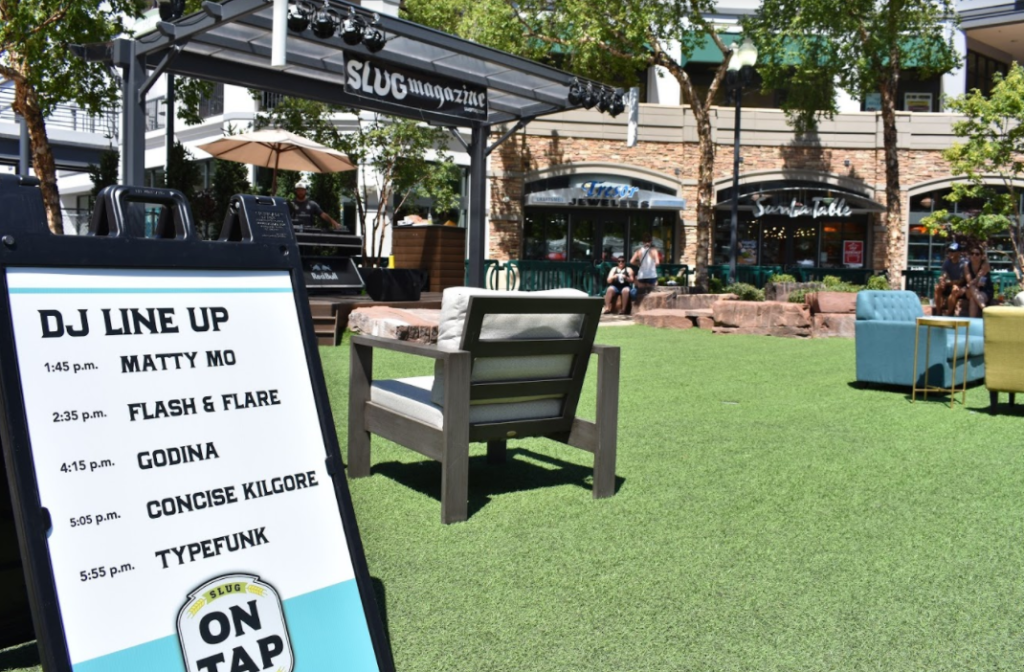 A full lineup of DJs, including Matty Mo, Flash & Flare, Godina, Concise Kilgore, and Typefunk, in addition to drinking games and local food trucks kept drinkers entertained while they sampled from over 80 beers. Standbys like Bohemian and Wasatch and newcomers like Fisher’s and RoHa showcased new brews and classics for festival-goers to test out. Funky patio furniture and astroturf around the Winter Olympics fountain turned The Gateway into a neighborhood block where friends and strangers shaded themselves and shared cold ones in the hot summer sun.

Finding like-minded underground allies in the growing craft beer scene made sense to the magazine, the out-of-state-owned mall, and the guild. “There’s definitely a kindred spirit between SLUG and Utah’s local craft brewers,” says John Ford, SLUG’s Community Development Manager. “We are each creators, striving to make things for our community and to improve the state of Utah in every way we can.”

You can pick up SLUG Mag on stands now and check out their recurring “Beer of the Month” column. 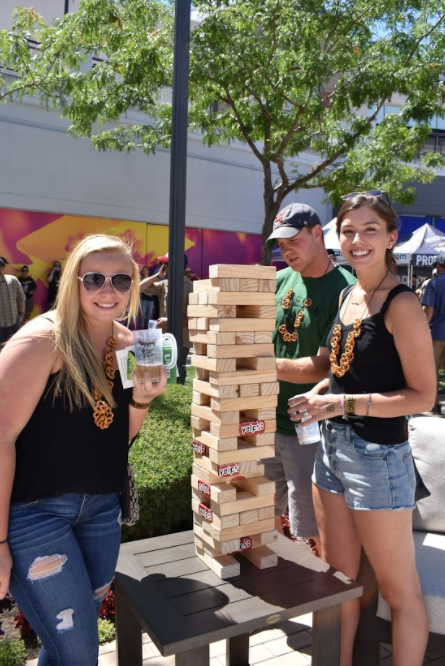 Friends enjoy a beer and a game of jenga at SLUG Mag On Tap. Photo by Samantha Pannier. 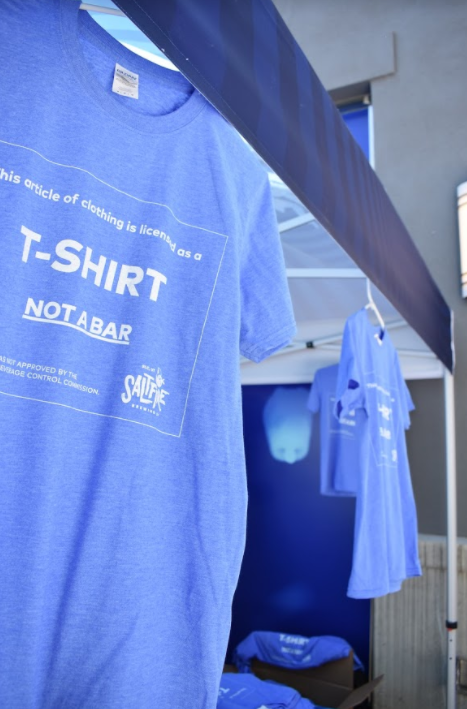