Film: Looking at the World

From inside our Glass House. Last month I read an op-ed piece by Garrison Keillor about a bill the Senate had just passed regarding “enemy non-combatants.” Its content stopped me in my programming tracks. I was in the midst of planning Salt Lake City Film Center’s fourth annual Amnesty International Human Rights Film Festival at the City Library and Juan Diego High School, held during the first week of November. The festival brings light and collective witness to dark corners of the world and exposes the truth of human rights abuses in countries all over the world. Keillor’s column is making the internet rounds under its Chicago Tribune head, “Congress’s Shameful Retreat From American Values,” though it appeared two days previous, October 2, in the Salt Lake Tribune with the tongue-in-cheek title, “No Need to Worry About Human Rights—We’re Doing Just Fine.” 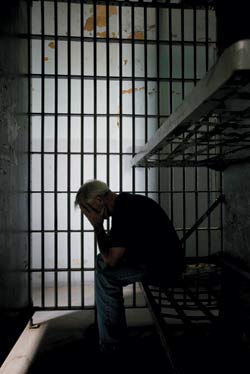 “I would not send my college kid off for a semester abroad if I were you,” Keillor advises. “Last week, we suspended human rights in America, and what goes around comes around. Ixnay habeas corpus.

“The U.S. Senate, in all its splendor and majesty, decided that an ‘enemy combatant’ is any non-citizen whom the president says is an enemy combatant, including your Korean greengrocer or your Swedish grandmother or your Czech au pair, and can be arrested and held for as long as authorities wish without any right of appeal to a court of law to examine the matter. If your college kid were to be arrested in Bangkok or Cairo, suspected of ‘crimes against the state’ and held in prison, you’d assume that an American foreign service officer would be able to speak to your kid and arrange for a lawyer, but this may not be true anymore. Be forewarned.”

Utah senators Hatch and Bennett, along with 63 other senators (including 11 Democrats), signed the bill. According to a New York Times editorial, Republicans had made it clear they would do political damage to anyone voting against the bill, branding them soft on terrorism.

“None of the men and women who voted for this bill has any right to speak in public about the rule of law anymore, or to take a high moral view of the Third Reich, or to wax poetic about the American Ideal. Mark their names. Any institution of higher learning that grants honorary degrees to these people forfeits its honor,” he says.

“If the government can round up someone and never be required to explain why, then it’s no longer the United States as you and I always understood it,” he writes. “Our enemies have succeeded beyond their wildest dreams. They have made us become like them.”

Our plans felt a bit hypocritical after reading Keillor’s editorial. So I made an executive decision that this year’s festival will focus on the interaction between democratic principles and human rights, including three human rights stories particularly appropriate for high school audiences.

From November 1-6, five days of films examine the impact of new American laws on American values and the civil rights of American citizens. My response to these films has more to do with proverbs than partisanship. As I viewed the films, the cautionary wisdom of not throwing stones if you live in a glass house resonated. In addition, I wondered how our own governing laws can avoid spiraling down to a mentality of “ an eye for an eye, a tooth for a tooth.”

The screenings at Juan Diego High School explore the impact of human rights violations internationally. The films showing at the Salt Lake City Main Library will examine the rise in militarization of our borders and immigration law, drug policy and mandatory sentencing conspiracy law, voting and transparency, questions from returning veterans about current disabilities law, and interrogation and military law.

We will also look at two biographical films on the fathers of the neo-conservative movement (Ronald Reagan and Barry Goldwater) and their impact on policies that are changing the way we govern today. The goal is to examine together how a democracy lives, breathes and re-invents itself, and also examine the role of dissent in a living, breathing democracy and whether this is the America our forefathers imagined.

Visit www.slcfilmcenter.org for film descriptions and a full schedule.