Putting a face with a name.
—by Jerry Rapier

Born in Alaska and raised in Rome, Tom knew he was gay from an early age. He also wanted to serve God as a Mormon missionary. A therapist prescribed the anti-psychotic Thorazine and six months later he was proselytizing along the Adriatic Coast, one of the first Mormons ever to set foot in Pescara, Italy.

Tom first met Gianni, the Italian Communist with whom he quickly fell in love, at a missionary-hosted community meeting. Their attraction was immediate and they were soon inseparable. Although modern-day missionaries must be in the presence of one’s companion 24/7, there was slightly more flexibility in the mid-1970s, allowing Tom and Gianni to steal shared moments —a conversation here, a kiss there—but, as Tom states in the film, “There was just no possibility to have sex and we just didn’t care. I was happy for the first time in years. I was completely off the drugs. I threw away what was left of the Thorazine.”

Elder is a remarkable film about love blossoming under remarkable circumstances. Within it we hear echoes of thousands of stories of faceless young Mormon men and women seeking a cure for their homosexuality through missionary service. The most remarkable thing about the film, however, does not lie in the details of the story being told but rather in how they were preserved on 8mm film. Elder is ultimately about the power of putting a face with a name, an homage to the power of film itself. 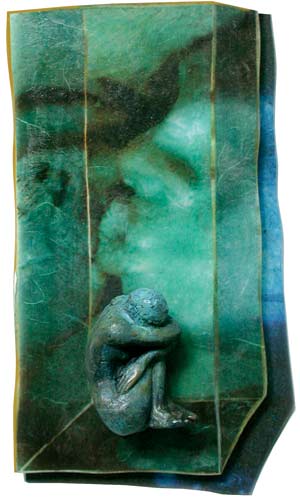 Tom, currently based in Utah, has spent the last 33 years as a professional photographer. He began taking pictures when he was eight. His father regularly shot home movies, so it was almost inevitable that an 8mm camera would accompany Tom on his mission.

Filming was well underway before Genéa Gaudet learned about the nearly three hours of 8mm footage of Tom and Gianni. She’d already filmed several interviews with Tom, including his recollection of the train ride that offered the lovers their only opportunity for full intimacy while ensuring their romance would end. She had gone to Italy to shoot background footage. But she had yet to see a photo of Gianni.

She recalled in an email conversation with me that, as she began viewing the footage, “it was immediately apparent who he was, despite the fact that there were tons of individuals in the footage. The gaze of the camera on Gianni and how he looked at the camera gave it all away.”

As we age, memories inevitably get fuzzy around the edges. In today’s world of smart phone cameras being just a pocket away, it’s nearly impossible to resist the urge to document rather than inhabit each moment. But it is possible to do both. Elder is a testament to the power of documenting the life you actually live.

Elder is a co-production of KUER’s VideoWest and The New York Times Op-Docs. It premiered at the Tribeca Film Festival and will screen June 17 in Salt Lake City on a double bill with Torben Berhard’s Transmormon (details at www.ElderMovie.com) before playing Outfest L.A. in July.

Jerry Rapier is Producing Director of Plan-B Theatre Company, receiving Salt Lake City’s Mayor’s Artist Award for Service to the Arts by an Organization at the Utah Arts Festival this month – www.planbtheatre.org