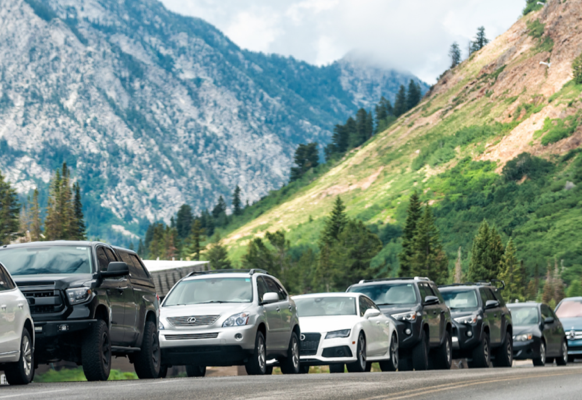 In May Utah Department of Transportation (UDOT) released updates on the Little Cottonwood Canyon Environmental Impact Statement (EIS) for the road from the intersection of State Route 190/Fort Union Boulevard to the town of Alta. The study addresses traffic, parking, transit use and avalanche control.

Along with proposals like tolls, more transit or reversible lanes, the revised planning document also says that the Draft EIS will consider a number of more exotic options to reduce canyon traffic congestion such as gondolas, light rail, sky train, and monorail. Planning documents offer a useful list of all proposals received during scoping, including ideas that are outside of the scope of UDOT planning.

Utah’s ski areas shut down abruptly in early March so it’s hard to evaluate whether any of these strategies worked. A Draft EIS with opportunity for public comment is due to be released in summer 2021.