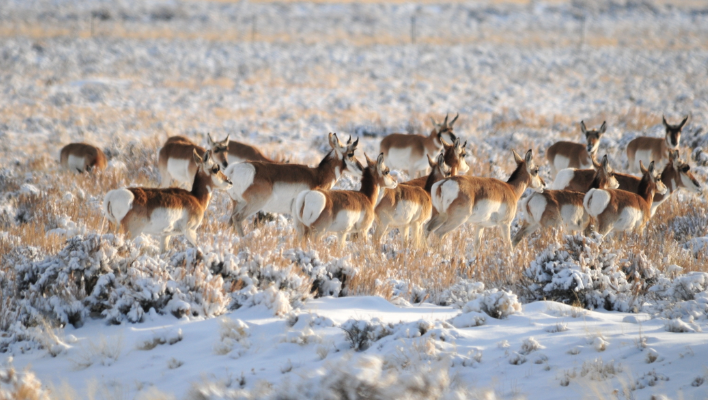 A coalition of environmental groups has filed a legal objection to a federal permit for 3,500 fracking wells that would cut off the “Path of the Pronghorn,” a 170-mile migration route between Grand Teton National Park and winter range in the Upper Green River Valley. The petition notes that the pronghorn migration route is “one of the longest large mammal migrations in the lower 48 and one of the few remaining long-distance migrations in the world.”

Along with species such as bison, mule deer, California condors and cutthroat trout, pronghorns are survivors of the Pleistocene mass extinction; they have been migrating along the same route for 5,800 years. The 42-square-mile footprint of the fracking area also includes important winter habitat for sage grouse. Environmental groups on the petition are Upper Green River Alliance, Western Watersheds Project and Center for Biological Diversity.

Path of the Pronghorn northamerica.wcs.org/wild-places/yellowstone-and-northern-rockies/pronghorn-field-program/pronghorn-migration-path.aspx