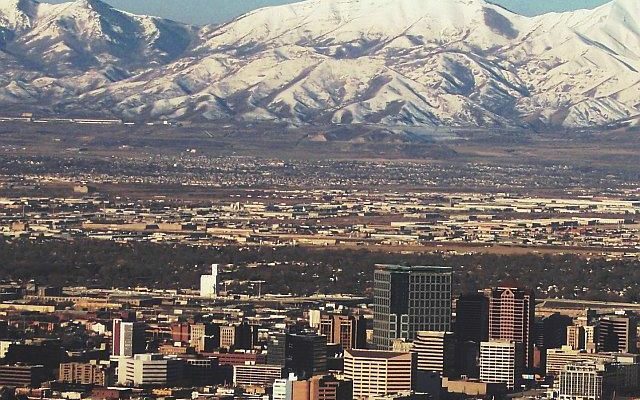 The area slated for Inland Port development overlies the epicenter of earthquakes that rattled Salt Lake City for several weeks in March and April. What could go wrong? The fault that slipped was not the famous Wasatch Fault; it was a virtually unknown fault near the Oquirrh Mountains. After the quake, geologists scrambled to install geophones so they can learn more how it might be connected to the Wasatch Fault system.

All things considered, this was a fairly minor earthquake, though it knocked the trumpet from the hand of the statue of angel Moroni that used to stand atop the Salt Lake City LDS Temple.

The Inland Port development area is already known to be in an earthquake “liquifaction zone” where the ground is composed of unconsolidated sediments that create particularly hazardous conditions.

To date, the Inland Port has still had no environmental planning. Now that earthquake hazards no longer seem so theoretical, it’s one more compelling reason to stop the polluting port.