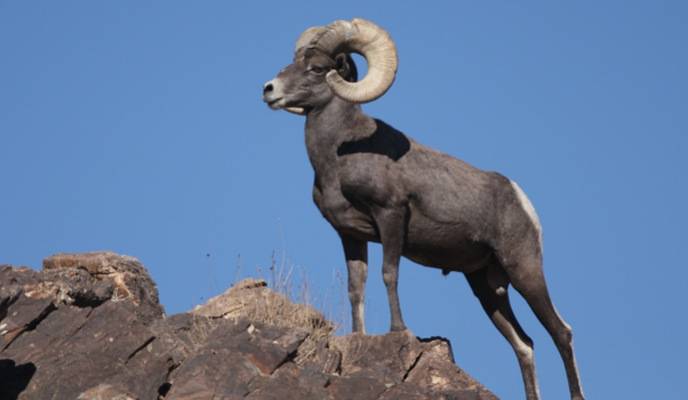 Utah Congressman Rob Bishop (UT-1) may not be running for reelection, but he’s not through causing public lands mischief.

In July, Bishop added a surprise amendment to the National Defense Authorization Act in order to transfer 850,000 acres from the Desert National Wildlife Refuge to become part of the Nevada Test and Training Range (NTTR) where the U.S. Air Force practices bombing.

The Air Force has been trying to seize the wildlife refuge since at least 2017, claiming that it needs a safety buffer in order to test more powerful weapons on the existing range and doesn’t intend to drop bombs on wildlife (though there would be nothing to stop them).

The military land-grab would block access to areas that are currently open to the public. Members of Nevada’s congressional delegation say that they were never notified of Bishop’s amendment and complain that the Air Force has failed to engage with affected stakeholders.

In 2019, the Nevada Legislature passed a resolution opposing expansion of the military into the Wildlife Refuge, which was created in 1936 to provide habitat for bighorn sheep.

The NTTR, near Las Vegas, Nevada, is on ancestral lands of Western Shoshone, Southern Paiute, Owens Valley Paiute/Shoshone and Mojave tribes. A 2017 Draft Environmental Impact Statement on NTTS Land Withdrawal contains a Native American perspective on the cultural value of the threatened landscape, including a list of 364 Native American traditional-use plants and 170 traditional-use animals that live in the refuge.

“The bighorn sheep are sacred to the Moapa people,” according to a resolution against military takeover issued by the tribal government of the Moapa Band of Paiutes. “Creation stories say that the Paiute people enter the mountains and left as sheep. In essence the sheep are people. It is our duty to protect the mountain sheep for if they all die, then we die too.”

Friends of Nevada Wilderness  are protesting Bishop’s amendment with the hashtag #DontBombTheBighorns.