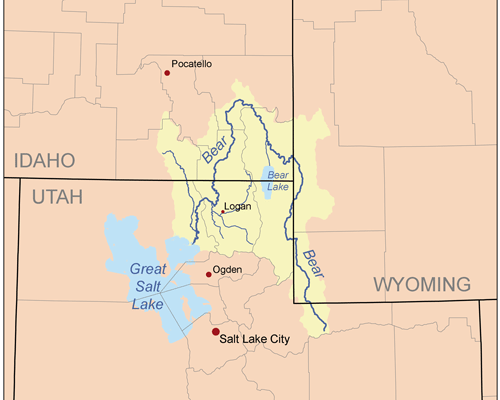 Utah Congressman Rob Bishop (R-UT-1) used his position as chair of the House Committee on Natural Resources to kill off the Land and Water Conser­vation Fund (LWCF), a popular conservation program that uses money from offshore oil and gas leases to purchase new public land for conservation and recreation.

During the past 50 years LWCF has contributed more than $171 million to Utah public lands and has been used for purposes such as creating linkages on the Bonneville Shoreline Trail and purchasing private inholdings in the Wasatch Mountains.

Even though a bill to reauthorize LWCF would have easily passed with bipartisan support, Bishop simply sat on the bill and let the fund expire on September 30. Bishop says he merely wants to reform the LWCF and accuses “special interests” of trying to hijack LWCF to “continue to expand the federal estate” (by “special interests” he seems to mean citizens who enjoy public lands recreation, not industrial special interests that lease public lands for mining, oil and gas, cattle grazing and such).

Bishop and other opponents of LWCF claim that the federal government should not buy new public land since there is already a deferred maintenance backlog on existing public lands. It is true that as of September 2014, the National Park Service alone had a deferred maintenance backlog of more than $11 billion, but the shortfall is because the U.S. Congress has refused to adequately fund parks, not because the parks are unmanageable. Since 2011 the so-called “sequester” has triggered harmful automatic budget cuts which caused the federal government shutdown in 2013 (and incidentally demonstrated that national parks are essential to Utah’s economy).