Enviromental news from around the state and the west.
by Amy Brunvand 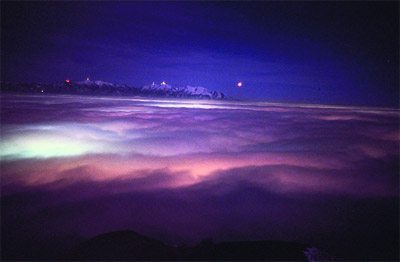 Tar sands threat rises from the dead
More than 20 years ago the appalling notion of strip-mining Utah tar sands was shelved since there was no economically practical way to extract oil from tar sand deposits. However, now that oil prices are high, the Bureau of Land management threatens to reinstate tar sands leases that expired in the1990s. The so-called "Tar Sands Triangle" is an area of about 200 square miles located in southeastern Utah between the Dirty Devil and Colorado Rivers. Expired leases exist close to national parks and on scenic lands that the public assumes are protected from industrial development such as Escalante/ Grand Staircase National Monument, Glen Canyon National Recreation Area, Fiddler Butte and French Spring Canyon. Tar sands strip-mining has been an environmental disaster in Alberta, Canada, turning the earth inside-out with little hope of restoration. On March 14, a coalition of environmental groups including the Southern Utah Wilderness Alliance, Natural Resources Defense Council, National Parks Conservation Association, and The Wilderness Society filed a lawsuit against lease reinstatement saying that it is illegal for BLM to reinstate expired tar sands leases since the requests to reinstate were not made before the leases expired more than a decade ago.
SUWA: BLM May Allow Disastrous "Tar Sands" Development: www.suwa.org/site/PageServer

HEAL Utah celebrates anti-nuke victories
Members of the Healthy Environment Alliance of Utah had reason to celebrate in March. First, the proposed Divine Strake bunker-buster simulation test was cancelled due to public outcry and fears that the non-nuclear test would raise a cloud of contaminated dust from the Nevada Nuclear Test Site. Another major victory against radioactive waste came when Governor Jon Huntsman, Jr. signed an agreement with Energy Solutions-he will request a cap on the volume of radioactive waste going to the storage site, and they will abandon plans to build an 83-foot-high super-cell storage facility. HEAL suggests calling Gov. Huntsman at (801) 538-1000 and thanking him for the cap he has put on EnergySolutions.
Divine Strake Cancelled: www.utah.gov/governor/ news /2007/news_02_22_07a.html
EnergySolutions agreement: www.deq.utah.gov/docs/ ES_Agreement.pdf

Sagebrush habitat restoration in Uinta Basin
Over the past 50 to 60 years, sagebrush habitat for deer and sage grouse has been declining in the Uinta Basin due to the lack of periodic fire, according to a March 1 BLM news release. In 2007 BLM is planning approximately 8,000 acres of habitat project work in Little Hole, Diamond Mountain, Browns Park, and the Book Cliffs. These projects entail the mechanical removal of encroaching pinyon and juniper trees, prescribed fire, and the seeding of more desirable forage species.
www.blm.gov/ut/st/en/info/newsroom/2007/03/habitat_initiative.html. www.greenchoices.utah.gov/

Climate Change Symposium webcast
Did you miss the Climate Change symposium on March 13 at the Utah Department of Environmental Quality? No problem. You can view the presentations by webcast. Presenters included David Chapman (professor of geology and geophysics at the University of Utah) speaking on historical and monitoring evidence, climate scientist Caspar Ammann speaking on global climate modeling, and Fred Wagner (professor emeritus, College of Natural Resources, Utah State University) speaking on regional aspects of climate change. In discussing how climate change could affect Utah, Wagner reported that the Great Salt Lake could rise past 1983 flood levels; cold-adapted species are already being forced to higher altitudes (for example, a five-degree July temperature rise could reduce Utah's trout habitat by 40% due to stream warming); and increased evaporation means that a four-degree temperature rise could reduce flow to the Colorado River by as much as 9% to 21%.
Climate Change Webcast: www.deq.utah.gov/Issues/ Climate_Change/Symposium.htm