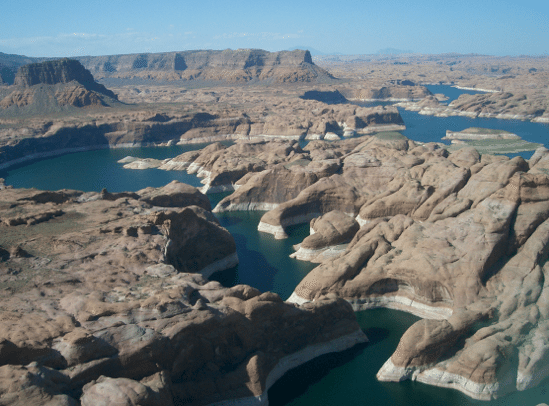 Alice Toler’s mind is a deep-thought generator. Give her a shadow of an idea and within minutes a compelling, artistically lit reality hovers in 3-D. (I’ve noticed this skill in art director Polly Plummer Mottonen, too.) What began as a Facebook chat about alternative uses for trampolines last month became “Breaking News—an Attractive Nuisance: Turn off the tube and go clean out the gutters” in this issue.

Likewise, a short assignment on the practicality of backyard ponds in a desert environment turned into a fascinating dialogue with her entomologist husband about the critical water needs of beneficial insects and urban wildlife.

That story is illustrated with a photo of an ever-expanding hole behind the CATALYST office that John deJong has been digging, then terraforming (like the engineer he is) since last summer. It could eventually become downtown SLC’s version of the Kennecott pit were it not for the Wasatch Community Gardens’ Urban Farm Tour in June, for which this hole must be transformed into a pond with attendant fish and water-filtering marshes; in time, I hope, to attract some dragonflies and Jesus bugs, too.

It will also reactivate one of my major philosophical dilemmas I’ve shared here before: coping with raccoons, for which water, and chickens, are the ultimate attractive nuisances. Watching the babies toddle along the fence and learn to climb the box elder on summer nights is akin to watching “Criminal Minds”—entertaining but full of foreboding. And when the adults lounge on the henhouse roof, and images of inevitable carnage come to mind, I want to change the channel. For TV, I call that good mental hygiene. But in the backyard, one must deal. I can relate to a blood-lusty rancher who has it in for a livestock-killing coyote, though my preferred weapon is a loud voice and a lot of bluster. For now.

Knowing my capacity for violence in defense of my hens prevents me from applying the “Coexist” bumper sticker someone gave me (though it is handy advice in traffic). Perhaps I’ll put it on the henhouse. But there’s also the question of the slingshot, which Pax wants to teach me to use.

Speaking of raccoons, I walked into Salt Lake County Animal Services shelter at 39th So. 500 West last month—just to look, honest; walked into the cat room, and locked eyes with the first cat I saw: an enormous, alert Maine Coon. I was astounded to learn this gorgeous boy had been at the shelter since January 16. Weighing in at 13.4 lbs, he is talkative, affectionate and mostly well-mannered (though fierce when it comes to dogs). Yes, I walked out the door with him in a bulging cardboard cat carrier. We call him Mosey Poesy. Like baby Moses found in the reeds, like “moseying” as he walks, like a poem, also a posey. He eats flowers. He is maybe five. History unknown. May he live long and happy.

Right now he is frightened of the chickens (though he’s at least twice their weight). But I hope he will be my decoy raccoon, and the real ones will give him, his hens and this eventual pond wide berth.

6 a.m. A massive moon—full, tonight—looms low over downtown Salt Lake. The chirps and hum of ambitious birds and cars on the move signal night’s end, even though it’s still dark.

I was going to write this month about spirituality and ecology. Charles Eisenstein (Sacred Economics) was just in town. Tim DeChristopher (of Bidder 70 fame) has been released from prison. May 4 is the 43rd anniversary of the Kent State killings. The U of U Humanities department is organizing a spirituality and ecology conference. I’ve been thinking of Ram Dass, and how, years ago when he visited Salt Lake, he mentioned he had a photo of then-secretary of Defense Dick Cheney on his altar; it took me years to figure that one out. But he was on to something we need to discuss.