Job changes at the Salt Lake Tribune—and at CATALYST.
—by Greta Belanger deJong

Shift happened for a lot of Salt Lakers last month. You probably read or heard about the massive staff cuts at the Salt Lake Tribune: A large percentage of the people who make a publication worth picking up—the writers and editors—were let go to accommodate budget cuts. Perhaps the biggest surprise was the dismissal of science writer Judy Fahys, who covered air pollution, nuclear waste and climate change.

At CATALYST, with an in-office staff of six (with varying schedules; it was rare that we all overlapped), we knew for several months that our bookkeeper/office maven Carol Koleman would be leaving us in September; she was joining her sweetheart in Boston. 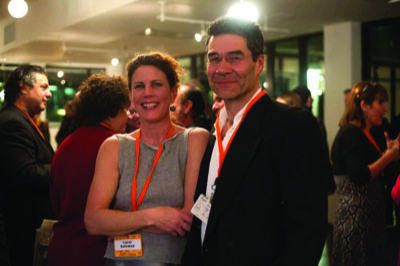 Carol and I had been friends before we became coworkers. We rather adored each other, completely separate from my gratitude for her eventual presence in the office. We were practically neighbors. She wrote and illustrated the Goddess series that ran quite a while, and later on the “Animalia” column. She worked here for six years. I put off thinking about the inevitable as departure day drew nearer. I think I’m still in denial.

Before that day arrived, however, our new account executive, Adele Flail, landed a job more in her field at the Museum of Fine Arts at the University of Utah. Adele has been affiliated with CATALYST for years as a writer (she did the series on the Slow Food Utah micro-grant recipients last year) and artist: Her illustrations of Diane Olson’s “Urban Almanac” led to illustrating Diane’s book based on that column which came out last fall (Gibbs Smith Publishing).

Then… drum roll… Pax Rasmussen, who has been my right hand man for nine years (though frankly I don’t recall when he wasn’t around), announced that he had received the proverbial offer he couldn’t refuse. He, too, would be traveling up the hill to an office at the University of Utah. 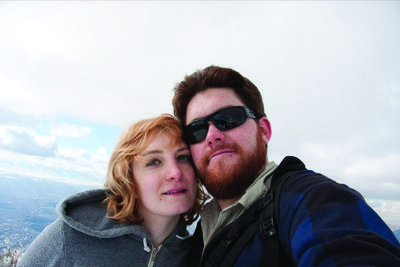 Pax worked for CATALYST through grad school, before moving to Oakland for a while. We were housemates several times. He’d begun as office assistant and quickly made himself indispensible, last year becoming managing editor. He was great for brainstorming and the other b.s.ing, too. We raised bees together (though he’s the one who really knew what was going on). He got me a hen house. Our bikes matched. He liked to cook. He gave me dating advice. Plus he was a kind and inspired employee who was great with people, great with machinery, was really smart and could write. Oh, and did I say he was funny? If you give an employee enough leeway, they will find really good cartoons. On top of all that, he got the job done.

Eventually he grew up which is to say he married Adele and they bought a home of their own together with a huge garden space and chickens and bee hives and a dog. And a job befitting his stage in life, health benefits and all.

CATALYST downsizing is not similar to the Trib’s, for the above reasons as well as this one: We figured out that Carol can still do the most critical portion of her job from her new home in Boston. And Pax will still be able to manage our website and the CATALYST Weekly Reader, which comes to you via email (you do subscribe, yes? If not, go to our website and sign up!). And so we all remain connected, although, of course, it is not the same.

John deJong, Jane Laird and myself remain as in-office staff. It is apparent who the noisy ones were, as the office is very quiet now. We three have heftier responsibilities, at least for the time being; we’ll see how needs unfold. My gratitude to John and Janey is immense. Longtime contributing writer Katherine Pioli has joined us as staff writer. Heather May, former food writer for the Salt Lake Tribune, will be writing food-related stories for CATALYST. I hope you will also see Adele’s byline in CATALYST again soon.

I can’t say anything profound about change except that I feel its power. It is the thing that makes us realize time is passing.

A lake is becoming a river. At least, the lake has an outlet. Energy is flowing. I guess that can’t be such a bad thing. But I’m feeling pretty nostalgic right now. 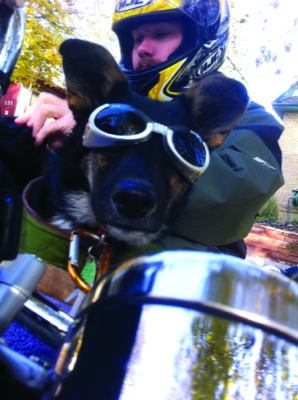 This article was originally published on September 29, 2013.